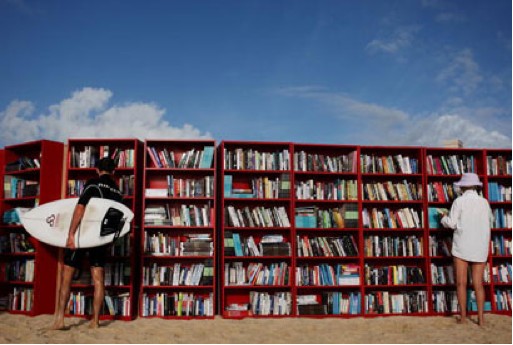 READ THESE: YA Beach Reading Edition

In honor of the upcoming release of the cinematic rendition of Divergent (a book series I really enjoy, but don’t quite love), I figured I’d point out some under-explored gems of the Young Adult community for you to explore, preferably on a beach this summer with a margarita in one hand, an amazon kindle in the other, and a handsome gay couple next to you.  Without further ado:

(in no particular order)

THE RAVEN BOYS – steeped in cynical mysticism and beautifully written by Maggie Steifvater, The Raven Boys centers on Blue Sargent (the seemingly normal daughter in a family full of psychics and mediums) and the boys of Aglionby Academy. There’s definitely a love triangle (although it’s blessedly under-explored in the first installment) and fascinating confluence of fate and hope. Mostly, though, it’s Steifvater’s writing and characters that makes this book so engaging.

DAUGHTER OF SMOKE AND BONE/ DAYS OF BLOOD AND STARLIGHT – this soon-to-be-trilogy (third installment coming not-soon-enough) is similarly beautiful. The first book feels much more typical YA: mysterious, amnesiac Karou starts to uncover the truth behind her strange, mystical world, only to discover that she is a part of a tragic love story with world destroying, genocidal consequences. Laini Taylor’s vivid imagery and poetic, but not pretentious, writing carries it through and gives the story heft. But the second installment, Days of Blood and Starlight, turns into a much deeper vehicle, full of tough, nigh-impossible choices, deep guilt, a respect for life and desire for peace that go much further than most “adult” books. It’s a war novel that happens to be about angels and demons and the thousands of gray areas in between.

WILL GRAYSON, WILL GRAYSON – you could easily substitute any book by John Green here, but I’m choosing Will Grayson, Will Grayson because of how thoroughly modern it feels. Not only does it feature the world’s most anti-climactic coming out scene, but it describes the modern landscape of technology-laden teen courtship better than nearly any book without numbers in its title (E.g. L8r H8rs: A Real Girl’s Story). Green (along with co-writer David Leviathan) chronicle the story of two very different Will Graysons as their lives collide right at a major turning point for both of them. It’s one of the most real and honest stories I’ve ever read, and like anything Green has touched, a beautiful, engaging story of turning into an adult among tough circumstances.

THE ABSOLUTELY TRUE DIARY OF A PART TIME INDIAN – Sherman Alexia brings you completely into the world of a budding cartoonist torn between the pull of his Native American ancestry and his desire to escape the confines of his tribe’s reservation. He’s also darkly  funny, intelligent and achingly honest about racism, hope, and family, especially for a book I’m putting on my “fun summer time reading list”. I read this over two years ago, and it still sticks with me.