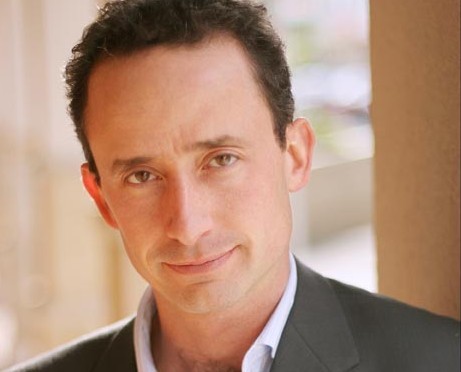 One of our Best Actor in a Play nominees this year, John took the time to tell us about the unique challenge of creating a character for a world premiere.

Can you remember your first experience with theatre? When did you know you wanted to be an actor?
In seventh grade french class, when given the choice, I would always opt to perform a skit rather than write an assignment. I was a super hero.  My parents met working at The Little Ottawa Theatre. They never pursued a career in the arts but they were very supportive of all their children doing so. They took me to everything; Broadway, West End, musicals, straight plays, pantomime, opera and jazz. They really instilled an appreciation for live performance in me.

Where did you train?
I graduated from the Dalhousie University Acting program.  I trained then worked then taught with Shakespeare & Company in Lenox, Massachusetts.  I then studied at the Philippe Gaulier International Theatre School in Paris, France.

How did you first encounter Daniel MacIvor and his work?
All through my training years I was reading Daniel’s plays and using his monologues to audition.  His plays spoke to me. In the 90’s I saw Daniel perform House at The Factory and it blew me away. We met briefly performing at the Super Nova Festival in Halifax and then a few years later Daniel saw me performing in The Crucible at with Two Planks and a Passion Theatre in Nova Scotia and asked me to workshop The Best Brothers.

You’ve been with The Best Brothers since the beginning. How long has that process been?
The process involved two workshops at Stratford over a period of two years.

What are some of the rewards and challenges to working on a world premiere as opposed to an established piece?
Changes to the script were still happening all the way through previews and even just before opening so I’d say it was terrifying but at the same time so cool to be a part of this new play’s creation.  The audience truly is a large part of the process and it’s a gift to be able to try things to see how they land with different audiences and to see how that informed the last few adjustments to the show.  I was able to watch the adeptness of an artist I’ve always admired fine tune a piece of writing, to be inside the process.

You lost your mother while working on The Best Brothers. How did that affect your experience of the play?
Yes. This play seemed to come along as a gift.  I was devastated.  Working on this show allowed me to touch in on very deep sorrow in a safe, heartfelt and even humourous way.

Do you feel that the play effectively captures the complicated dynamic of mourning a parent and surviving the aftermath?
I’m sure every situation is different but the play seemed to tap into many universal truths.  Beyond capturing a specific dynamic, just watching these two characters deal with the death of their mother and to deal with each other allows the audience to be drawn in and once an audience is drawn in this safe container is created where they are allowed to feel.  The story itself falls away and the audience is left with their feeling.

What’s it like working with the writer as a co-star?
Brutal. Really brutal. [Laughs]. But seriously, Daniel was a genius at being an actor committing 100% and being able to hear the play with his writer brain at the same time.  It was our job to commit to the writing but he could tell when the writing was or wasn’t helping and was be able to change it.  We don’t have the luxury of doing that with an established piece.

They say never work with animals if you can help it. Any amusing dog-on-stage related hijinks to share?
Buddy was going to come on stage in the final scene all the way through the rehearsal process. Finally in dress rehearsal he saw an audience for the first time and became much more interested in them than in his scene. I think it was during one of the first previews that Buddy beelined it for a seeing eye dog in the front row and Daniel had to chase after him that it was decided that Buddy would only come on as a surprise in the curtain call.

Do you have a favourite moment from that production?
I loved the eulogy.  It was truly vaudeville.  Such a devastating scene but hilarious to play; These two brothers have completely opposing rhythms and styles, a great comedy duo!  It was very Smothers Brothers!

Did you see any of the other shows while in Stratford last season? What were some of your favourites?
I loved being in Stratford. – so much talent everywhere. I saw everything I could. I especially loved Wanderlust and Cymbeline and Hirsch.

What have been some of your favourite roles you’ve ever played?
Top three: Malvolio at Shakespeare by the Sea, Swinburne in Graham Percy’s Brightest Red To Blue for Forerunner Playwrights Theatre and Kyle in The Best Brothers.

Do you have any dream roles you’re just itching to play?
A role only ever really becomes a dream once I’m inside it and it’s happening. I have a hard time imagining the dream beforehand.

What are you working on now/what’s next?
I’ve just moved to Toronto and am working on settling in here. I love it. I’m working on a two-man-show and I hope to have a reading by this summer.