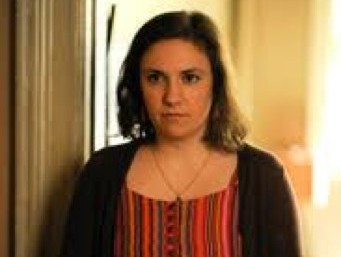 Faces of the Young and Stupid

I’ve written previously about my connection with the Girls’ character Hannah. It is not a connection I made  up – I have literally received phone calls and texts from many people after a given episode, so amazed are they by the connection. It’s not entirely flattering: she’s a chubby, semi-unemployed, self-important whiner. But neither is it entirely an insult (I hope). For all Hannah’s faults, she’s also interesting (and just as important, interested), ambitious (albeit in a less focused way) and creative. I don’t really think I’m a Hannah (a comparison that dwindles further with every episode. I would NEVER wear a mesh tank top in public, thank you very much, and I can’t imagine that any level of cocaine would make me enjoy club music that much).

All in all, though, it’s a great time to be a young woman on television. Just a few years after I complained about the lack of female friendships on TV and following a time when you could either be a Samantha, a Carrie, a Charlotte or a Miranda (blergh), we now have many examples of what being young, foolish, and not entirely together can look like.

The Mindy Project has had a rough first season to say the least. They’ve struggled to bring ANY of the supporting characters up to the level of Mindy and Chris Messina (Danny); they squandered Josh, who I loved (although I understand why he needed to go); and they’ve absolutely failed to define audience expectations for any given episode – am I tuning in for a hang out comedy? A quirky workplace sitcom? A hyper-pop-culture-aware rom com? I’d be down for any of these shows, or even some cool hybridization of all these elements, but The Mindy Project has thus far failed to make me believe in any version of the show, as each one has supremely weak elements.

One of the biggest problems is probably Mindy, both Lahiri and Kaling, whose comic chops and charisma dominate every scene but fail to give the show structure. Still, the show is at its best when it takes Mindy at her word. This week’s episode, “Harry & Sally,” was one of my favorites, and it fell firmly into the pop culture literate rom com mode, but what distinguished it was its reliance on the characters and shows strengths (mostly, a lot of pop culture gags and sprinklings of sweetness). Mindy remains an intriguing protagonist, wracked by insecurities, occasionally painfully self-centered, but supremely funny and ultimately kind, and her chemistry with Chris Messina continues to power the show through. I just hope The Mindy Project gets through its identity crisis intact.

And speaking of identity crisis, we have the perpetually in crisis Hannah. This article originally started as review of the first three episodes of Girls, but I realized I didn’t have much to add this far after the fact. So far in season two, Hannah has attempted to nurse Adam back to health, done cocaine, spouted semi-racist bullshit at Troy from Community, and showed her boobs. A lot. Hannah is clearly in the midst of an identity crisis, one mirrored by Marnie’s. At this point, although I love Shoshanna, Marnie and Hannah are the only two characters with any real story traction. But they are supremely lost, prone to incredibly bad decisions (seriously Marnie, was there any chance sex with Elijah ended well?), and while this makes Season 2 of Girls even funnier than Season One, it also makes it sublimely depressing.

Which brings us to New Girl, which is having a truly fucking stellar second season, one of the best runs of hilarity I’ve ever seen, starting with season one’s “Jess and Julia” and carrying straight through to this week’s amazing, breathtaking, True American-filled “Cooler.” I could talk a lot about the season of Nick Miller (who honest to god is having a break out season. The man’s every line is a fucking goldmine, and that’s a testament to Jake Johnson really finding the heart of this character), but I came here to talk about the ladies.

When the show started, its biggest attraction was also its biggest drawback: it had a Zooey problem. For reasons that have never been entirely clear to me, people really wanted to hate on Jess as a woman child incapable of handling her life. But despite a brief period of lost-unemployment (which, damn it, happens to the best of us), Jess is not a child in need of growing up. She’s a late-twenties, early-thirties year old whose maybe a little too dependant on her roommates, but who goes to work, has relationships, and pays her bills on time. She just does it while wearing polka dots.

One day, I may be able to think of myself as Leslie Knope, but let’s be honest. At 25, I was always going to be professionally lost and personally struggling. I’m not ready for a lifetime of Settlers of Catan games on the couch with Ben Wyatt when I’m done with my day-job as the first female president. For now I aspire to be cheerful, kind, and surrounded by people who love me and want to play absurd drinking games with me, like Jess, as I attempt to figure myself out. Sometimes I may be the overly boy crazy Mindy or the flighty self-obsessed Hannah, but as I work my way towards total Knope-ification, I’ll happily settle for a little Jess in my life.

SIDE NOTE: How amazing was Tuesday night’s New Girl? DISCUSS.