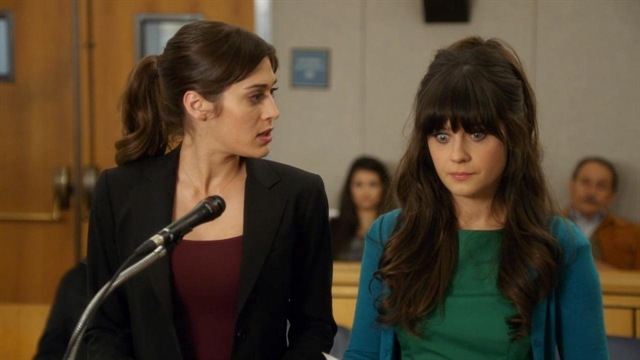 Shut Up About The Manic-Pixie-Dream-Girl Thing!

I’ve been thinking a lot lately about the concept of the Manic Pixie Dream Girl. It was started here by AV Club writer Nathan Rabin as a description of Kirsten Dunst’s character in Elizabethtown, and, by extension, as a deconstruction of the type of female character that seems to exist solely to propel a male protagonist’s personal journey forward with little to no actual inner life short of a bunch of assembled and Adorable quirks. Really, just read the link, Rabin does a way better job explaining it than I ever will.

And for a long time, deconstructing MPDGs when we found them was a lot of fun for movie and television critics. I know a lot of feminist blogs that really, really love to hate on this trope (actually, check out THIS awesome video on the trope). I myself had fun picking these out, and identifying their closely related cousins, The Depressed Long-Haired Dream Girls (popularized by Kristen Stewart in Adventureland).  But honestly, it’s turned from a criticism designed to promote actualization of female characters to one used to diminish female characters for traits that some people just find annoying. If you want to discredit a character or even person, apparently, in modern film and tv internet criticism, there is no quicker way than to call them a Manic Pixie Dream Girl.

Which brings us to New Girl, and specifically this week’s episode of New Girl “Jess and Julia,” which could be my favorite episode of the series yet. I have read, countless times, on sites both feminist and mainstream, about what an annoying Manic Pixie Dream Girl Zooey Deschanel’s character Jess is on this show. And every time I’ve read it, I’ve become a little more incensed. Jess may be annoying at times, but her “personal journey” and emotional life are just as important as any of the male characters on the show, and her “collection of quirks” comes together in the form of Deschanel into a zany, weird, adorably doe-eyed package. I honestly think a lot of the hatred of Deschanel comes from a fundamental misunderstanding of (500) Days of Summer.

In “Jess and Julia,” two archetypes of modern comedic femininity come to a head in the forms of Jess (zany, comforting, free-spirited Jess) and Julia (up-tight, pants-suit-wearing, darkly sardonic Julia). Jess wears ribbon-hats that look ridiculous and teaches children. Julia (the amazing, wonderful, and beautiful Lizzy Caplan) makes witty jokes and works too much. Jess is a girly-girl, Julia is a bro-girl. And as would absolutely happen in the real world, their deeply contrasting world views cause friction between the two characters.

The strength of New Girl, and why the MPDG thing pisses me off so much, is that neither Jess nor Julia is a caricature. In the end, Jess makes a pretty compelling case for why she’s still a fully confident and capable woman despite her “whole thing—with the cupcakes and the braking for birds and ‘Bluebirds come and help me dress in the morning.’” And Julia makes a good case for why she’s good for Nick, and a decent human being in the process (despite how annoying she finds Jess, she still shows up for court with her, because she promised and she’s a nice person).

New Girl is a show that succeeds largely because of its tight (although inelegant) plotting and its strong characters, many of whom exist basically as joke machines, but all of whom have a legitimate inner life. New Girl is a well constructed show that generates a ton of laughs. So can we all agree to drop the whole “dismissing it based on Deschanel” thing yet? Honestly, that whole line of dismissal is way more offensive to me than even the most egregious cases of Manic Pixie Dream Girl-dom.

This week also featured a lot of half-naked Schmidt, if you’re into that sort of thing, and the first truly compelling Winston storyline yet. With the addition of Jess’s lesbian friend and the ridiculously strong chemistry between Caplan and Deschanel, New Girl is totally capitalizing on the promise it has held since the pilot and growing into the strongest freshman comedy out there.