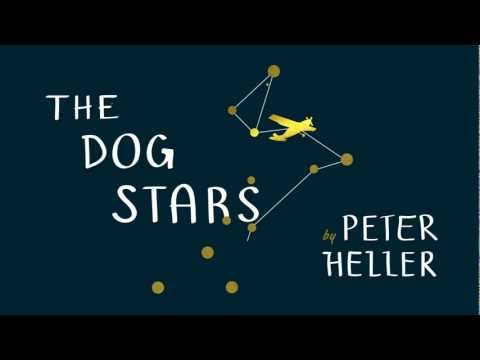 Must Read: The Dog Stars

This book is astonishingly good. I mean, just honestly astounding. I put it down halfway through the first page because I was so gobsmacked—almost physically struck—by the writing and I didn’t want to get too excited and then be disappointed later.

I shouldn’t have worried.

Peter Heller’s novel, The Dog Stars, is the kind of raw, brutal, tender, resilient art that will not break. And that’s a mercy, because I will read it over and over again, so it’s a comfort and relief to know that it won’t crumble beneath me. Already I’ve been quoting it to people, already I want to annotate and attach supplementary/complimentary texts, and already I’m considering revising my personal Stranded On A Desert Island Library to include it (please tell me other people worry about this on a day-to-day basis). Coming from me, these behaviors are all signs of the profoundest love and respect. Coming from other people they might be signs of a psychological disorder, or, more likely, English class.

I probably shouldn’t put the bottom line first (because then it would be the top line or something equally dumb), but here it is: you need to read Peter Heller’s The Dog Stars. Right now.

I’ve been done with the book for less than 24 hours, and already I’ve nearly attacked people while trying to convince them to read this book.

I am an enthusiastic individual.

I just… the whole world needs to read this book and we should be teaching it in schools (I mean, I guess there are one or two scenes that might be a little bit racy for that, but come on, high schoolers are probably doing worse on their own time anyway, and we’re certainly not talking like ASOIAF-level weird stuff). And more than all of that stuff, the thing is, I love it and I’m convinced that there are other people out there who will also love it. More importantly, I’m utterly sure that there is at least one person out there who needs this book.

The Dog Stars is beautiful and unabashedly poetic, but at the same time, modern, wry, self-effacing, self-aware, stunningly funny, and devastatingly heartbreaking. It is a staggering, awe-inspiring work of art. It’s the Capital L Literature that I feel like I could get uninterested Dudes to read (and love). I spent my read alternating between laughing and crying. But when I cried I did my best not to cry too hard, because I desperately needed to be able to read the next lines.

And (despite my writing) it’s not purple, either. Heller uses purposeful, clean prose. It’s glorious.

Again, I love everything about this book. Everything.

I’ll stop rambling for a second to tell you what the basic premise of the book is (that would be like, I dunno, a good, responsible reviewer move, right?).

The Dog Stars takes place in a not-so-distant dystopian future in which the human population has been decimated by a mutant flu strain (which may or may not have been unleashed by the US military in a snafu of epic airplane crash proportions), and then further reduced by secondary diseases, human cruelty, and chaos. Many animals have become extinct or migrated due to climate change and the radical shift in the human population. Basically, the earth is a smoking ruin, and there are a scant handful of survivors. In the shadow of the end of the world, Hig, a contractor/poet/pilot, narrates his scraped-together life.

While the premise sounds like something you’d traditionally find in science fiction, Heller’s book is just … brilliant literature. I really cannot stress enough how beautiful and well-crafted this book is, and how irrelevant and small-minded things like genre delineations feel in the wake of it.

The plot of The Dog Stars is a mental journey. It’s Hig’s emotional odyssey, and it’s like Hig’s description of flying—simultaneously arresting and stirring. Still and hurtling all at once. So if you’re into suspense/mystery/thriller twists and plot stunners, prepare yourself—this book isn’t going to have any of that. But what it does have is Heller’s craft, and Hig (accompanied by his dog, Jasper, his Cessna, The Beast, and his gun-nut protector and partner, Bangley). Understand that The Dog Stars is a sort of vessel of Hig’s consciousness (“stream of” would be wrong—Heller appreciates the beauty of concise lines and streamlined design too much for that), and it’s tough to tell where Heller ends and Hig begins, but frankly, it doesn’t matter. As I was reading, I didn’t see or feel Heller’s presence at all, I just read Hig. That’s the mark of a profoundly successful character writer.

And I love Hig. He’s one of the best characters I’ve had the pleasure of spending a book with. He’s smart, funny, and achingly genuine. Hig was a pilot, contractor, and a poet in the time that he only ever acknowledges as “before.” As he speaks to us, Hig brings in e.e. cummings, he brings in Li Po, he shares loss, the need to survive, the desire to do more than that, the confusion of trying to be a human in the aftermath. Hig is a stunning portrayal of a human—a specific, wonderful, full being running the gamut of emotions with his own personal colloquialisms and idiosyncrasies, constantly undercutting himself, ever-conscious of the potential for shame the way that only a modern human can be. Hig holds my heart now. Sometimes while I was reading he played it like guitar. It’s so beautiful that I couldn’t even bring myself to mind being played.

So, this review is kind of a mess. I start out gushing, I don’t tell you what it’s about until later, I keep gushing. I know. Please don’t let my inadequacies keep you from reading this book—I just love it so much that I don’t know where to start, and I want to keep some of the secrets of why and how it’s amazing to myself (because the last thing I want to do is spoil it for you), but I need to show you enough so that you’ll believe me when I say that reading this book is a matter of need.

So here are two quick quotes. Let Heller and Hig prove themselves to you:

“The philosophical implications of going from the penultimate assertion to the last were profound. I mean Hamlet had nothing on this. The unfolding dialectic. Dang,” (pg. 179).

If there is any justice in this world, The Dog Stars will be showered with praise, win awards, and be adopted and taught over and over and over again. So that people everywhere will find Hig, Jasper, and Bangley, will visit Eden, and meet a piece of themselves they didn’t know they were so desperately missing.  So that one day hundreds—maybe thousands—of years from now, it will still survive, and whoever is left will also have Hig to lean on.

I’m not placing any faith in justice today, so at the least, I’m hoping that I can get you to read it and treasure it, and make sure that Hig will endure. And make sure that you’ll have something to survive on.