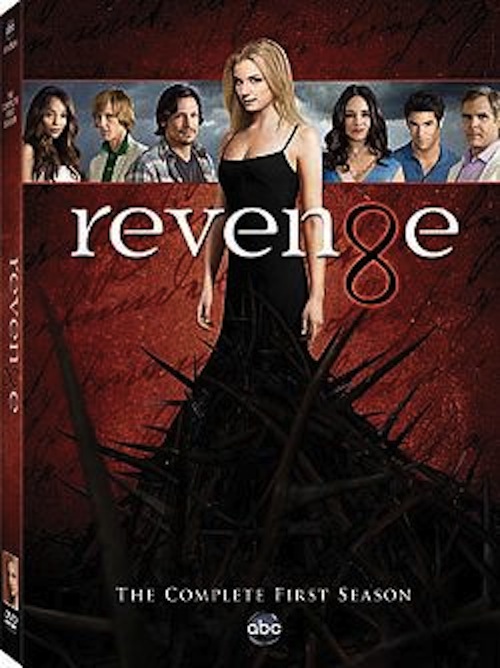 It’s that awesome time of year again, people. That time when all of last season’s best TV shows are finally showing up on DVD and Blu-Ray for you to watch uninterrupted. DVR and download may be creeping up, but for me it’s all about the DVD-watching experience (the marathoning, the special features, the putting your computer away and watching the actual TV!) and Disney Canada has been nice enough this year to give us some extra copies of some of ABC’s most engrossing 2011-2012 shows on DVD and Blu-Ray to share with you amazing readers.

First up is Revenge, the breakout thriller about a wounded daughter out to go all Count of Monte Cristo on the people who destroyed her father’s reputation. It’s razor-sharp Hamptons fun, a My TV Award nominee for Best New Series 2011, a new star vehicle for our long-beloved Emily VanCamp, and features one of our favourite breakout characters of the season in Nolan Ross (Gabriel Mann). And as good as Revenge was last season on ABC, it’s a show heavily serialized and engrossing enough to be even better on DVD.

We have 4 copies of Revenge Season One on DVD (in stores August 21) to give away to our lucky contest winners. Here’s what you have to do: leave a comment on this post or tweet us @MyEntWorld (#RevengeContest) with your email address and the answer to the following question

What is your favourite all-time serialized drama and why?

We’ll pick our 4 favourite answers one week from now (Monday, Aug 27) and get in touch so we can send you your copy of Revenge  Season One on DVD.

“In every life there comes a day of reckoning”– Emily Thorne