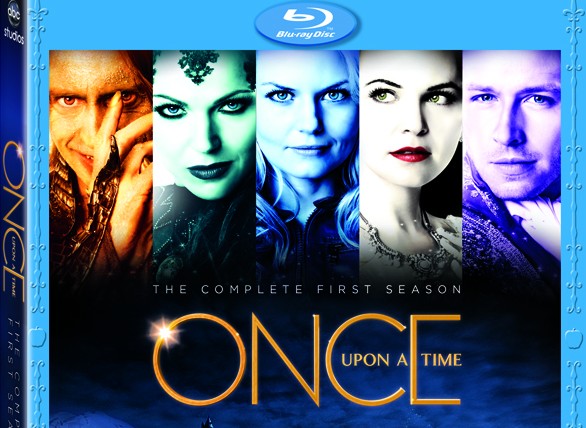 Blu-ray Giveaway: Once Upon a Time

As many of you already know, Disney Canada has been nice enough this year to give us some extra copies of some of ABC’s most engrossing 2011-2012 shows on DVD and Blu-ray to share with you amazing readers. Last week we gave you the opportunity to win Revenge Season One on DVD by answering “what’s your favourite serialized show?” and this week we have another special giveaway for you.

Once Upon a Time was one of the biggest hits of the 2011-2012 season, dipping into and twisting around the world’s most famous fairytales. With a cast led by MyEntWorld favourite Ginnifer Goodwin, Once Upon a Time is nothing short of charming (with some of the best sets, costumes and effects on TV) and there’s no way to better prepare for season two on ABC this fall than by seeing all of season one again on gorgeous Blu-ray.

We have 4 copies of Once Upon a Time Season One on Blu-ray (in stores August 28) to give away to our lucky contest winners. Here’s what you have to do: leave a comment on this post or tweet us @MyEntWorld (#OUATContest) with your email address and the answer to the following question:

If you could be any fairytale character, who would you be?

My answer is Belle- because she’s a lit nerd, won’t suffer fools gladly, and is known in the town as “rather odd” which translates to “awesome”. Also because her movie is one of the greatest ever made and her musical’s not half bad either.

We’ll pick our 4 favourite answers one week from now (Monday, Sept 3) and get in touch so we can send you your copy of Once Upon a Time  Season One on Blu-ray.

“She poisoned an apple because she thought I was prettier than her!”– Snow White