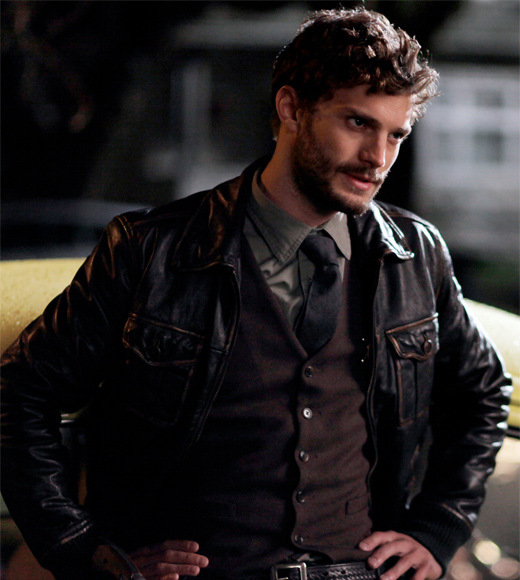 Once Upon a Time, there was a mildly interesting Sheriff…

… he did not live Happily Ever After.

*This entire article is spoilers. Be forewarned if you haven’t yet seen Once Upon a Time, Buffy, Angel, Lost, The Sopranos or MASH*

It’s an unpopular move to kill off a character the audience likes. Or to kill anyone, really. Fans of serialized dramas get all up in arms over the effort it will take for them to invest in someone new after years (or months, in this case) of caring about the newly-deceased character. But I think it’s brave. When the Lost writers dared to kill off the popular (and very pretty) Boone after only 20 episodes and Whedon sent Doyle out only 9 episodes in, they risked losing their audience. But nothing raises the stakes like an important death, and shows like Alias (which kept reviving its characters after conveniently dramatic “deaths”) lose their credibility quickly when the only people who don’t make it out of the life-or-death situations are extras named Goon #4. The death of Tara brought Buffy‘s Scooby Gang back to earth, knowing they weren’t invincible; the hit on Adriana woke the audience up to the unforgivable evils of the Soprano family; the death of Col. Henry Blake on MASH remains one of the most poignant moments in sitcom history (TV history as a whole, really). It takes guts to risk your audience leaving you, but the best writers know that if the death serves the story, they’ll quickly be forgiven.

I’m hoping that’s the case with Once Upon a Time‘s recent death. I’m not loving the show (Jennifer Morrison is nowhere near likable enough to anchor her own series) and I mostly blame it for being the “success” that will mostly take the far-superior Pan Am down. But Sunday’s episode raised the stakes on the unforgivably silly, unbalanced, mythological messy action. And while that act did mark the end of one of the only characters who at all had me engaged, he went out in a world-strengthening way; strengthening that was wholly overdue.

The episode explored the mythology behind Jamie Dornan’s Sheriff Graham, who I’d always assumed was The Big Bad Wolf but turned out to be the wolf-raised Huntsman from Snow White’s backstory. One of the only characters with any sort of complex moral struggle happening (I’m sorry Lana Parrilla, but your evil queen just isn’t nearly as complicated as she should be), Graham was a small light in an otherwise muddied landscape of characters either over-idealized, under-written or just plain blegh (here’s lookin’ at you, detestable Emma).

His interesting backstory should easily have warranted 3 or 4 episodes of exploration, but since showrunners Edward Kitsis and Adam Horowitz seem intent on following the Lost model of one-character-story-per-week and this ain’t no 2004, time was not a luxury Graham was allowed to enjoy. But he went out with a bang, the Evil Queen/Town Mayor squeezing his heart-in-a-box until it ceased to exist and his elsewhere body ceased to function. It was the first time the fairytale world had physiological ramifications in Storybrook, an interesting place for the story to go, even if it did signal the too-early end for Graham (coincidentally, the show’s best eye candy, joining Boone in the “you’re pretty, you should DIE” category).

I’m choosing to believe that Graham’s kinda cool death is a good thing for the series. Maybe it means that Kitsis and Horowitz have a stronger handle on the rules of their mythology than they seem to. Maybe it’s supposed to be a message, that they’re not playing around with the stakes here- this is a show where beloved hobbit rockstars can drown while trying to save the people they love! No, wait, that’s that other show we seem to be desperately trying to relive here. Even though I’ll miss him, the death of Graham could be  exactly what Once Upon a Time needs to be taken seriously, but I need to know that the writers had a reason, and not just a precedent.