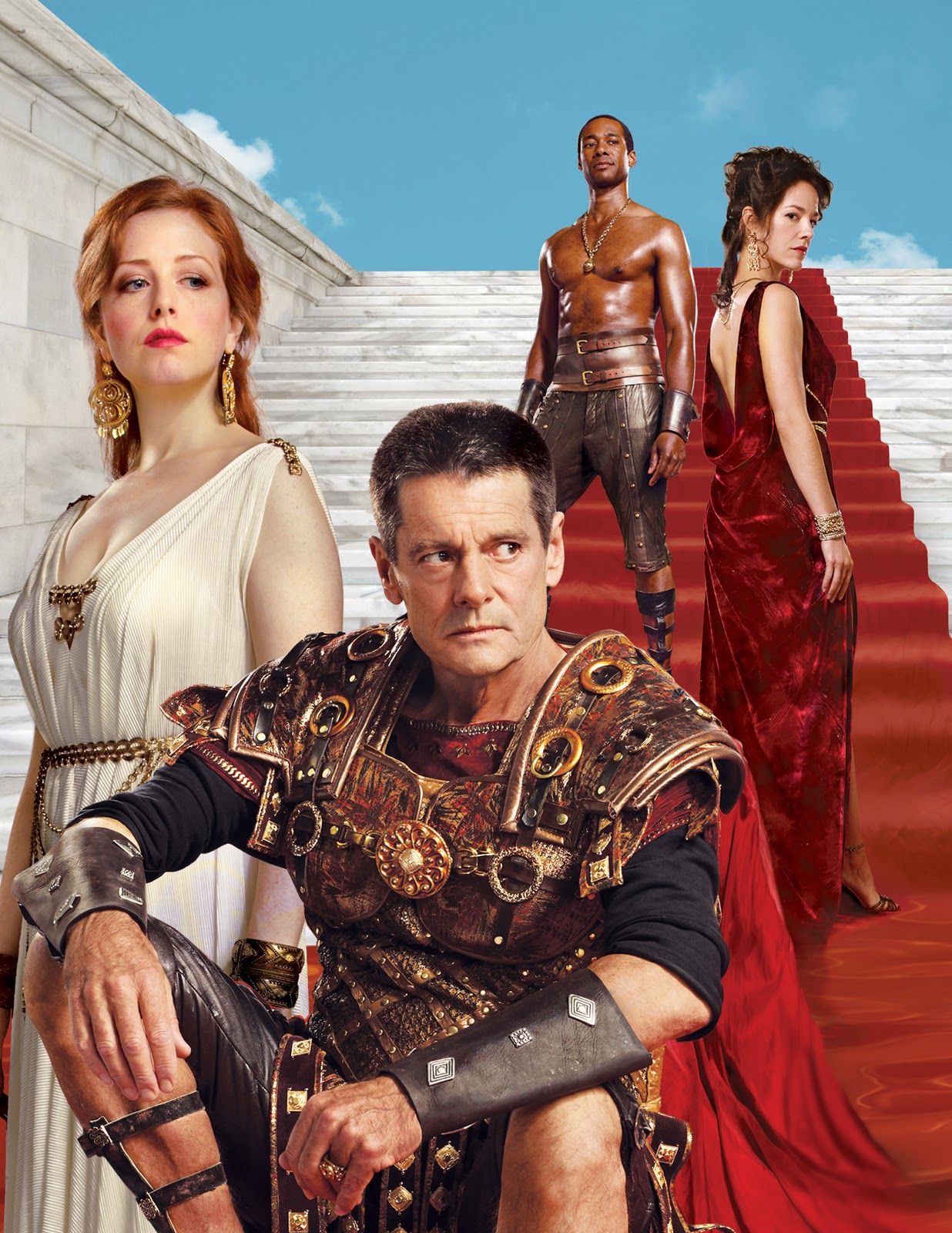 Ranking: #3
A lot of people consider Shakespeare’s early revenge tragedy trashy, vulgar, somehow incomplete and most certainly inferior (to the bard’s more “sophisticated” later works like Hamlet). But some of the smartest directors I’ve ever met are convinced there’s a certain darkly comic genius to it. That seems to be the trick with the grotesquely violent Roman drama- don’t be afraid of the absurdity but don’t mock the suffering either.

At The Stratford Festival this year director Darko Tresnjak made use of those very principles to create an innovative and stirring production of Titus Andronicus that proves why it belongs in the great revenge canon right alongside Hamlet.

The cast, for the most part, proved exceptional. Led by John Vickery’s slightly unhinged Titus, the company fired on all cylinders. Dion Johnstone’s dangerously intelligent and imposing performance as a desperately paternal Aaron was perfectly countered by Brendan Murray and Bruce Godfree as his impish, suggestible and disgustingly vulgar pawns in villainy Chiron and Demetrius. Claire Lautier’s beauty queen Tamora left something to be desired but Amanda Lisman was the best Lavinia I’ve ever seen with a refreshingly strong take that saw the play’s most tragic victim getting deservedly pissed off instead of just beaten down. As in Richard III, however, the late Peter Donaldson’s absence was sorely felt as David Ferry’s Marcus was merely passable.

But it was the direction that really took centre stage as Tresnjak also took on the role of set designer. His interpretation was stark. Or rather, it was upsettingly clean. While the dark humour inherent in Shakespeare’s rather shocking script was played with tongue-in-cheek verve (servant abuse got a big laugh while the tragedy-stricken Titus took to hyena-like peels when he ran out of tears), the violent atrocities were played to full gruesome and bloody effect. All evidence was then cleanly swept away, mementos joining the gleaming white set as art piece reminders of how remote we can make recent tragedy if we choose to. Lavinia entered, one scene after appearing bloodied and ravaged, in a long white gown and headscarf with neatly bandaged stumps where her hands once were, as though she’d been sterilized and been made once more acceptable to be seen and processed by the court. The world of Titus Andronicus was startlingly quick to clean up then avenge its tragedies- with no time to mourn, the characters had no hope of healing.

Tresnjak’s daring ending reminded me almost of the controversial end of The Sopranos, a series not unlike Titus in tone. Creator David Chase, astounded by how viewers had been so quick to accept atrocity after atrocity without ever abandoning Tony, cut the series short, refusing to be the enabler of our voyeuristic proxy violence. In Tresnjak’s production, Lucius (Paul Fauteux) began his closing speech tentatively, then, unwilling to participate in the cycle of tragedy any longer, handed the crown to the audience and departed mid-thought, leaving the audience, the characters and the world completely without closure. Shakespeare’s ending attempts to wrap the story up in a tight little bow, but with the morally questionable Lucius in power, the villainous Aaron still breathing and his son in the hands of unloving non-parents, a foreboding sense of unease exists within the world that most productions fail to acknowledge. With Lucius’ abdication, Tresnjak points to that sense of hopelessness and suggests that the only way out is… blackout.