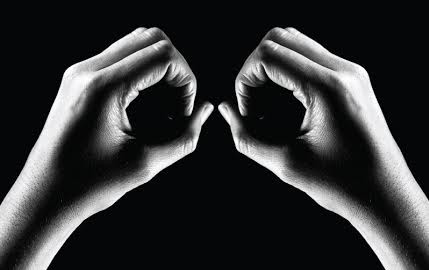 The Toronto Laboratory Theatre and an English-Russian Theatre company named Théatrus have come together to produce a well-conceived play called The…Musician: An Etude. Three actors, Shelley Liebembuk, Clayton Gray and Kevin Kashani collaborate to play more than ten roles to the music of Art Babyants, who conceived and directed the project. Although I anticipated the fact that music would be a pivotal part of the play, I imagined it dictating the rhythm of the show, not its tone. Where The…Musician shines, though, is in using single tones, quick trills and full-length piano pieces to help describe the mood of the story and its characters.

The show is designed so that the music of Mr. Babayants is the focal point; it is performed mostly in the darkness. Beginning with whispers in complete blackness the play eventually includes descriptive narrators in some very tight spot lights. All the while, though, the play is accompanied by the appropriate piano pieces: staccato tension, forte anger, solitary keystrokes in lonely, pensive moments.

The…Musician does its best to help us sympathize with Peter, the blind protagonist. Babayants drops tones throughout the show to help his audience understand character growth and general outlook. In a particularly evocative moment, Peter’s mother Anna is endeavouring to remember her piano. The sound in the theatre, as she tells her story blinking into the spotlight, is that of once-virtuoso talent, stumbling through old, should-be-familiar territory. Anna’s grimace, on display as she struggled, combined with the halting rendition of Mozart layered into the scene by Mr. Babayants lends the soundscape of the play a human element and helps us to understand the pressures of Peter’s upbringing.

Although the show aims to achieve a sense of blindness, its visuals were so striking at times that my favourite parts of the play were physical moments, on brief, visible display, not the soundtrack. Across the stage – sometimes visible on the floor, other times not – is a straight line of light. This means that an actor, standing just behind that “curtain” of light can bring their arm forward and have it suddenly be brightly lit. We experience, through hands and feet, thrust into the light, a range of action spanning from love, to hate, to coming of age. The actors are careful and use strong, subtle physicality to give glimpses into the flickering life of Peter.

The…Musician is definitely worth checking out. It runs until the 26th and you can find the showtimes and dates HERE.