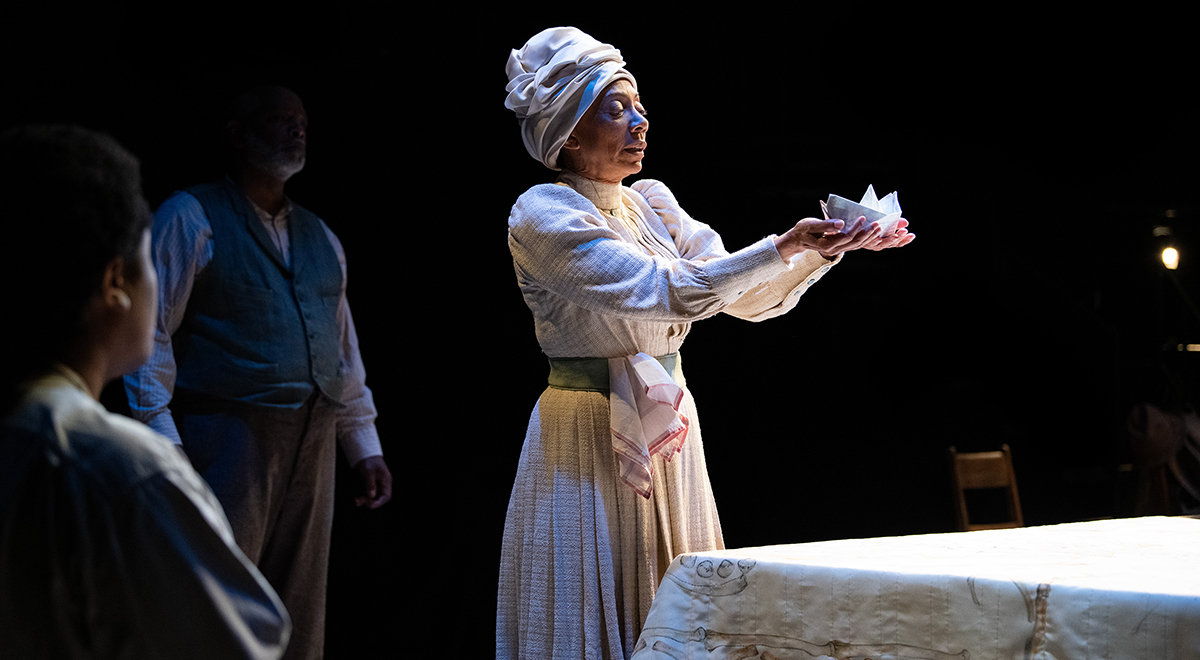 It’s confusing to me that there hasn’t been more August Wilson at the Shaw Festival (though in Canadian theatre in general). Especially as our major institutions have been putting in the effort to include more diverse voices in their seasons, bumping uncomfortably against limiting mandates that are by design exclusionary. August Wilson fits beautifully in with the Shaw’s mandate, harnessing all that mid-century domestic drama power and finally shifting some focus over to characters who were left out of their contemporary narratives.

Perhaps some explanation for Wilson’s absence can be found in the slight hesitancy in Canadian theatre when it comes to highlighting American stories, and there are certainly a few moments in Gem of the Ocean when our country is invoked with a simplicity that far from captures the truth of our history. But something I love about the Shaw Festival that I don’t want to see them lose is their dedication to great texts, the all-time playwrights of the English language canon. American voices are a key part of that group and August Wilson in particular has a rich roster of stone cold classics that should be first in line for inclusion alongside the Brits and the rare Canadian (at least in front of Williams if not Miller).

Gem of the Ocean is the chronological first play in Wilson’s Century Cycle that explores twentieth century American life. Time-period-wise it’s the play that most makes Wilson a mandate-friendly choice even without Artistic Director Tim Carroll’s dedicated pushing on those limitations. It’s also much more ethereal than a lot of Wilson’s other work, at points fully mythical in a way that ties beautifully with the season’s other dramatic standout Everybody. The production from director Philip Akin beautifully balances dream-like glory with the inelegant march of everyday life, captured with great versatility by an excellent ensemble cast. Camellia Koo’s set design is inventive and practical and Kevin Lamotte’s lighting work stands out as some of the best of the season.

The 2023 season doesn’t pick it up but the Shaw will be missing a huge opportunity if they don’t eventually follow through with Wilson’s Century Cycle. So much of the Shaw’s strength is the same thing that stops it from growing- the love of legacy, tradition, a recognizable continuing story. The work of August Wilson hands them all that on a platter while continuing to provide meaty roles for some of the country’s greatest actors (hello, Sophia Walker!). More August Wilson, please.