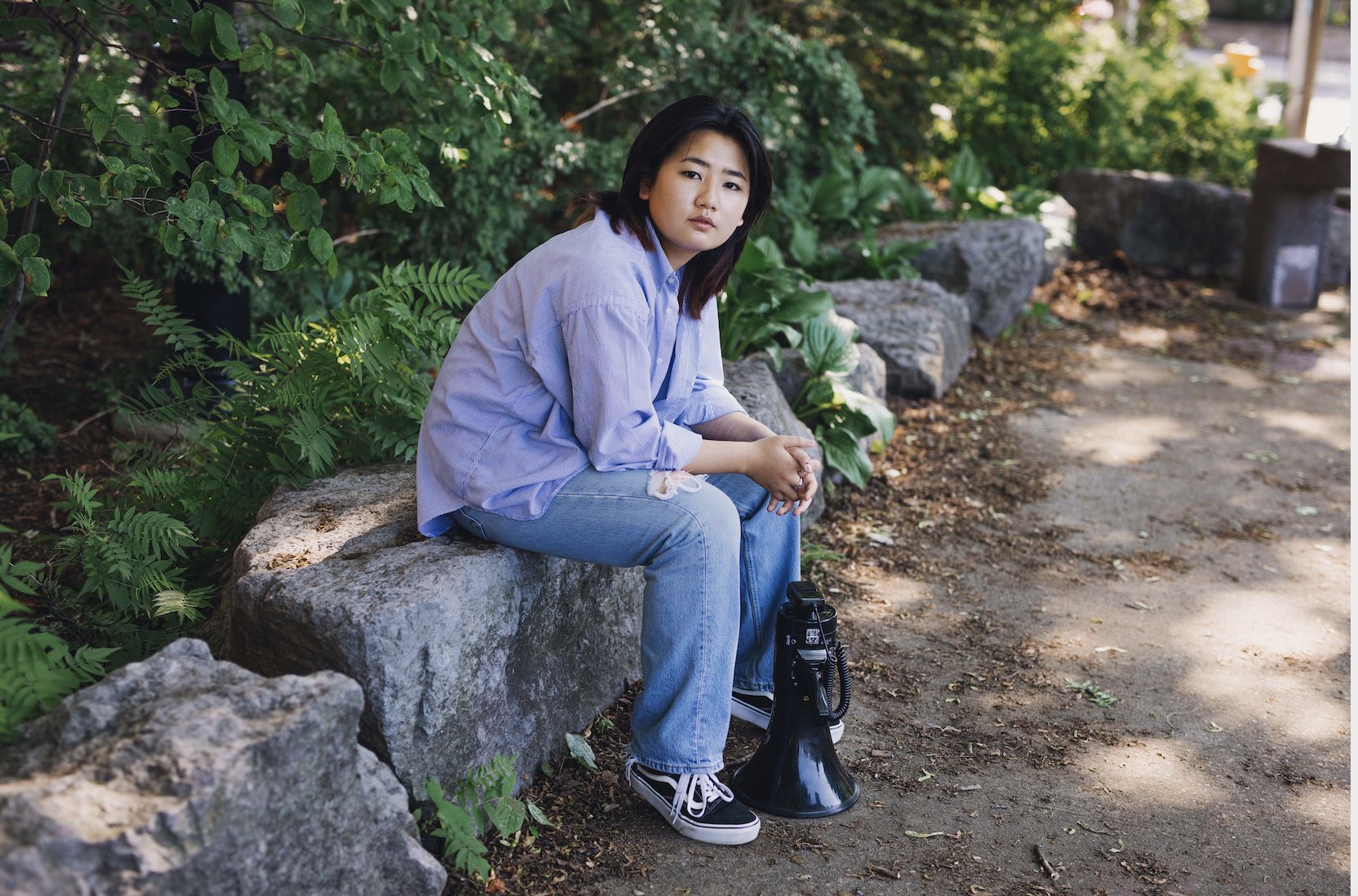 Is My Microphone On? A Rallying Cry for the Earth

So, full disclosure, when it comes to plays that are societal/global issue- focused, from a purely creative standpoint, I find to be hit or miss. It’s either that the artistic platform that they have is not being used enough so I don’t see the difference between the performance and someone speaking at a rally, or the message is being appropriated by artists speaking for groups they aren’t actually a part of. So why did Is My Microphone On? feel so different to me? Well, for one, it succeeds as a piece of societal/global drive theatre because how it employs honesty. Honesty in its raw vulnerability, Honesty in its pain, Honesty in its anger, Honesty in its conflict. Delivered by a cast of youth artists and with writing by Jordan Tannahill, this piece is simple yet incredibly effective in delivering its message.

The first choice to have youth artists as the performers was both wise and impactful. These youth are the future, and their future will be the ones most affected by climate change. It is on the strength of this message alone and the performances of these artists that the piece succeeds. We first must reference the writing. Jordan Tannahill has a great talent for the use of disjointed conversation, performers cut each other off or finish each other’s sentences. These moments help the pace of the piece which had the danger of dragging on if there was no playing with the structure and timing of the dialogue. The dialogue is delivered with honesty and vulnerability by the cast which helps this piece avoid the melodrama trap.

I should note that this piece starts off with a declaration that directly attacks the older generation. These artists’ parents and grandparents. It declares them failures for the climate change crisis, it attacks with ferocity. It is jarring but also when it’s a conversation that the younger generation has at best been left out of or worst discriminated against even speaking about, well they may as well charge the conversation, take a stand, and start swinging heavy. And ohhh do they swing. With the artists stationed all around the venue from the stage to the sides of the audience, there is no escape from the pleas, attacks, offers, suggestions and even forgiveness. It is relentless but also honest. Yes, there is music and some set design to help enhance the message (elements that I believe can be expanded upon and experimented with), but above all what makes delivering the message of climate change from this piece successful is the honesty. There is even conflict as the artists argue with one another about tactics they want to deploy, but that conflict doesn’t demean the message but rather humanizes it.

This piece may make you angry, it may make you upset, sad, feel attacked. But, no matter what, it will make you listen.