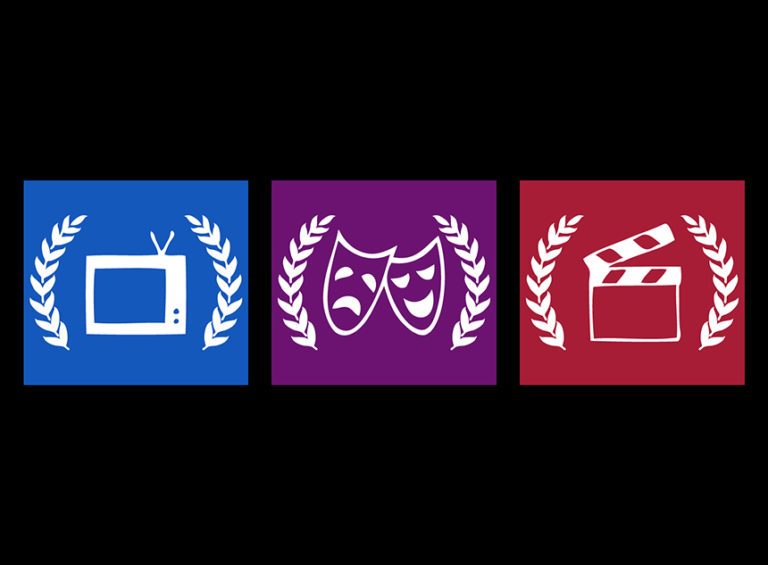 In mid-March, we lost the very thing that makes us who we are- the privilege of being part of an audience. When we couldn’t go to the theatre, we shut down. We dove into TV and informal online readings, and we just let there be a hole in our lives where live theatre was. We shut down more than we should have, which is why you won’t see mention on this list of any of the creative socially distanced work Toronto’s theatre companies came up with to bridge the gap while Covid-19 kept us apart. That’s our bad; we missed a lot while feeling sorry for ourselves about how much we were missing. But the terribleness of 2020’s final nine months couldn’t erase the good things that happened in those first three so that’s what we’re choosing to focus on as we celebrate the beginning of a new year.

January, February, and half of March didn’t give us enough live theatre to justify our usual full slate of nominations, but it did give us a few performances we couldn’t bear to not celebrate. So we’re jumping right to announcing some winners. It’s a short list this year but a great one full of work that really meant the world to us as we struggled to keep theatre in our hearts from our isolated homes. We’ll celebrate these winners (and make sure they get their trophies) along with the 2019 winners at the party we’ll eventually get to have. We look forward to congratulating you all in person. In the meantime, we just want to thank you for making our 2020 a little brighter.

Without further ado, here’s our short list of 2020 standouts in Toronto Theatre.

Outstanding Dance Performance
Radical Vitality
Compagnie Marie Chouinard
(Canadian Stage)
Marie Chouinard has always been fascinated with exploring the body in her work- how it moves, how it becomes grotesque, how it can push the boundaries of vulnerability. Presented by Canadian Stage, Radical Vitality was an excellent compilation show to get a snippet of Marie Chouinard’s groundbreaking work, an overview and deep dive into one of the most creative minds in Canadian dance history.

Outstanding Solo Performance
Anders Yates
(The Toronto Sketch Comedy Festival)
Our last night out reviewing theatre in 2020 was spent at Comedy Bar seeing six SketchFest pieces. The best of them was the incredible first solo effort from Anders Yates. Over the years, we’ve seen Yates perform excellent team sketch and improv, traditional scripted work, and even some stand-up comedy. But his solo sketch show topped them all, putting a perennial team player front and centre without any backup to really show what he can do.

Outstanding Performance in a Musical
Tess Benger
Sunday in the Park with George
(Eclipse Theatre Company)
One of very few big tentpole Toronto productions in 2020, Eclipse’s short-run site-specific take on an under-produced Sondheim classic was the live theatrical event of the year. In a strong ensemble, the star turn came from Tess Benger as George Seurat’s muse Dot. Benger’s boundless energy and total emotional commitment grounded the loftily intellectual piece in personal reality beyond art history.

Performance in a Play
Xavier Lopez
Jesus Hopped the ‘A’ Train
(Soulpepper Theatre Company)
This production of Stephen Adly Guirgis’ breathtaking prison drama was so good that we went back to see it a second time. The whole cast (the whole production team, really) delivered fantastic, heartfelt, human work but it was Xavier Lopez’s breakout turn as newly incarcerated Angel that truly broke our hearts. Mengesha-era Soulpepper has produced lots of great work but if we could request any remount, this would be it.

Outstanding Production
OIL
(ARC)
Directed by ARC Artistic Producer Christopher Stanton, and Resident Artist Aviva Armour-Ostroff, OIL was full of compelling and quotable dialogue driven by stirring, nuanced acting. The production was a well-crafted and incredibly moving piece of art that carefully weaved a poignant story. OIL painted an oftentimes dark picture of what can happen to those who are trampled by forces much larger than they, while highlighting a delicate balance of humanity and realism with fantasy and futurism. One can’t help but reflect and draw similarities with the seriousness of Canada’s very own Wet’suwet’en pipeline disputes — when profit outweighs life, everyone loses.