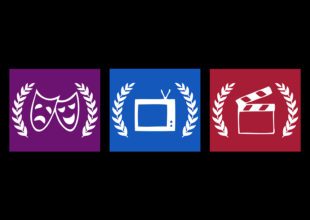 It’s time once again for our annual Critics’ Pick Award nominations! It’s an understatement to say that 2020’s been an unusual time. Covid-19 restrictions put a major damper on our awards season this year, cutting our theatre division drastically and shutting down the cinema awards entirely. But television, boy, television was our everything this year. Television saved us. It gave us stability and company and took us outside of the tiny worlds we were trapped in. Television, in all its ever-expanding redefined forms, was our 2020 lifeline.

We watched more than 600 eligible television shows in order to make this list of nominations and we’re really proud of the diversity it reflects. All kinds of creators creating all kinds of content on all kinds of platforms within all kinds of genres contributed to the landmark year that was 2020 on TV. This list just barely scratches the surface.

Who Qualifies?
Any show that released new episodes on TV or online between January 1st and December 31st was considered for nomination. We tried to be as fair as possible with the division of categories (especially when it came to genre) but it’s not an exact science.

Who Picks the Winners?
Our Editors and Staff Writers all get a say but we use your votes for tie breakers and to choose a Fan Favourite so be sure to share your thoughts on Twitter or shoot us an email to editors@myentertainmentworld.ca.

Outstanding Writing for a Comedy
“Protest, Drug Test and One Leaves the Nest” by Debby Wolfe (The Conners)
“Whenever You’re Ready” by Michael Schur (The Good Place)
“Dark Quiet Death” by Katie McElhenney (Mythic Quest: Raven’s Banquet)
“California (Part 2)” by Owen Ellickson (Superstore)
“We Know the Way Out” by Andy Wolton (Trying)

Outstanding Leading Actress in a Drama
Sophia Lillis (I Am Not Okay With This)
Michaela Coel (I May Destroy You)
Natalie Dormer (Penny Dreadful: City of Angels)
Zoe Kazan (The Plot Against America)
Shira Haas (Unorthodox)

Outstanding Docuseries
Cheer
Hillary
Last Chance U
Love on the Spectrum
Pandemic: How to Prevent an Outbreak