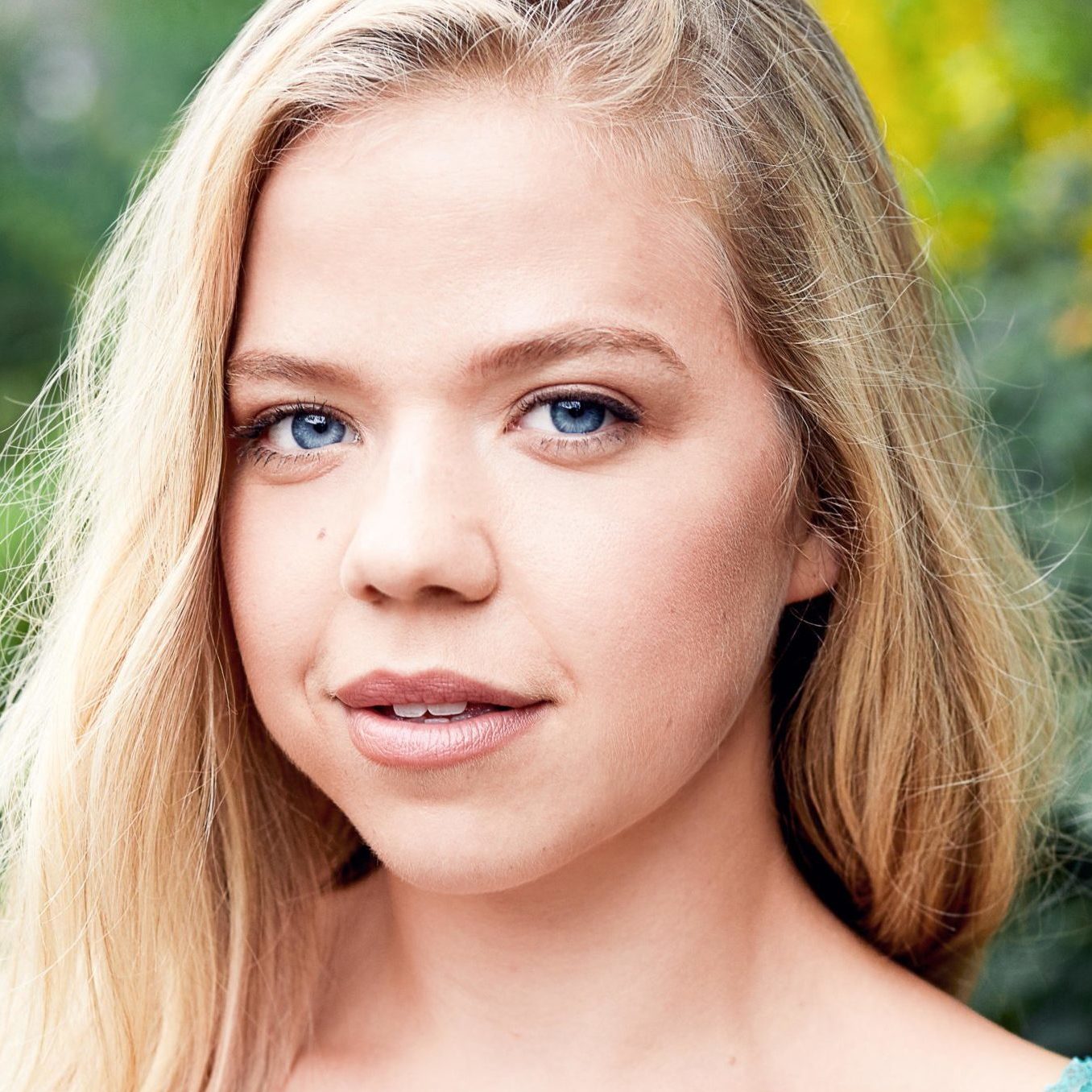 Can you remember your first experience with theatre?
One of the first plays I ever did was the Wizard of Oz. Grade five. I played the Wicked Witch of the West and I’m pretty sure I milked every one of her moments for all they were worth. Apparently I made kids in the audience cry. Mission accomplished.

What’s your favourite role you’ve ever performed?
That’s really hard to say. It feels like I have to fall in love with a character if I’m going to play them. So I could honestly list something special I’ve learned and kept from every single one. I will say that Romeo was a highlight because, I mean, when is that ever gonna happen again and I got to run around in my bare feet in a park all summer! But I’ve been lucky. I’ve gotten to play lots of different parts so far.

Do you have a dream role you’d still like to play one day?
It changes all the time! I was in New York recently working with a teacher down there who told me to work on Ibsen. Or it would be amazing to get to do Saint Joan sometime. On the flip side, I would really love to do more comedy. A farce or something would be fun. I love a good British accent. But it’s always a case by case basis for me. It’s usually about the character. If it’s a character I haven’t played before, and its material that feels scary and exciting to try, then I’m usually game.

You’ve been nominated twice before- for Killer Joe and Harper Regan. What stands out in your memory from those experiences?
Those were two extremely different experiences for me. Both were opportunities to work with great material. I had never worked at the Coal Mine before Killer Joe and it was one of the best experiences I’ve had. I loved the opportunity to perform such thrilling writing in an intimate, filmic way for a live audience. I had qualms about doing it because there’s a ton of misogyny written into the script but there was something about Dottie that I loved. From the outside, you could see her as a victim but that wasn’t my experience playing her. She’s observant, she sees everything and there’s a certain kind of power in that. I really appreciated the conversations our director Peter Pasyk and I had about Dottie’s perspective.

How did you get involved with Guarded Girls?
I was involved with the very first workshop. Green Light Arts had commissioned Charlotte to write it and they brought Virgilia and I in before Charlotte had written anything. We started by reading a bunch of articles about Grand Valley and Ashley Smith and blogs written by women about their experiences in prison. We talked about it, did a little bit of improv and then Charlotte went away and came back like the next day with thirty pages for Virgilia and I to play with. I have never been with a character since its literal inception like that. It meant I felt very close to the piece.

What drew you to the character of Sid?
Charlotte, the playwright, is my closest friend. She’s seen parts of me that other people have never seen and I feel like she wrote many of those parts into Sid. I was drawn to the way Sid “acted out” the other people in the prison. She’s more comfortable being other people and expressing herself through them than she is with being herself and I really relate to that. Charlotte wrote the character’s arc so beautifully. Sid has this tough guy exterior but a heart of gold. Her devotion to her best friend, her sense of injustice, this core belief she has that she’s a “bad guy”. Her struggle is so human and relatable but her circumstances are so extraordinary. If Sid had been given the right kind of support instead of years in solitary confinement, her life could have turned out very differently.

Was Charlotte around much to consult during the rehearsal process?
Yes she was there every day for the first couple weeks. She had workshopped the play extensively with both Green Light Arts and Tarragon so there were really only minor revisions being made once we were in full rehearsal. But, I mean, when the playwright is your best friend it’s kinda no holds barred haha. We talked about the play A LOT over the years of its development. We’d speak about the characters like they were our friends.

Tell us about working with the rest of the cast.
This cast was beyond. I mean obviously Virgilia Griffith, Michaela Washburn and Columpa Bobb are just incredible artists. They’re also such huge hearted, bad ass, revelatory people and it was a joy to get to know them throughout this process. It was a heavy play for each of us but we laughed a lot and supported each other through some hard stuff. This cast taught me every day about trust, integrity, speaking truth and holding space. Coming to work every night felt like coming home.

What were some of the most interesting conversations you remember having with director Richard Rose in developing your interpretation of the role?
Richard’s precision and emphasis on rhythm and technical specificity provided the scaffolding to keep me grounded and propel me forward. He knew I had been with the character from the beginning and I’m grateful that he was open to me bringing what I had already learnt about her into the work we did on the Tarragon production. I felt Richard trusted me with the character and it’s always empowering when you feel that from a director.

Did you have a favourite moment in the production?
Oh boy. Too many moments. I think some of the highlight performances for me were a couple we did in Kitchener. Grand Valley Institution for Women (which is where the play takes place) is in Kitchener and we performed for an audience filled with women who had done time in that prison. The energy was electric. They laughed the hardest out of any audience we had and the quiet moments were quietest with them. You could feel they were with us. Senator Kim Pate saw the play that night and worked with Green Light Arts to fly Ashley Smith’s mother Coralee and sister Dawna in to see the show the following week. Performing for Ashley’s family was… I don’t have the words. The experience made a profound impact on my life.

What were you hoping audiences took away from the piece?
I mean I think with any show you just want people to see themselves. You want it to unlock something for the audience about their own humanity. I think it’s important for people who have been marginalized to see their stories told. When we performed the play for people who had been in prison or had family in prison it meant a lot that they felt Guarded Girls did their experiences justice. And when we performed it for people who had never had to deal with the prison system, then we hoped they were surprised by how much of themselves they saw in it. As a character says in the show “a different set of circumstances and you could be me, no problem”. I love that line because you want people to go “oh that could be me” with the hope that it makes them feel something. Theatre is inherently empathic and I believe empathy can be a powerful force for systemic change.

Also, this play is one big love letter to women, to friendships and mothers and daughters. It’s about powerful, playful, angry, resilient, wild, truth- telling survivors. As a woman actor, it can still be hard to find material where you have the opportunity to explore all sides of yourself like that. I mean, Guarded Girls passes the Bechdel Test with flying colours and then some. You hope people get that from it, too, that womxn can be so many things. And I care about being part of projects that do that.

What are you working on now/next?
In terms of theatre, I have a couple projects lined up for next season but I guess I can’t say what those are yet! I’m developing some projects of my own and love to collaborate. If you want to connect I’m on the gram @vivien.e.douglas

Is there anything else you’d like to add?
Thank you for the nomination and the opportunity to chat about what we do! I love our theatre community and am honoured to be a part of it.