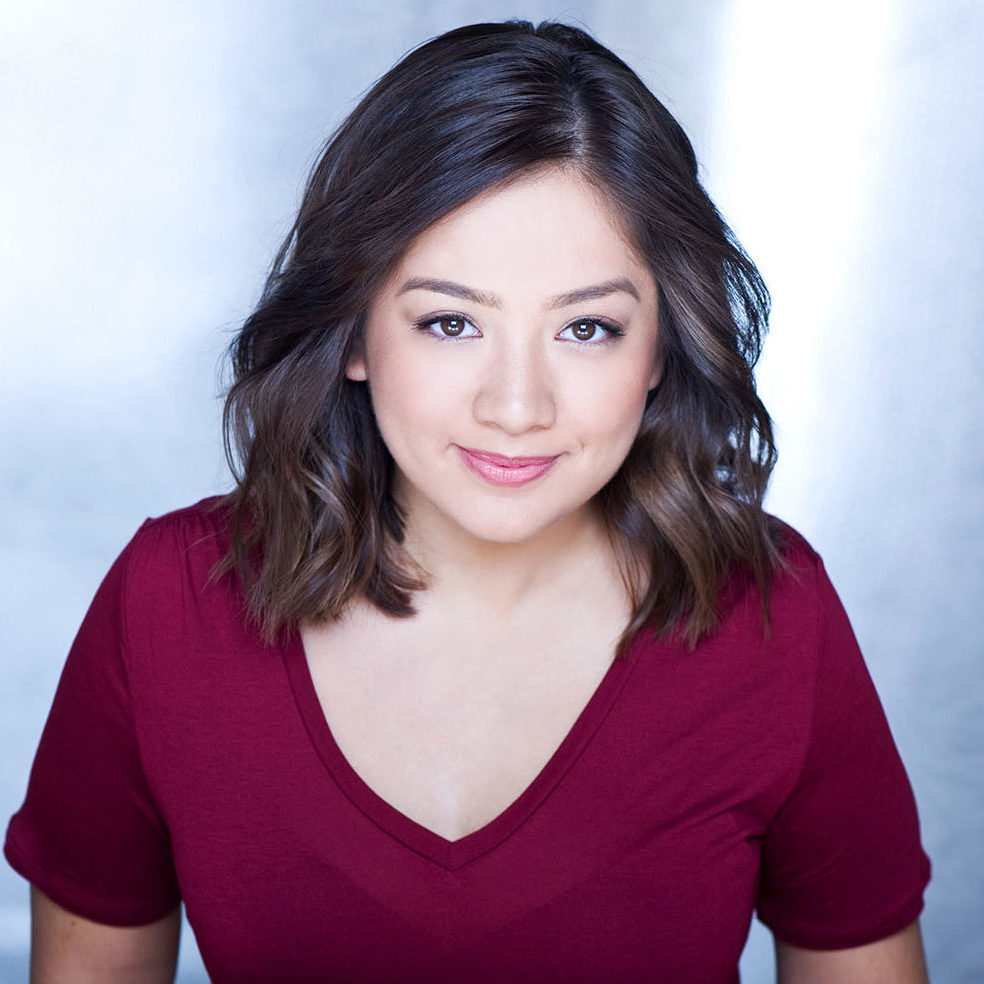 Julie Tepperman & Chris Thornborrow’s ambitious musical theatre/opera hybrid Hook Up with Tapestry Opera was one of the most unique productions of the year, tackling issues of consent on campus with searing insight and a thoughtful light touch. The performance that stayed with us the most came from Outstanding Performance in a Musical nominee Alicia Ault who deftly captured the complexity of playing a supporting role in a friend’s trauma.

Can you remember your first experience with theatre?
My first experience in theatre was when I was 6 years old. I played Snoopy in our church’s production of You’re A Good Man Charlie Brown. I remember making my own costume and having so much fun!

When did you know you wanted to be a performer?
When I was a teenager, I did a summer vocal program with the Hawaii Performing Arts Festival. Up until that point, I had always performed and done shows as a kid, but hadn’t seriously considered performing as a career. At the Festival, I was able to attend a performance of a song cycle by Ricky Ian Gordon called Green Sneakers. It is an autobiographical piece sharing the story of his partner passing from AIDS. I was so moved by the performance. It was the first time I realized how powerful sharing stories through music and theatre can be – that performing can educate, teach empathy, and allow the audience to be transported and share in the experience together. That performance of Green Sneakers is what made me realize that I wanted to be able to communicate with others in the same way.

What’s your favourite role you’ve ever performed?
My role in Hook Up, Cindy, was probably my favourite so far! I was really lucky to have been involved with the production through the workshopping process, so it was really amazing to witness and be a part of the creative process in bringing Cindy to life. Cindy’s character, in contrast to my own personality, is an extroverted party girl, so it was extremely fun to play and explore her character.

Do you have a dream role you’d still like to play one day?
One role that I would love to play is the character of Kim from Miss Saigon.

How did you develop your singing?
I was trained classically and did my degree in Voice and Opera Performance at the Eastman School of Music. The amazing thing about singing is that I feel like you never really stop developing. I also love exploring different genres and styles, such as rock, pop and jazz.

How did you get involved with Hook Up?
I got involved after attending Tapestry Opera’s general auditions, where the creative team for Hook Up, Julie Tepperman, Chris Thornborrow, and Richard Greenblatt, were in the room. I was invited to the callbacks and participated in all the workshops leading up to the production.

The show has a lighthearted tone but also tackles some really big emotional and societal issues. How did you go about layering in those weightier pieces?
To prepare for the show, I did research ahead of time about sexual assault, consent, and rape culture on campus. I read a lot of news articles and accounts from the survivors of sexual assault. These accounts would reflect the reactions of the survivors themselves and their family and friends. This shaped my interpretation of Cindy and her reaction to the assault of her best friend.

In terms of layering in the heavier subject matter, Chris and Julie wrote the show in such a brilliant way that it layers in naturally- it mirrors life in that nothing is ever just light hearted. A lot of the light hearted bits at the beginning of the show have an undertone that casts a light on the problems within hook up culture on campus and a lack of education regarding consent.

What were some of the most interesting reactions you heard to the piece?
After some of our shows, we held post show discussions with CANVAS Arts Action Programs. It was especially interesting to see the reactions at our school show performances, as students are the target demographic. It was amazing to expose them to an opera that they were all engaged in and could relate to on a deep level.

Hearing them thoughtfully engage in the post show discussion and share their questions regarding consent and the show itself was amazing to witness. For a lot of people, it was the first time they had ever seen sex discussed so candidly on stage. People said it reminded them of real life conversations that they have had with their close friends. My hope for this show is that it encourages schools and parents to create an environment in which young people can openly discuss sex and consent.

The show was billed as opera/musical theatre hybrid. How did that blend come together technically?
That blend happened effortlessly in the way Julie and Chris wrote the show. I loved how Julie stayed true to the way young people talk in all of the sung dialogue. It really lent itself to a contemporary musical theatre style of singing and acting. One of the things I loved of Chris’ score is that everything he did musically was in service to the dialogue and the story. As an actor, the main thing I needed to focus on was to make sure that I approached the music in a way that was as speech-like as possible and what felt appropriate to the age of my character. Technically this meant approaching it with less vibrato and in more of a contemporary musical theatre style.

Did you have a favourite moment in the production?
A lot of my favourite moments were with Emily Lukasik, who played Mindy. There was a scene, which was totally our pop star moment, where we got to dance and sing around in our dorm room while the stage revolved. That was always really fun!

What are you working on now/next?
I’m currently in a jazz vocal trio with my sisters, called The Ault Sisters and performing with them on a TV show called Your All-Time Classic Hit Parade where we perform classic hit tunes from the past. Season 3 is airing now on VisionTV and we will be taping Season 4 later this year. I’ve also spent a lot of time in New York City doing workshops and taking auditions.

Do you have anything you’d like to add?
I’m honoured to have been nominated alongside actors I’ve admired my whole life. I’m grateful to have been in Hook Up and a part of telling this important story.