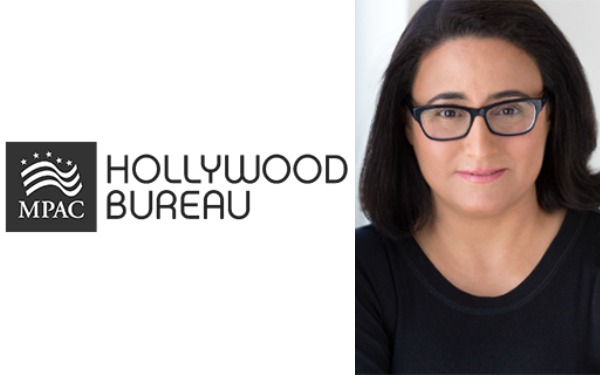 One of my favorite panels from the ATX Television Festival was called “Resistance, Inclusion, and Creating Authentic Muslim Narratives.” Moderated by Vanity Fair’s Sonia Saraiya, the panelists spanned an impressive breadth of the industry. There was new director Nijla Mu’min, whose film Jinn has been a festival favorite for over a year. There was veteran showrunner Carina Adly MacKenzie, who spoke eloquently about being a white Muslim with Egyptian ancestry. Mohammed Amer, standup comedian and one of the cast members of Ramy, brought a great amount levity and humor to the dialogue, too. I had a chance to sit down and chat with the fourth panelist, Sue Obeidi, Director of the Hollywood bureau of the Muslim Public Affairs Council (MPAC).

Tell me a little about yourself and what your organization does.

I’m the director of MPAC’s Hollywood bureau. We consult on TV and film projects, connect our Muslim talent to industry decsionmakers to get them in the door and hopefully hired. Also, we contribute our thought leadership by organizing and speaking on panels.

I really enjoyed the panel yesterday, with such a variety of people from all slices of the industry. Beyond those people, are there other Muslims you can name or think of in the entertainment world?

Absolutely, we have a lot of Muslims in decisionmaking roles, but we need more. We need Muslims in greenlighting roles. It has to work from the top down and the bottom up, in order to change the narrative.

Getting Muslims into those important jobs is a tough challenge. There are a lot of taboos in the Muslim community, and working in Hollywood seems to be one of them.

Much of the immigrant population coming to America are looking for a better life. They want to experience a world different than their countries of origin. To the immigrant mentality, the last thing they want to do, is enter an industry where it doesn’t look like you can make money, an industry maybe not as honorable as the medical or law industries or what have you. As far as the Muslim community is concerned, and I’m generalizing here, but it’s pretty true, the entertainment industry is not for us. It’s for others to do, we will enjoy the products, but it is not for us to work in. Used to be, parents wanted their kids to be doctors, lawyers, engineers, married with children, but NOT an actor or screenwriter. With the immigrant population transitioning, you’re seeing more and more Muslims entering this industry not as a hobby, but more of a career choice. And you’re going to see more of that. My friends, some of whom are in their fifties, they’re doctors, they’re brain surgeons, but they’re screenwriters and actors at heart. So we are moving away from that, we are heading towards the reality that, “I want to be true to myself,” “this is what I want to be.” Because it is impactful, this is a very powerful industry. To be honest with you, when you’re on the outside looking in, it looks worse than it is. And the reality is, there’s nothing taboo about this industry. It is for everyone who is creative. You can manage the sin and the greatness of it all.

That’s great to hear. Still, I wonder about this notion of access and visibility. Immigrant communities can inculcate a closed-off feeling, a notion that one should maintain privacy over visibility. On the other hand, Hollywood is a place of extreme visibility. People who work in the industry are on screen, on panels. They give interviews and play a prominent role in the media. How do these communities manage that expectation?

All I can say is the more visibility the better. I don’t mean from an egotistical point of view. We’ve gotta get our message out. We cannot be in a vacuum, preaching to the choir, just talking to each other. We have to get out, we have to break those barriers, and we have to get beyond the feeling of, “this is not for us,” or “this is for someone else.” Thank God, we are. But if you’re faint-hearted or you’re shy, then I don’t know, maybe you should do something else. But the visibility issue is key, to getting your message across. Otherwise, you’re just going to be in a box forever. And it’s our responsibility to break out of the shell.

What are the most common questions you get when MPAC is consulting on a show?

It’s almost sad, we always get questions about the faith. Basic, basic questions. We notice that happens a lot, but that’s ok, it’s part of our job to educate, to maybe do a little handholding. Still, it boggles my mind, that someone writing about Islam doesn’t know much about it to begin with. It’s not a criticism, it just an awareness for us as consultants to just be ready for it so we can handhold. It’s not a big deal, I just wonder sometimes, because some of the questions can be so basic. “What do Muslims believe in?” And there are shows we work on, certainly, where we get high level questions. They’ve done their research and now they kind of want to get beyond the basics.

The new live-action Aladdin has caught some criticism from a variety of places. Issues with the countries of origin of the actors, the ambiguity of the presented culture, whether it’s Persian or Indian or Egyptian, what have you, and many other topics. How do you feel about the criticisms being levelled at the film?

Disney hired many consultants, and we were one of them. Unfortunately, I can’t say much about the consulting. I will however say that Walt Disney Studios, they did their due diligence in trying to get it as right, as good as they could get it, and we think they did a great job, to be perfectly honest. There’s a huge difference between the 1992 version and the 2019 Aladdin, because of the fact that they did their due diligence. They brought in so many consultants to consult on it. Does it have some opportunity areas? Absolutely, but nothing’s perfect. For it to be the number one film in America, with five actors of color, that’s incredible. When was the last time that happened? We need to, as creatives, executives, as a community, understand that the road is long, and the new Aladdin is a win. It’s important to remember, when you consult, you’re not the creative, we’re not the producers. When we consult in general, on Aladdin or any other project, we’re in there just to help them tell a better story. We give them our notes and we pray they take our notes. To their credit, a lot of the times they do. They also want to tell a better story.

Much of the critique surrounding the film has to do, I think, with a cultural demand for perfection. Political correctness is a part, to be sure, but there seems to be a drive to make this person a perfect Muslim, this person a perfect Native American. Do you see that in your work? Is there a lot of pressure to get the portrayal of marginalized communities right on the first try?

Nothing’s perfect, perfection’s for God. But the pressure is real, and it’s good. Even if you can’t attain perfection, you can attain good, and you can definitely attain better. That’s what we need, we need good and then very good and then excellent and then as close as to perfect as we can get it. As marginalized communities, whether it’s muslims or hispanic, Indian or Hispanic, all of them are fed up. We’re done being led. We need to be in the lead. This is how we’re feeling, and we’re going to keep pushing, until the industry includes us and gets it right. I think we’re moving in that direction.

Talk to me about the different branches of MPAC. You’ve got an office in DC and one in Hollywood, right?

The MPAC is actually a public policy advocacy group. We work in DC and in Hollywood, to do the same thing, to get better stories told in Hollywood by consulting and connecting, and then in our DC office by getting young leaders into Congress and on Capitol Hill, and the State Dept., and holding our government accountable to the Constitution. So we’re pushing in both directions – policy and entertainment. That’s the reality, that’s what makes America work, the pop culture and the policy. Laws are there to protect us, but really, pop culture is there to change hearts and minds. The law can tell you, it’s against the law to commit a hate crime, but pop culture will make it where you’ll never want to commit a hate crime.

It’s been 18 years since 9/11. In that time, the landscape for how Muslims are portrayed has gone through radical changes. There’s been pushback, things have been push forward, but it seems like we still have a long way to go. Is there an end in sight? What’s the ultimate goal of the the work?

The work will never stop. I don’t know if anybody will ever arrive. What does it even mean to arrive at this final destination? I guess the final destination looks like when all underserved communities now are portrayed authentically and fairly in the future. Will there always be narratives that are problematic? Absolutely. But I think, when we can tip the scale from being mostly bad to mostly good, that might be the destination we’re looking for, that’s what authenticity looks like, that most people are good.

I think a lot about how hate and bigotry are so easily resurrected, passed from one generation onto the next. How do you see the nature of the work of MPAC and similar organizations changing in the future?

Absolutely. We’re never going to stop the work, I think it’s just going to take a different flavor, a different style to it. The right will try to still vilify Muslims and Arabs, the black community and what have you. But when you tip the scales, when most of the narratives are good, that’s what success will look like. Look at the Jewish community for example. They got through a lot of it, but they’re still dealing with so much stuff. I think they are the number one target of hate crimes. Do you see what I’m saying? But so much good has also come out of it. So their work is not done, not going to be done. Same with Muslims, Arabs, Indians, everybody.

You can learn more about MPAC on their website.