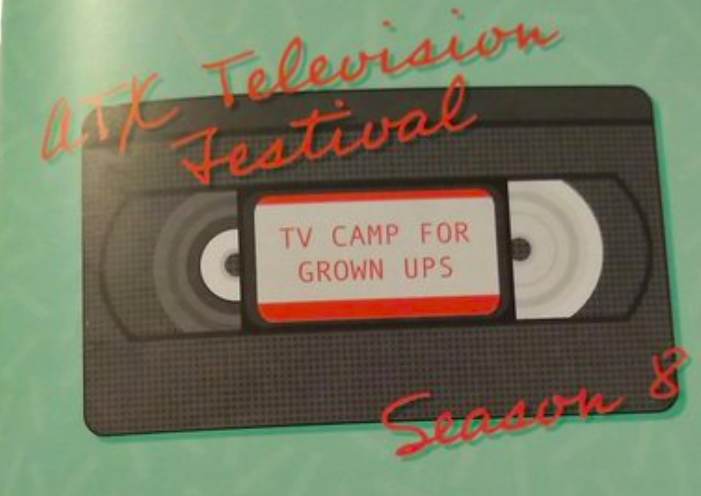 In my second time covering the ATX TV Festival, I knew I was in for a treat. The lineup this year showed that, while the festival is getting bigger and better and more inclusive, it’s also willing to get more serious, to host more panels and address bigger issues with greater honesty. There were panels with Phylicia Rashad, panels on powerful writing, panels on women in the industry and how the industry is changing. That the TV world is opening its doors, letting people in behind the scenes to talk to the leaders in their fields, feels like a beacon of hope.

Hope is very important for TV right now, because this last year has been kind of a mess. The drama with Roseanne, the contentious ending of Game of Thrones, and a score of other mishaps have made it an interesting time to be a TV critic, to say the least. I think the festival runners took that to heart when coming up with programming, because it felt as though there were more panels than ever, more opportunities for dialogue than ever before.

Now, that’s not to say there weren’t screenings. Boy howdy, there were screenings aplenty. Below, I’ve highlighted some of my favorites, and I implore you to check them out, dig deep, and let me know what you think!

Hulu’s horror series, in partnership with Blumhouse TV, has been rolling out some new American horror features. The latest installment, Culture Shock, promises to be a rollicking good time. Directed by the highly-talented Gigi Saul Guerrero, it’s a new take on the US-Mexico border crisis, using the dimension of horror to widen our perspective on what’s really happening there. The casting is par excellance, the dialogue snappy, and the gore is…unconventional.

It’s been more than ten years since the original series, The Terror, aired on AMC. Revolving around the disappearance of the HMS Terror on it’s Artic voyage, it brought a new dimension to AMC in the early 2000s. Now, season two focuses on the internment camps set up by America during World War II, to imprison Japanese-Americans after Pearl Harbor. Showrunner Alexander Woo, costume designer JR Hawbaker, and the legendary George Takei are all involved, and all invested in telling a new, unique story. It’s a love story a la Boy in the Striped Pajamas meets traditional Japanese ghost stories set in a unique and dark period of American history. What’s not to love?

Letterkenny is such a special show. The easiest way to describe it – a Canadian live-action King of the Hill – doesn’t quite do it justice, even if it is a rather good parallel. If you haven’t seen it before, just watch the first episode and you’ll be hooked. It’s positive, life-affirming, side-splitting and, in some episodes, remarkably educational. Plus, the fight sequences are magic. If you have seen it before, the new season looks incredible. The episode they showed at ATX, ostensibly the pilot, focuses on a call-in TV program, set up for answering agricultural questions. Hilarity ensues.

This new project feels close to home for me. Not just because it’s the same animation studio that worked on Tower, the documentary about the UT tower shooting, but because so many people on the team for Undone are from Austin. A new look at how we deal with trauma and change and existential crises, the show focuses on a woman exploring the circumstances behind her father’s death (dad played by Bob Odenkirk). The rotoscoping style is very well done. You can tell how much labor and love went into making it. They hired Dutch masters to do oil paintings for the backgrounds in the show, that’s how much they put into it. The characters are Latina, the boyfriend is Indian, the setting is San Antonio, and the story is powerful. Keep your eyes peeled for this one.

Did you like Narcos? Well, one of the drug dealers, Arturo Castro, now has his own comedy sketch-esque show on Comedy Central. It feels very new and fresh, not drawing on too many references from other sketch shows, but instead focusing on life now, and what it means to be LatinX today. There are bits about the polite feuding between Costa Rica and Guatemala, sketches about how to be a Latin lover, endless jokes about tias and abuelas and familias. Furthermore, it’s accessible. Arturo is not overbearing, exaggerated or braggadocious in any way. It’s a fun, sensible sketch show that bears watching.

I’ve been a fan of Archer since my college days, and season ten has made some changes that may not jive with everyone. It’s a marked difference from the earlier seasons – less violent, more caring – but it’s not a bad difference. Set in space, chock full of late-90s sci-fi parodying, the easiest criticism to make of the new season is that there are plenty of sci-fi parodies that do it better. Does that mean that this new season isn’t doing a good job? No. It means that it’s doing a lot. Changing the feel of the show after the hyper-violent previous seasons, easing off the meanness and hyper-womanizing characteristics of the lead, and tossing around space jokes like candy is no mean feat. As a show, it pulls it off. That alone bears watching.

Zendaya, Zendaya, Zendaya, yes, yes, yes. Most of the hype around this show was built up over Zendaya. Other, better reasons to be hyped to see the premiere: it’s a modern look at teen life, specifically from the angles of sex, drugs and trauma. It’s got an insane budget and a highly-talented cast (even the newbies, the ones who’ve never acted before, the breakouts, are incredible). The camera work does some great trippy stuff. If you want to watch some teens sneak out of the house, lie about their age on Tinder and do various other crazy things, Euphoria is the show for you.

I don’t Epix gets enough credit as a network willing to take risks. The producers and directors who work on projects like Perpetual Grace, LTD. are really hard-working, drive people with visions to pursue. Yes, by and large it’s the everyman’s HBO. But that doesn’t mean the shows they make aren’t worth watching. Case in point, Perpetual Grace LTD. is a show about con artists, religious mysticism, trauma and spiralling. The cast consists of showstoppers like Sir Ben Kingsley, Jimmi Simpson and Luis Guzman. It’s a great look not just at what happens when you impersonate somebody without knowing they’re a person of interest in a murder case, but also at what it means to be broken, and the lengths we’re willing to go to change that. Find a way to watch it, I promise you won’t be disappointed.