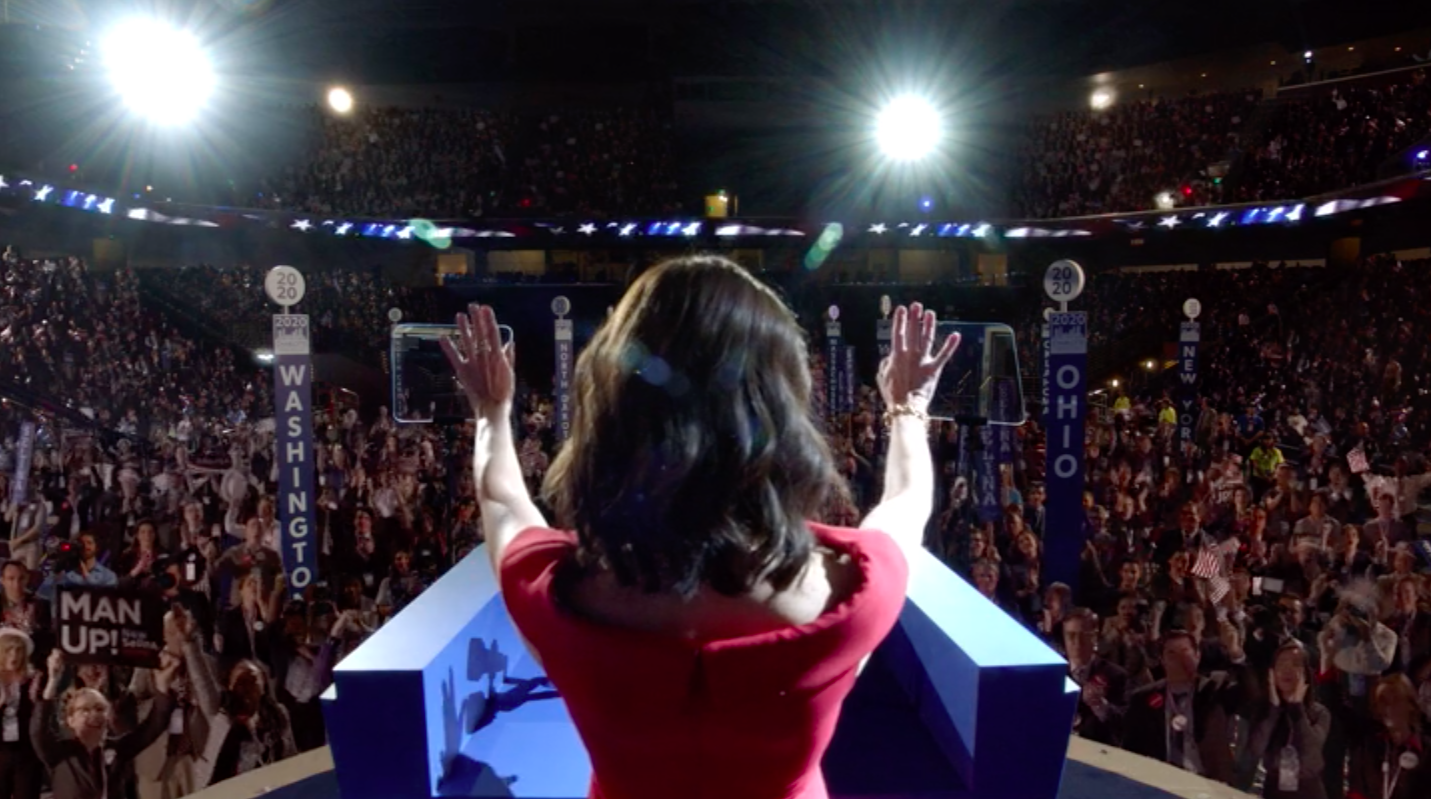 The Absurd Trajectory of the Prophetic Veep

I hated Veep when it premiered back in 2012. Armando Ianucci’s biting satire of American democracy felt to me like useless cynicism, a crass comedy of bad behaviour like It’s Always Sunny without the insight.

Veep grew into itself in season two and I at least started to intellectually appreciate its style even if I still couldn’t relate to its thematic goals.

The show really started to succeed when it hit the campaign trail in season three, kicking off five seasons of nearly uninterrupted running. Somewhere around 2014 when its seemingly endless parade of elections began, Veep became more than a bitter portrait of incompetence; it turned into a brutal indictment of the quest for relevance as Julia Louis-Dreyfus’ Selina Meyer sought out, fell into, lost, then crawled and scratched her way back to the seat of power.

It feels almost idiotically obvious to point out that 2016 changed everything.

But it did. Obviously. My struggle with Veep had always come down to my ultimate belief in people. Call me a sucker but I’ve always held fast to the view that the most honest character writing reflects people who are trying to do good- failing, of course, but honestly trying in whatever way they can to do the thing they believe to be right even if they’re wrong about what that is. But like so many fellow citizens of our doomed planet, I’ve been getting my soul stepped on by a daily parade of shit since November 8, 2016. It’s put Veep into new perspective, the show’s wildest expletive outbursts and shocking moral compromise barely registering as parodic in a political landscape that is to the previous administration as Veep is to The West Wing (quite literally- The West Wing‘s Matt Santos was inspired by a young Obama). If you’re skeptical of parody, as I pretty consistently am, there’s an odd tragic irony to the grossness of Veep‘s ethos eventually aligning with actual reality: 2016 made the world a much darker place, but it made Veep a better show.

And it’s not just Donald Trump. In fact, I might even claim it’s mostly not Donald Trump. The Trumpiest character in Veep is Timothy Simons’ entitled gross-out manbaby Jonah Ryan who stumbles into success mostly by belligerently declaring himself worthy of said success. But Jonah was always secondary no matter how many scenes he stole. Far more insidious is Selina herself for whom the appearance of competence and perhaps even electable excellence is never more than a well-spun catastrophe away. Though she shares her privilege and disloyal cruelty with the current POTUS, it’s actually more figures like Paul Ryan and Lindsey Graham who come to mind for me when considering the particular style of Selina who does not, on the surface, seem all that bad. Figures like Ryan and Graham have been known to flirt with righteousness, dangling carrots of intellectual capacity and bipartisan open-mindedness before hitting the gullible electorate with the stick of total inaction or, worse, morally dubious defection.

I recently heard an interview with Graham in which he pushed back on the “What happened to Lindsey Graham?” narrative with candour that was perhaps more revealing than he meant it to be. He basically said everything he has ever done in politics has come down to “relevance”, the implication being that the earlier criticisms of Trump we’d all assumed to be true beliefs he’s now abandoned in favour of proximity to power weren’t in fact any more true than his current loyalist theatrics. Everything Lindsey Graham says and does- whether it’s a bipartisan immigration proposal or a vitriolic possum rant at the Kavanaugh hearings- is designed to keep his name in the headlines and his hand in the cookie jar. He couldn’t care less what actually happens as long as he’s in the room where it happens. That’s maybe the most Selina Meyer thing I’ve ever heard. Selina Meyer who, in Sunday’s finale, promised to make gay marriage legal again in exchange for a couple convention delegates. She undid her one and only humanitarian achievement in order to win a primary. Graham credits his mentor John McCain with teaching him the importance of relevance at any cost. It’s not difficult to find roots of Trumpism in the 2008 election when McCain chose a dangerously unqualified running mate. In the Veep series finale, Presidential candidate Selina Meyer chose Jonah Ryan.

You can argue- as I just did, in a way- that the casual corruption and remarkable idiocy that now makes Veep feel like a documentary has always been present in Washington (the likes of Ryan and Graham weren’t simply conjured when Trump came down the golden escalator; the choice of “We Didn’t Start the Fire” as Selina’s victory song in the finale puts a rather fine point on this message) but even the most jaded among you has to acknowledge that the show’s brutality used to strain credulity even within a satirical sphere. The kernels of truth may have been there, but they felt remote to the point where the satire didn’t feel useful, as though Veep were directing us to focus on the scuzzy dark edges rather than maintain hope for and concentrate on the light. In an awkward comedy mirror of what happened with The Americans on FX, the real world seemed to come down to meet Veep where it dwelt, in the muck. Or, if you’d prefer, “the swamp” which has definitely not been drained and likely never can be.

But as the characters became more recognizable and their crises became familiar, somehow the show became more human. In the most bizarre of ways, the version of Veep that ultimately emerged from the darkness of the reality the writers never could have predicted yet somehow seemed to prophesize was a little, just a little, more hopeful than I ever thought it could be way back in season one. Veep ends with a two-part epilogue, first a 6-month jump that shows Selina getting everything she thought she wanted and being left alone and unhappy for getting it. Then we jump forward 25 years. We learn that Selina only served one term. VP Ryan got impeached. And Sam Richardson’s big-hearted Richard went on to become a beloved and effective President. He stumbled into it ass-backwards (this is, after all, still Veep) but the only truly good person in the show’s universe ultimately triumphed. In the end, Veep seemed to say that, right now, it’s worse than we even realize- worse even than this bleak show predicted back when it was mostly fun and games- but it doesn’t have to end that way.