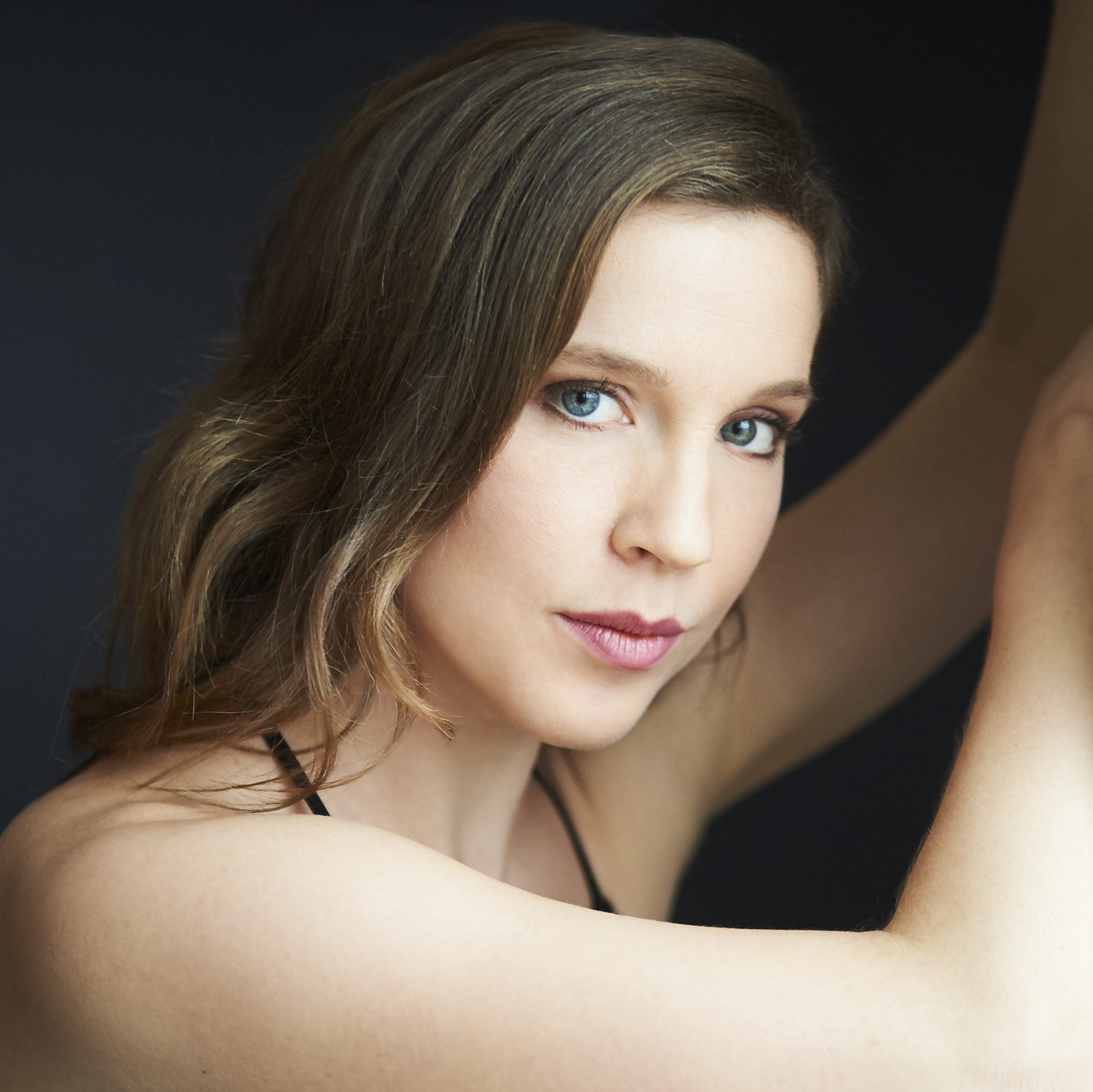 Shaw Festival (and Triple Sensation!) alum Tess Benger played the quirkiest member of the group at the centre of Girls Like That. She based “Special” on Luna Lovegood and infused the character with a giant heart and carefully guarded colourful instincts.

Can you remember your first experience with theatre?
Thats a tricky one,…my mom is an actress named Nicky Guadagni, and I grew up in dressing rooms, green rooms and lobbys. So theatre feels like home to me…I have a lot of childhood memories of feeling like a VIP because whenever we would see a show we would always go backstage and say hi to our friends. So…..I don’t think I have a first memory, because it’s been such a huge part of my life for as long as I can remember.

When did you know you wanted to be a performer?
I don’t think I ever felt like it was a decision to be made. I was brought up by and in the theatre community. I did the child actor thing for a while and then hated missing school so I “retired” at age 12, haha, and throughout my teenage years I was planning on pursuing a career as a soccer player. It wasn’t until grade 12 when it was time to figure out what to do after high school that I panicked about life as a professional athlete…. I really asked myself what I wanted to do and my heart led me back to acting, I went to Sheridan College for Musical Theatre and the rest is history!

What’s your favourite piece you’ve ever worked on?
I am currently in rehearsals for Cabaret at the Grand Theatre in London, I am playing Sally Bowles, which has always been my top of the list dream role…..so this piece is really in the forefront of my mind….but…..I loved playing Anne Shirley in Anne of Green Gables in Charlottetown, Cabaret at Shaw, Top Girls at Shaw, The Next Whiskey Bar at Shaw. Chasse Galarie, GIRLS LIKE THAT, The Last Five Years. Oops I have a lot of favourites!

Do you have a dream project?
I would love to act with my mom on stage. And playing Sally Bowles!

How did you get involved with Girls Like That?
I worked with Esther Jun at Shaw…when I saw the Tarragon season was announced I looked up the shows, I ran to the ref library and read Girls Like That. I have never had such a strong emotional reaction to a play in my life. Evan Placey understood my teenage experience so well- I felt heard, I laughed and cried very loudly in the quiet ref library… the minute I finished the play I emailed Esther and expressed my passion toward the project, she gave me an audition, then I made it to callbacks and I booked it. There are few projects I have felt that strong a “ I HAVE TO BE IN THIS”, I wanted to be a part of sharing it.

The play as-written doesn’t assign lines or define who the characters are. Tell us about the development of your character.
Well we did a workshop for a few days about 6 months before starting rehearsal…..Esther assigned us all “personally traits” I guess you could call them, and we went through the script and if you thought that your character would say a specific line you could kinda just say that, and if there was ever two people who wanted the same line we would just all chat it out….it was really amazing…the ownership it provided us with was more than I have ever felt with any other text. My character name (trait) was Special! My inspiration for her was Luna Lovegood.

What were some of the key conversations you had with your director Esther Jun in developing your interpretation of the piece?
What I remember most was during the workshop, we were going through the script slowly and people would constantly share their wonderful or horrible high school memories that related to wherever we were in the story. Everyone was really candid and open and we all learned a lot about each other.

Tell us about the creation of those show-stopping dance transitions and what they brought to the piece tonally.
Oh wow, well Alyssa Martin is a brilliant, wonderful, hard working wizard queen. We all worshipped her and still do. She came in ready to choreograph us, but she was also really open to suggestions, and there were things that she built on us in the moment. But for the most part that was all Alyssa, she had done a huge amount of work in advance, and she never questioned whether or not anyone had dance experience, she didn’t know any of us before the project, she just choreographed in the way the body wants to move when you put on MIA…..

For a lot of women, the play felt extremely personal. What were some of the ways you brought your own experiences to the material?
There were definitely things I chose to forget from my teenage years, whether it was being bullied, being the bully, or being the bystander…..I think we all had to re-live what it felt like to be on every side of that. And also that age before you have any sort of game with boys, that awkward age when you don’t know what to do about your hormones…..we all had to relive that..horrible…

Considering the speed at which technology evolves the issues in the play, did you do much research into the experiences of teenagers today compared to when you were in high school?
No, I didn’t do research…the writing provided us with the world, and as someone who has been in high school and someone who has an iPhone now, it wasn’t hard to connect the dots. And when I was in high school we did have msn and all that stuff, so it didn’t seem like a foreign world to me.

The production inspired extremely polarized reactions. What is your response to the criticism the play received?
I thought it was exciting that it sparked such conversation, I was proud to be part of something that challenged people in ways that made them uncomfortable. I hope this isn’t true, but I think the loud negative opinions discouraged people from showing up to see our show…. As an audience member, I disagree with reviewers and Facebook praise regularly so I hope that didn’t stop people from experiencing what I think was something very special, and exciting and unique to Toronto stages. I think it is SO important to show up and have your own opinion, develop your own taste! That being said, when I think back to our production, I don’t offer any of my energy to the negative opinions that got so much attention….there were far too many beautiful post-show conversations that our play inspired, that is what I remember, and the female students screaming when we danced to “Run the World” by Beyonce… that was rich.

Did you get a chance to speak to any teenage girls who saw the production? What was their reaction?
YES, and it was THE BEST. I did a workshop with some High School Drama students, after they had seen the show, they were picking up on such complex things in the show, they even showed me a movement piece that they created inspired by our show…. it was so beautiful.

Did you have a favourite moment in the production?
The dances were my favourite, hands down, it felt so raw and empowering to be up there moving like that. I loved the whole show, I loved my fellow cast mates. I have never been part of a cast like that. We had each others backs in a way I have never experienced. Having done a lot musicals with big ensembles, I thought I knew what that meant, “ensemble”, but I didn’t, not until Girls Like That….truly….the love in that group put any sort of negative feedback to shame. Oh man, ya I love them all very much. There was so much love.

Do you have anything you’d like to add?
Thank you for asking us to [participate in the interview series], what a beautiful thing we had together, it was really special to relive it.