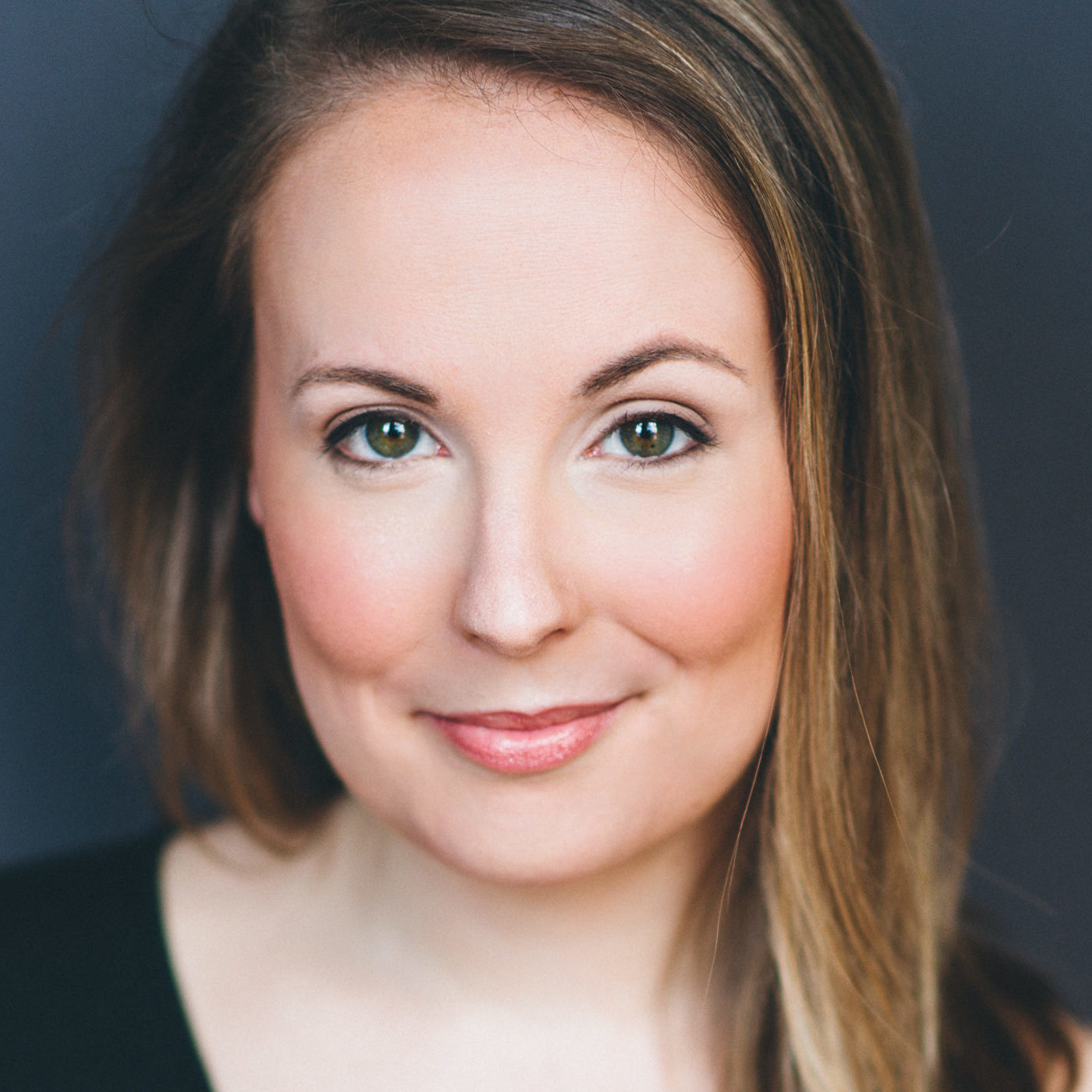 Theatre artist and educator Janelle Hanna is well known to Toronto Fringe audiences, where she’s appeared in a half dozen shows, including her own subversive solo clown show, Bad Baby Presents: Rules Control The Fun. But her turn as Patsy, the bubbly candy striper in Marie Beath Badian’s Prairie Nurse at Factory Theatre last spring (and later that summer at 1000 Islands Playhouse), could be considered a breakout for her as a performer on “mainstream” Toronto theatre stages. It harnessed Janelle’s comedic timing and guileless-seeming “hit” to great effect, with her standing out amongst a strong ensemble of theatre up and comers and veterans to earn an Outstanding Supporting Performance in a Play nomination.

Janelle, who holds a BFA from University of Toronto and a MFA from York University in theatre, will be bringing Bad Baby back for an extended tour across Canada this summer, while she’s on a break from teaching acting at York University.

Can you remember your first experience with theatre?
My aunt used to dress up my cousins and I when were little at the cottage and we would put on “skits” as my mother would say. I’m not sure I would call that theatre though. My first official stage role was in grade three at the Christmas concert. I was part of a trio of elf triplets – Hemi, Demi & Semi. Pretty sure I was Hemi. Hmm…might have been Demi. I do remember I had the biggest chunk of text of our trio, and I was pretty darn proud of that. Still am…

When did you know you wanted to be an actor?
When I was in Super 12. I was supposed to be in the first class of the double cohort, and graduate high school after four years. I chose to stay for a fifth year however, mainly so I could take the musical theatre course again which was only offered every two years at my high school. When it came to applying to Universities in my final year, I wanted to go study the thing that I liked more than anything else, and for me that was theatre. High school is where I really came out of my shell, and wiggled my way into any and every opportunity to be in front of a crowd. Being on stage made me feel more alive, and more myself than I ever had before. It was the perfect mix of absolute terror and adrenaline all mixed into one. I would have been on a very different path had I graduated after four years of high school. I’d probably be a high school chemistry teacher right now.

What’s your favourite role you’ve ever performed?
It’s hard for me to pick a favourite anything. Patsy is definitely high on the list though. I miss doing musicals, which is what I started out doing, so I hold those roles pretty near and dear. I’ve learned to love roles where I have to acquire a new skill; extreme challenges can be exhilarating. Learning the bagpipes in two months last summer for Briana Brown’s Robert at the Toronto Fringe was pretty thrilling, and by far the most difficult thing I’ve ever had to learn how to do.

Do you have a dream role you’d still like to play one day?
Sure. Many of which I’m too young to play, and will be for another twenty years I bet. I’ve also tried to let go of the idea of dream roles though. I’m not a big fan of disappointment (and this business comes with enough of it) so I try not to have specific roles in mind because there are so many pieces that have to fall into place to land those parts. Or I just pick those “dream roles” for audition pieces, so that in a small way, I still get to play the part.

How did you get involved with Prairie Nurse?
I wouldn’t have gotten Prairie Nurse without Rob Kempson. He was coordinating the auditions, and had seen my work previously. They wanted to see a few more people for Patsy, and he thought I might be a good fit. I’m so thankful he thought of me, getting to do that show was my highlight of 2018. I loved the play immediately, and good golly did I want that role. It’s so rare I read something and know immediately that it’s right in my wheelhouse, and that’s exactly what Patsy was for me.

The role you’ve been nominated for, Patsy in Marie Beath Badian’s Prairie Nurse, seemed to draw a lot on your background with clowning; clowning being something director Sue Miner has a lot of experience with, too. Can you talk about that rehearsal process with Sue?
Working with Sue was a really lovely experience. She gives a great deal of freedom to her actors, and there was so much room for play in rehearsals. It was also so lovely having the playwright Marie Beath in rehearsals from time to time. The two of them work together really well, and it was always such a positive atmosphere. I miss that team and being with the cast so much. It’s funny you touch on clowning in regards to Prairie Nurse. It wasn’t until a friend saw the show and said they saw a lot of my clown character Bad Baby in Patsy that I even fully realized the correlation. I was really thankful for that clowning background when Patsy was alone on stage, the sections where she was setting up all the romance in particular, it helped me fill in the world.

You’ll be touring your solo clown show Bad Baby Presents: Rules Control the Fun this spring. How will that experience compare, in your experience, with doing Prairie Nurse or other large-cast shows on the road outside of Toronto?
This is the first time I’ve taken a solo show on the road, and the biggest difference is not having the support of a full team. When we first produced Bad Baby Presents: Rules Control the Fun at the 2017 Toronto Fringe we had a core team of four, and a few designers as well. At the Edmonton Fringe in August it will only be myself and my stage manager so needless to say we’re going to be wearing many hats. I couldn’t have brought Bad Baby to life the first time without the Lark and Whimsy Theatre Collective, and that process really changed how I approach collaboration as a solo show creator, and as an actor in general. The other major difference of course is it’s only me on stage. In some ways I find performing solo a bit easier, I think a lot less (which for me is a good thing), and it forces me to be fully in the moment. For me performing solo is like catching a runaway train, and once I’ve jumped on it, I’m not thinking about anything else until it’s my time to jump off.

When not performing, you’re a teacher, correct? Can you talk about some of the parallels between those two careers?
I’ve been lucky enough to teach an introductory acting class at York University for the past few years. I teach students from all programs, years of study, and levels of acting experience. The majority of my students have never taken any kind of acting, drama, or in some cases, art class in their life. Teaching has made me a better actor. It’s very valuable to have to revisit the basics over and over again with each new class. It’s forced me to take a deeper look at my own process, and find ways to distill that into an accessible form that hopefully my students can also apply to their lives outside the studio. It’s really rewarding getting to see the huge leaps in my student’s confidence and self awareness. It’s solidified my belief that everyone needs to take an acting class at some point in their life, especially as the world becomes further digitized. I sometimes worry that we’re losing the ability to reach each other, and I don’t care how much technology takes over, there is nothing more powerful than having a living, breathing person speaking in front of you. I worry we’re losing sight of that.

What are you working on now/next?
The Bad Baby tour is my main focus right now as Edmonton Fringe is about 6 months out. We’re also on a few other Fringe Festival waiting lists, so keep your fingers crossed! I’m also in the early stages of creating my next solo show, which is going to be a mash up of two very different styles of live performance. That’s all I can say for now though.

Do you have anything you’d like to add?
Thank you for this nomination, and including me on this incredible list of artists. Thank you and everyone at My Entertainment World for encouraging, creating and facilitating discussions of Toronto theatre. Your voice is needed in our community. You not only help us share our work to reach new audiences, you also help illuminate the work itself, helping us see connections and facets we don’t always see. And that to me as a theatre creator is so valuable.