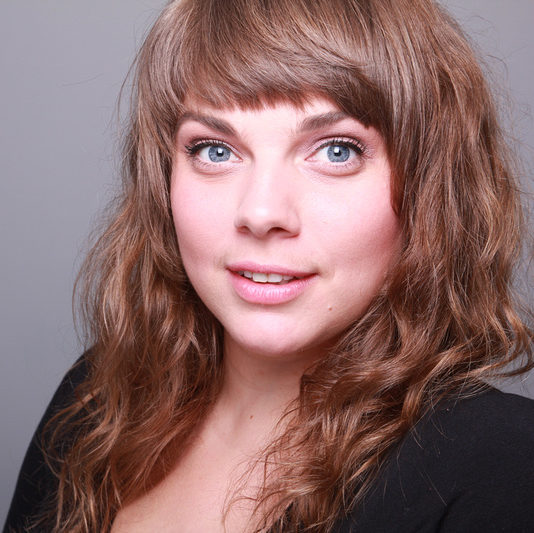 Emmelia Gordon‘s stand-out portrayal of Jayne in the Criminal Girlfriends production of Fierce offered a deeply human portrait of both the feral and the vulnerable elements of George F Walker’s traumatized drug addict, blowing us away and earning her an Outstanding Leading Performance in a Play nomination.

Can you remember your first experience with theatre?
Wow, yeah. My dad didn’t get a sitter for me, so he took me to his rehearsal for this community theatre show Jitters. On the way home, he asked me what I liked best as I watched from the audience and I started retelling the whole scene so well, in fact my dad thought “wow, she knows the scene better than I do!” and from then on my parents put me in theatre every summer.

When did you know you wanted to be an actor?
When I was about 14. A teacher told me that I had what it took to make this a career. Somedays I curse them for that, haha. But for real, there is nothing else I would want to do with my life. When I told my parents, they said “ well, she’s gonna make less than a server, but at least she’s got a direction and a mad passion for it”.

What’s your favourite role you’ve ever performed?
I would have to say Jizzbella Lith in Proud by Michael Healey

Do you have a dream role you’d still like to play one day?
SOOOOO MANY!! I would love to pay all the characters in Streetcar Named Desire, not at the same time though. But I would do that too, haha.

How did you get involved with Fierce?
I was involved in George [F Walker]’s workshops. He mentioned a two hander for two woman and I asked if we could read it. He said yes. Kind of a magical moment.

The difference between the two characters in this show is stark and at some times kind of comedic. How did you feel about the character when you first approached the script?
Honestly, it was so different from the end result. I had preconceived ideas about who she was and where she came from. I was playing it the way I heard it in my head vs just living in the text and allowing the character to come out. I was really in my head about it all. As soon as I dropped all, then she really came to life. There is a huge tether between the two characters, if it’s ever lost the play really drops out, you start to lose your audience. So we worked really really hard on keeping that tether really tight, connected, present with each other, present with the room the whole time. It was the play within the play.

Jayne’s character is incredibly antagonistic and yet the whole time I felt like I was very much onside with her, in part, I think because of your very humane portrayal of her emotional complexity. How did your relationship to her evolve over the rehearsal process?
She’s going through something so tragic that she has to find humour anywhere she can. She lives moment to moment because that’s all she can think about. The future isn’t something she can even see. It was a process getting to the place where Jayne lives. The part of ourselves when we’re hiding and want to justify when we are being destructive. That’ll be me overthinking again.

From my own perspective the performance was nearly flawless, but I’m curious if there was anything about playing that role you felt dissatisfied with, anything you might do differently if you were cast in that role again?
Is any show ever perfect? There is always another layer to work on.

Your director Wesley Berger worked with three different nominated performers this year. What stands out in your memory from your experience working with him?
Wes is such a great director. He really helped us bring this show to life. We all put so much sweat, tears and heart into this production. Without him it wouldn’t be what it was. I think the greatest moment for me was at the beginning of rehearsal. We had a day where it was just the two of us. He point blank asked me some hard hitting question, sort of make or break questions in the sweetest, nicest way. BOY DID I NEED TO HEAR THOSE! haha. I needed to answer those questions for myself to allow myself to go where Jayne needed to go.

Did you have a favourite moment in the production?
There are lots, but I would have to say the surprise of whipping out the acid.

What are you working on now/next?
Auditioning and looking for an agent. Classic actor life things.

Do you have anything you’d like to add?
I just have to say I also made the poster and it was a real moment for me. Im pretty proud of it, hahah. Thanks for seeing the show!!! I’m so happy you enjoyed it. Making theatre is such a thrill and a gamble, so anytime we are acknowledged for the hard work we do, it just helps us truck along. THANKS!