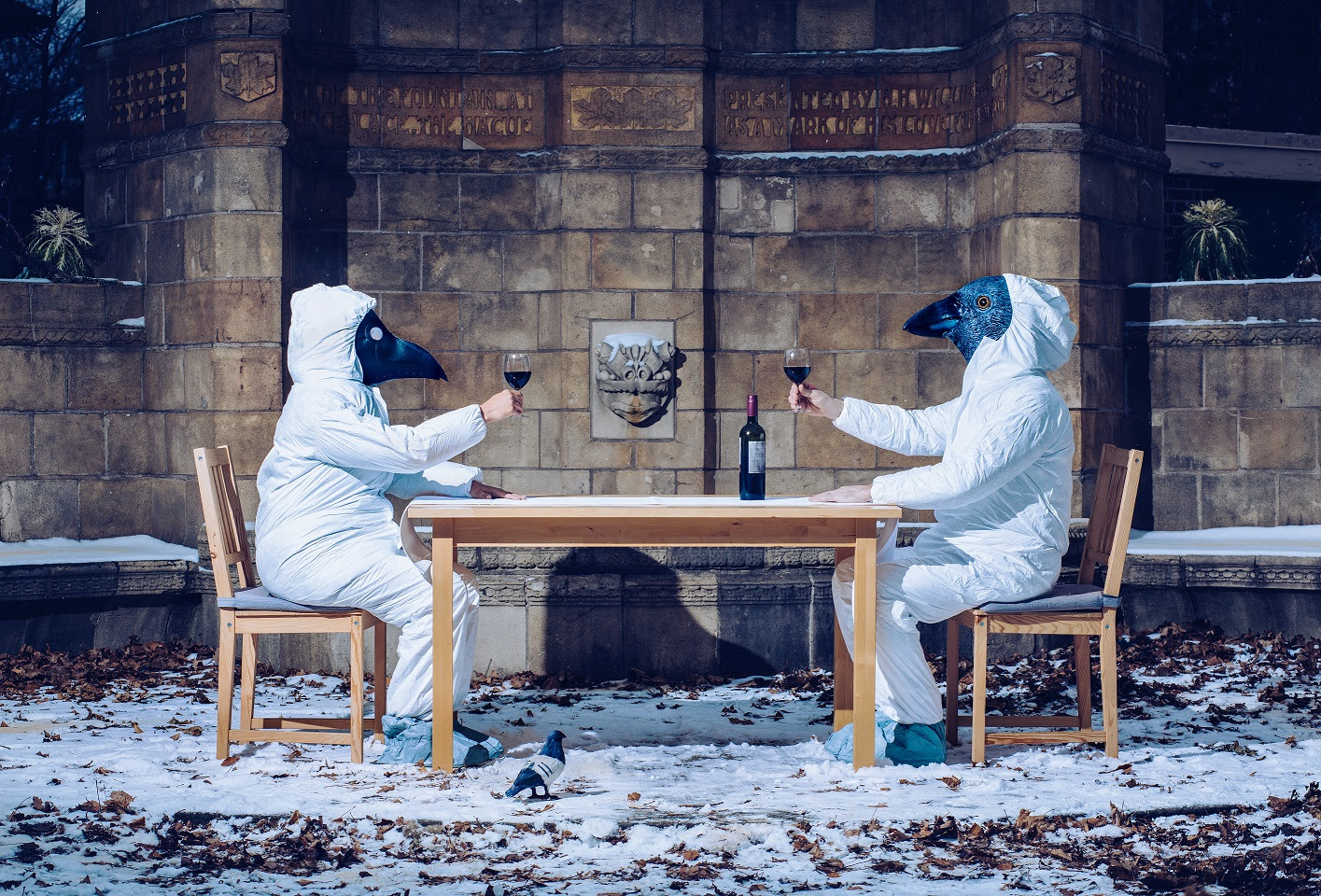 Toronto has a complicated relationship with the wildlife that we share our urban terrain with in 2019. To many, maybe most, these animals are pests. They break into our attics and build nests. They poop on our balconies, decks, and heads. They rummage through our garbage leaving a mess in their wake. The pigeons, the squirrels, and our beloved little trash pandas, the raccoons, are as much a part of this city as its human residents and despite our attempts to deter them, lock them out, shoo them away, and even kill them, they persist. Beyond all of our attempts to tame their nature, they persist.

Considering that playwright Stef Smith is from Scotland and Human Animals was originally staged in London, England, the love-hate relationship shared between urban dwellers and urban wildlife does not seem to be unique to the 6ix. Throughout the 100 minute production, Smith’s story takes the audience on a journey through a dystopian landscape deadset on ridding itself of those pests that have become more than just an inconvenience.

ARC Stage has chosen the cozy confines of St. Matthews Clubhouse (450 Broadview Ave.), to be home to the Canadian premiere of the production. Don’t blink, or you may miss the little white and green building standing at the edge of Riverdale Park. Set and light designer Nick Blais transforms the little unassuming venue with warm lighting, wood and rope accents, simple furnishings and illustrative pictures of nature. Green park benches encircle the stage, a large rag-style rug stained with a splotch of dark red blood, and act as audience seating. It’s a nice touch, to bring the outdoors in, although by the end of the performance my derriere is a bit numb despite being provided a cushion.

With such a small space to stage their performance, the cast must utilize every inch of the venue, both inside and out. The room is easily transformed by moving simple chairs in and around the stage, trading a small table for a big one, or removing everything all together. The room becomes people’s homes and their local pub, where the characters meet and talk. Their relationships develop and they reveal themselves to the audience. We meet well-to-do widow Nancy (Deborah Drakeford) and her activist daughter Alex (Arlen Aguayo Stewart). Their relationship is strained under Nancy’s drinking problem and Alex’s need to run away from her mother. Young couple, Jamie (Carlos González-Vío) and Lisa (Aviva Amour-Ostroff) seem in love, but there is a tension between them that stunts them as a couple. It’s also a small pub where Si (Andre Sills) and John (Ryan Hollyman) meet to verbally spar with one another as the ongoing crisis around them unfolds.

As the evening proceeds, the room is transformed. It becomes cold and dark as the warmth of the overhead bulbs goes dark. The cast ends up providing most of the lighting by way of flashlight and work lamps as the city outside is gripped in a panic. The performances of all six actors are honest and powerful. They carry the tension and the conflict of Smith’s story through the entire 100 minutes. A strong connection is made between the audience and the characters because they could be any one of us struggling through a crisis, trying to keep our lives intact despite everything else falling apart. Lisa’s cries for normalcy ring true. We know she is not a bad person. She just wants to go to work, pay her bills, celebrate her anniversary, and get her promotion. She doesn’t want to confront the pain and anguish happening all around her, that she is complicit in creating.

Human Animals is a story about environmentalism, climate change, and the widespread destruction of the natural world in favour of progress and humanity. Its themes though reflect any number of other crises that we see every day in the news. It challenges the audience to consider, ‘What would you do if this landed on your doorstep?’. We are left to reflect on our complicity towards the world’s injustices, which really is the purpose of art, to make us connect, question, think, and reflect on what we see long after we have left the theatre.