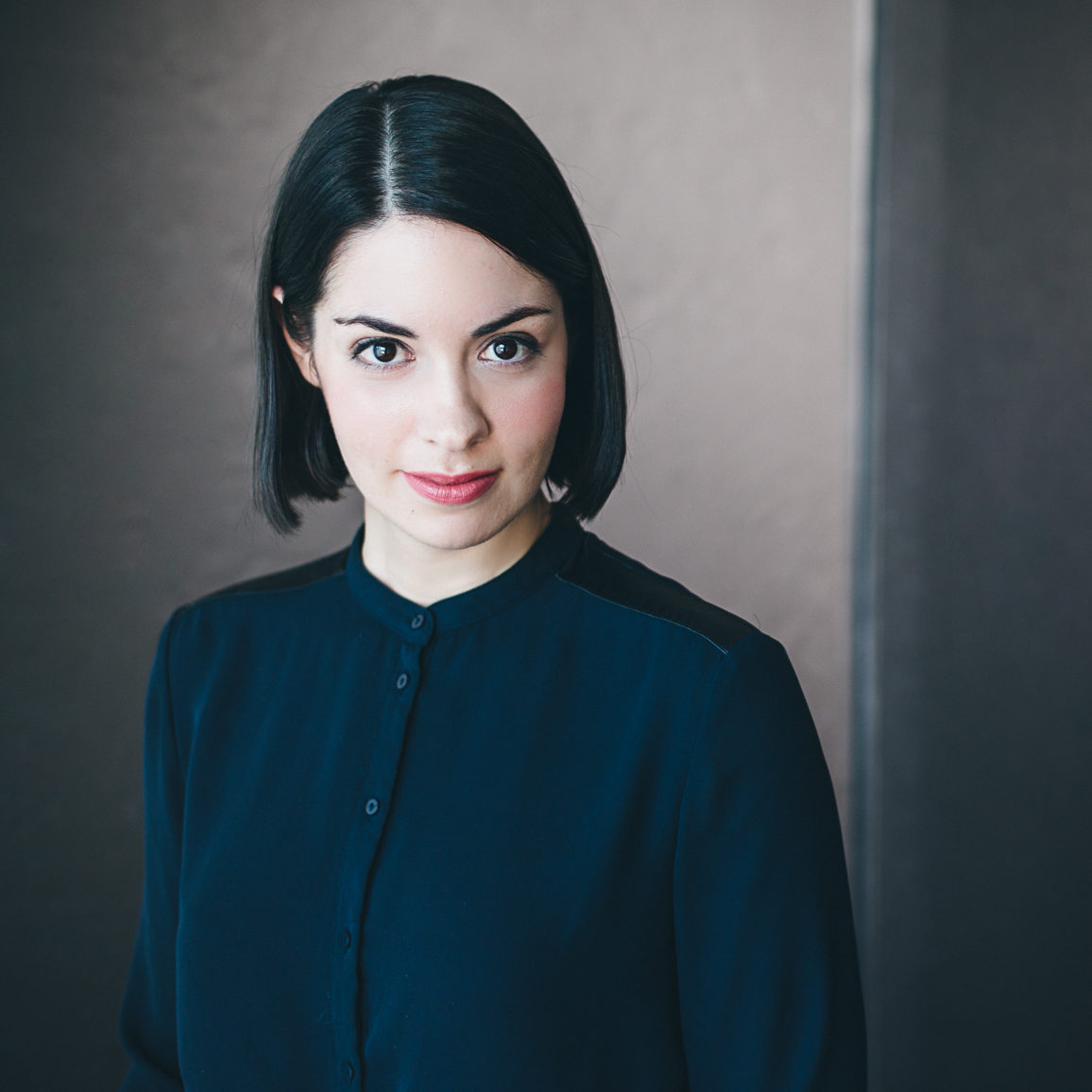 It’s hard to stage a production of a timeless classic that keeps what makes it great while still seeming completely original. Outstanding Direction nominee Sarah Thorpe and her team did that with A Christmas Carol, in a setting that provides unique opportunities and challenges. That production’s Scrooge, fellow nominee Thomas Gough, described her as having “the essential characteristics of every good director”; those are on display in her answers, as they were in the show.

What have you been up to since we last checked in for the 2016 Nominee Interview Series?
Lots of stuff. I acted in Titus Andronicus with Seven Siblings Theatre and Gut Girls (which I also co-produced) with Alumnae Theatre. I was a teaching assistant in the theatre program at York University for their theatre management class. I co-produced and acted in the sketch show Behold, the Barfly! at the Toronto Fringe and TO Sketchfest. I mentored in directing with Alan Dilworth through Theatre Ontario’s Professional Theatre Training Program. I produced Robert Fothergill’s most recent play Let’s Go! A Godot Prequel at Passe Muraille. I received a recommender grant from the Ontario Arts Council (recommended by Volcano Theatre) to co-create American Traditional: a theatre/circus hybrid piece about Maud Wagner – the first known non-Indigenous female tattoo artist in the US in the early 1900s – with circus artist Tamara Salpeter. I worked with Alon Nashman and his company Theaturtle as a producing intern. Ok, I’m done.

Tell us about the genesis of this production. Why did you decide to take on A Christmas Carol?
I had seen several site-specific shows at Campbell House before, and it occurred to me that an adaptation of A Christmas Carol would work really well in that space. It’s a story I grew up with: some of my earliest memories of childhood around the holidays was watching the 1951 film version. The themes are universal and still resonate today.

Every winter sees many productions of A Christmas Carol; how much inspiration did you draw from other productions? How did you balance what makes those successful (and the basic elements that make the story so resonant) with the desire to leave a distinct, personal touch on the show?
I didn’t really take inspiration from the other productions. The ones I had seen in the past were all set in traditional theatres, and I thought it would be interesting to set the piece in a different, more intimate space that’s from the period the story is set in, enhancing the themes and the characters’ journeys. I think most adaptations of this piece are successful because the story is so well known and enhances the holiday season for people. The intimacy and setting that Campbell House afforded us is what set us apart from other productions, and adding some aspects to the story that made the piece more meaningful for a 21st century audience.

You assembled a cast capable of taking their roles in unexpected and exciting directions; how strongly do you try to make the show conform to a specific vision, as opposed to letting the cast define the show?
While I had a vision for and ideas about each character, I preferred to collaborate with the actors on what they think about their characters’ choices and actions. It wasn’t about conforming their characterizations to my vision, but rather seeing how we could marry all the ideas together into a cohesive whole. I have a background in collective creation, and I really enjoy working collectively.

The themes of A Christmas Carol are somewhat universal and still relevant in 2018-2019. Do you let this speak for itself or try to explicitly highlight their salience in some way?
It mostly spoke for itself, but of course, playwright Justin Haigh infused contemporary touches where he saw the opportunities to do so. One of the reasons A Christmas Carol is still read, produced, and adapted 175 years after it was published is how universal and relevant it is.

What challenges and opportunities does the unique setting of Campbell House offer to a director?
A built-in ready-to-go set and perfect 19th century environment made Campbell House the ideal space for our adaptation and vision. It’s also so well known in our community as an alternative, immersive venue. Challenges were figuring out a route for the audience to follow over all three floors that would keep them engaged without tiring them out, how to communicate with each other in case something went wrong during a performance, and how to create moments of supernatural occurrences without the technology found traditional performance spaces and with the audience being mere feet away from the action.

The logistical demands of staging a show there mean that audiences are small and the show’s run has to be short. Any chance we’ll get a remount so more people have a chance to see it?
The conversation for a potential remount has begun. Stay tuned to ChristmasCarolTO.com and Soup Can Theatre’s social media for updates (@SoupCanTheatre).

With Campbell House providing an ideal backdrop from the era in question, what was your approach to set design?
It was more of a matter of figuring out what kind of experience we wanted the audience to have when in each room/scene, when traveling from room to room, and in the house overall as the story unfolded. Also, which scenes would work best in which rooms, and adding a few set dressing pieces here and there if we felt it was needed, depending on the scene. The décor of each room and the house itself, as you say, provided an ideal backdrop from the era. The design was largely about creating a sensory and experiential journey.

Two of your actors- Thomas Gough and Alex Dallas- are also nominated. Tell us about working with them.
Thomas was my first and only choice for Scrooge when I first got the idea for this adaptation. I had worked with him before and he’s a dream to collaborate with. As an actor, he’s game to try anything, no matter what the challenge. Alex is someone I saw perform years ago and was so drawn to as an audience member, so I was thrilled when she expressed interest in auditioning. She brought so much life, power, and ideas to her roles. The script was still in development when we cast all the roles, so Justin Haigh was able to write each character with the specific actors in mind, adding an interesting layer to the voice of each character.

What are you working on now/next?
A few projects on the burners and coming down the pipeline, including curating Solar Stage’s 2019 cabaret series.