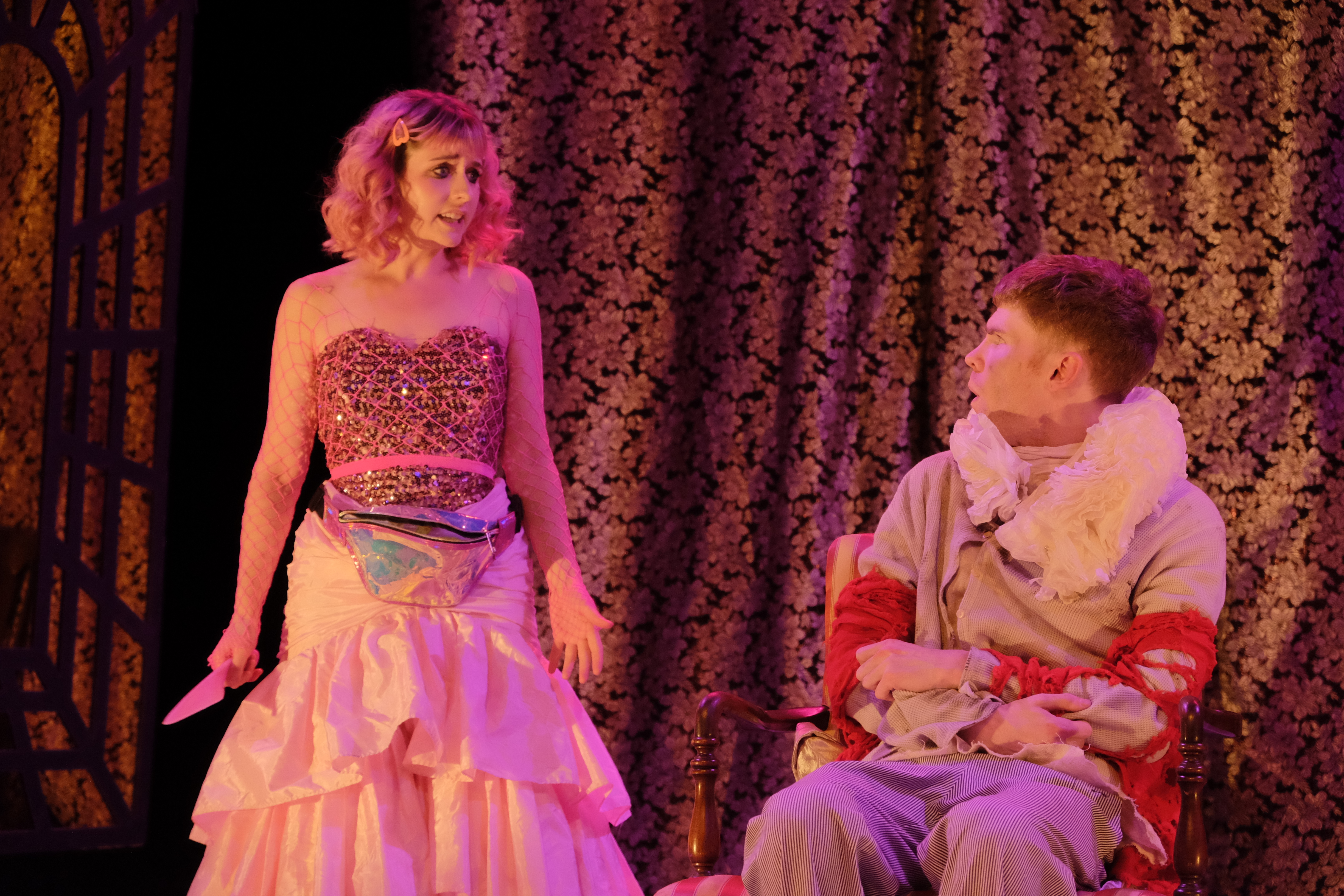 Ruffles, or a Progression of Rakes at The Tank

Ruffles, or a Progression of Rakes, running at The Tank, aims to give some commentary and meditation on power, wealth, status, and its effects on morality, empathy, and the extent of one’s personal responsibility in how one’s behavior affects others. The play seems to aim at being a medieval “Wolf of Wall Street” as seen by Toby from Sweeney Todd, and while the concept is interesting and worthwhile; the play comes up woefully short of such lofty aspirations.

The play revolves around a stable-boy turned servant/unwitting accomplice to a rake stumbling through a world of medieval privilege and debauchery. Nicolas-Tyler Corbin brings an authenticity and innocence to his portrayal as Ruffles, the central hub of the story. He is, impressively, honest and believable despite the confusing opacity that serves as a script and story.

In addition to Nicolas-Tyler Corbin, on whose capable shoulders the play chiefly rests, Tony Torn and Hannah Kallenbach bring charisma, commitment to their roles as Celdadon and Mariblena, receptively. The function and development of their characters in is often questionable in the context of the story, but the actors both deserve accolades for bringing captivating performances to such difficult material.

The play is, at best, a disjointed journey navigating a new world of temptation and possibility, and an examination of the ethical questions that such a journey dictates. At worst, the play drifts into a parade of incomprehensibility that stands only loosely adjacent to some kind of statement about morality in human behavior. The play is thankfully redeemed by several committed actors doing their best with a script that oscillates between these two poles.