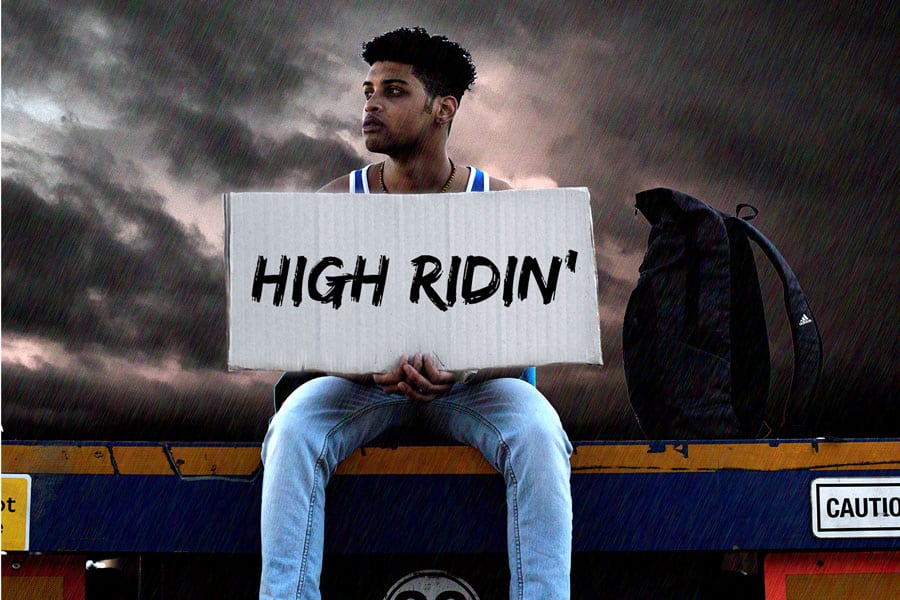 James Hogan’s new play is a touching portrayal of love, struggle and bereavement, but lacks the bite to make the drama gripping, spending too long stomping on well-trodden ground.

Centring around Stan, recently out of prison and returning to the home he has been left by his late father, the play focuses on his interactions with two other characters. Firstly his troubled relationship with Auntie Ivy, and then with Ronnie, a young runaway that Stan finds drugged up on the motorway, who wakes up the next morning with limited memory of the previous evening.

Hogan clearly has important issues to discuss in his book, whether that is the bitterness that can transpire between family when they lose someone, or the insecurities of falling for someone much younger than you. However, there is a lot of to-ing and fro-ing between the issues and a lack of deeper understanding of Stan’s, or the other characters’ struggles.

Tom Michael Blyth plays Stan as a seemingly self-confident man who clearly is hiding insecurity and regrets for past mistakes. There is a nervousness in his actions despite dominating the conversations he’s involved in. His scenes with Chico Tche’s Ronnie feel natural as he tries to distract from his feelings onwards this new acquaintance with awkwardness. Similarly, Ronnie is attempting (rather unsuccessfully) to hide his vulnerability under a relaxed coolness. Tche displays the naive youthfulness of Ronnie while maintaining an understanding of his situation. The interactions between Stan and Ivy are a little less successful with little nuance in their constant bickering. Linda Beckett does a fine job as the typical Northern pensioner, and is at her best later in the play when her character is questioning her own morals.

The play is described as a comedy-drama and indeed has a number of very funny lines, predominately from Blyth. These do occasionally feel slightly shoehorned into the drama, however, breaking away from more serious moments. Peter Darney is largely successful in his direction, focussing on the relationships between his characters. He manages to create a closeness between Stan and Ronnie, particularly when they are sitting together on the sofa, that is both believable and warm. There is the occasional temptation to unnecessarily use the full length of the small yet wide stage, but in general, the space is used effectively. With damp effected peeling wall paper, and ornaments from yesteryear, Fin Redshaw’s set really places you in this run-down home, and adds an uncomfortable backdrop for the action.

Overall, this new play has some sweet moments and effectively displays real characters, but there isn’t enough in the script to keep the drama entertaining for its relatively short running time.