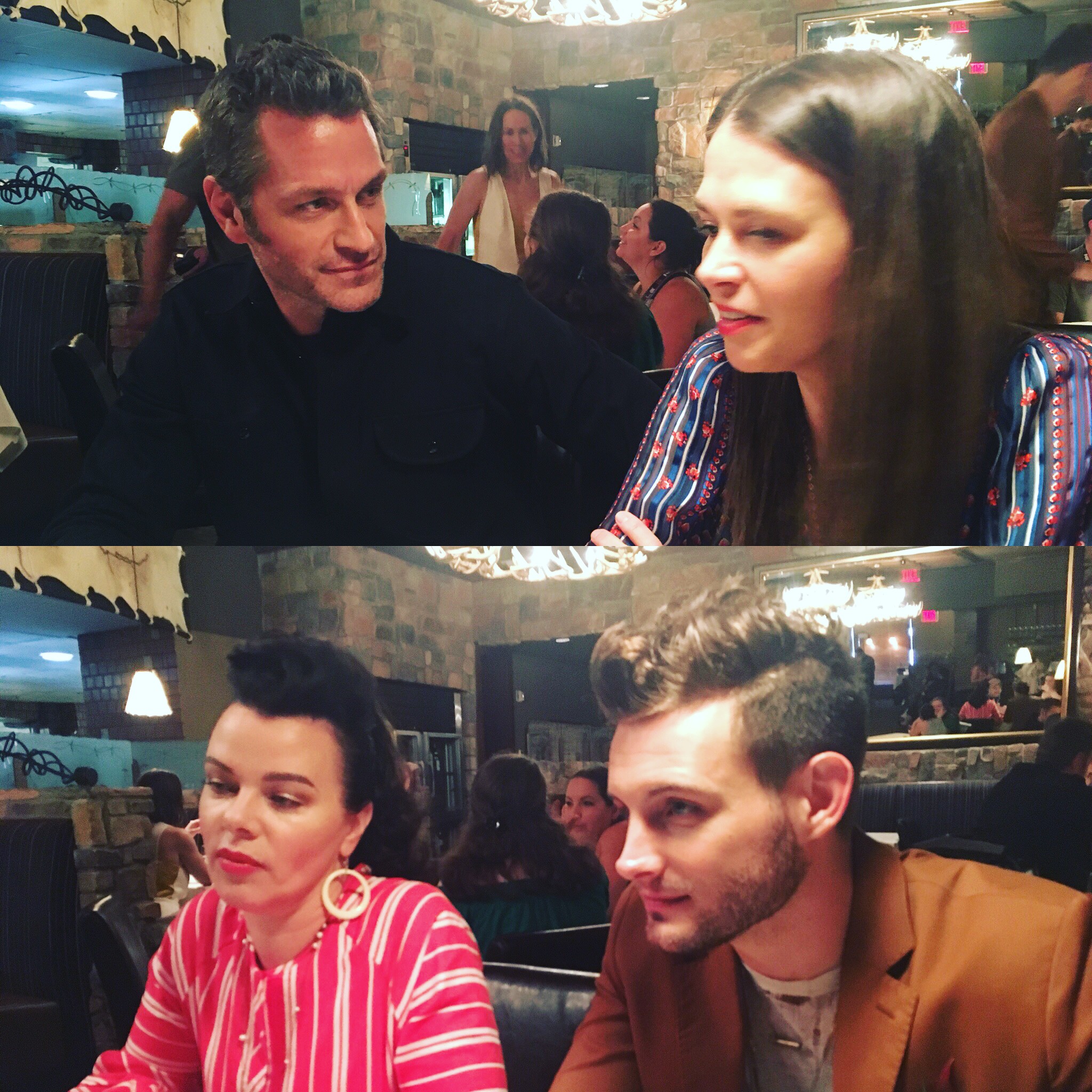 Press Rooms aren’t as big a part of the ATX Television Festival as they are, say, San Diego Comic-Con. I did a fair number of 1:1 interviews with people who make TV, attended screenings of new shows and reunions of old casts and panels discussing everything from the impact of TGIF shows making their Hulu debut to how modern fandom can be navigated responsibly and respectfully, but I only participated in two press rooms with other reporters doing roundtable interviews to promote current shows. I don’t particularly like press rooms because the presence of other reporters makes it hard to pursue a line of questioning with the depth I prefer (here’s looking at you, radio guy who’s clearly never seen Younger) but it’s a good chance to sit down with talent who might not be available for something more personalized and the actors are usually paired in ways that bring out fun chemistry. At ATX, I got lucky with one press room where I only shared the table with one other reporter and another with a table exclusively of smart young female writers who knew about the show.

That first press room was for Younger, TVLand’s pure joy comedy starring Broadway great/ageless wonder Sutton Foster as a 40-something who poses as a 20-something to land her dream job in publishing after her suburban life falls apart. The show’s fourth season (airing now; find it online, it’s delightful) tackles some real-world realities and reckons with the show’s own past missteps in a way that’s pretty cool. Even cooler is how open the smart and engaging cast was to talking about those issues.

The video below is really long because, in groups of two, the six stars of Younger who were at ATX sat down to talk to me (and one other idiot whom we all quickly learned to ignore) about life and love and publishing and I very quickly fell madly in love with every last one of them. From living legend Debi Mazar to woke polyamorous non-binary hearthrob Nico Tortorella (more with him coming up, stay tuned to our podcast channel) to Miriam Shor who steals pretty much every episode of the show but still managed to actually be funnier in person- the Younger cast is the best cast I’ve ever talked to. I mean, it was Tony day and I got to talk to queen-of-my-iTunes Sutton Foster for nearly a full half hour. She’s everything you think she is, and her dynamic with outrageously charming co-star Peter Hermann (who is way more fun than his character on the show) may have been the highlight of the whole festival.