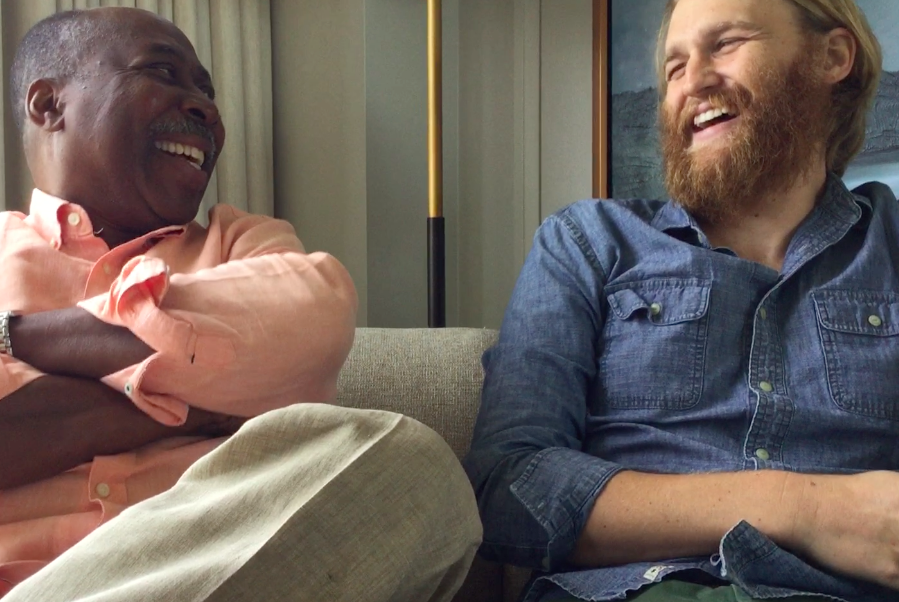 AMC’s new show Lodge 49 is odd and enigmatic and kind of entrancing. It’s hard to explain (it’s about a guy who joins a lodge, but it’s not really just about a guy who joins a lodge) and tough to pitch (I’m really feeling “because I said so” as my answer to your “why should I watch this?” questions) but it’s great. It premieres on August 6th and I’m a little worried its hard-to-define-ness will make it an easy cancellation target so please tune in. Don’t think too much, don’t try to figure it out, just go with it and the rewards will be there.

I got the chance to sit down at the ATX Television Festival with the show’s stars (Wyatt Russell and Brent Jennings) and producers (Peter Ocko and Dan Carey) to talk about what attracted them to the project and what they think the show is really about. I also asked Wyatt Russell which movie he makes fun of his Hollywood royalty parents for and he claims to like all of them. No way he’s not lying, right?