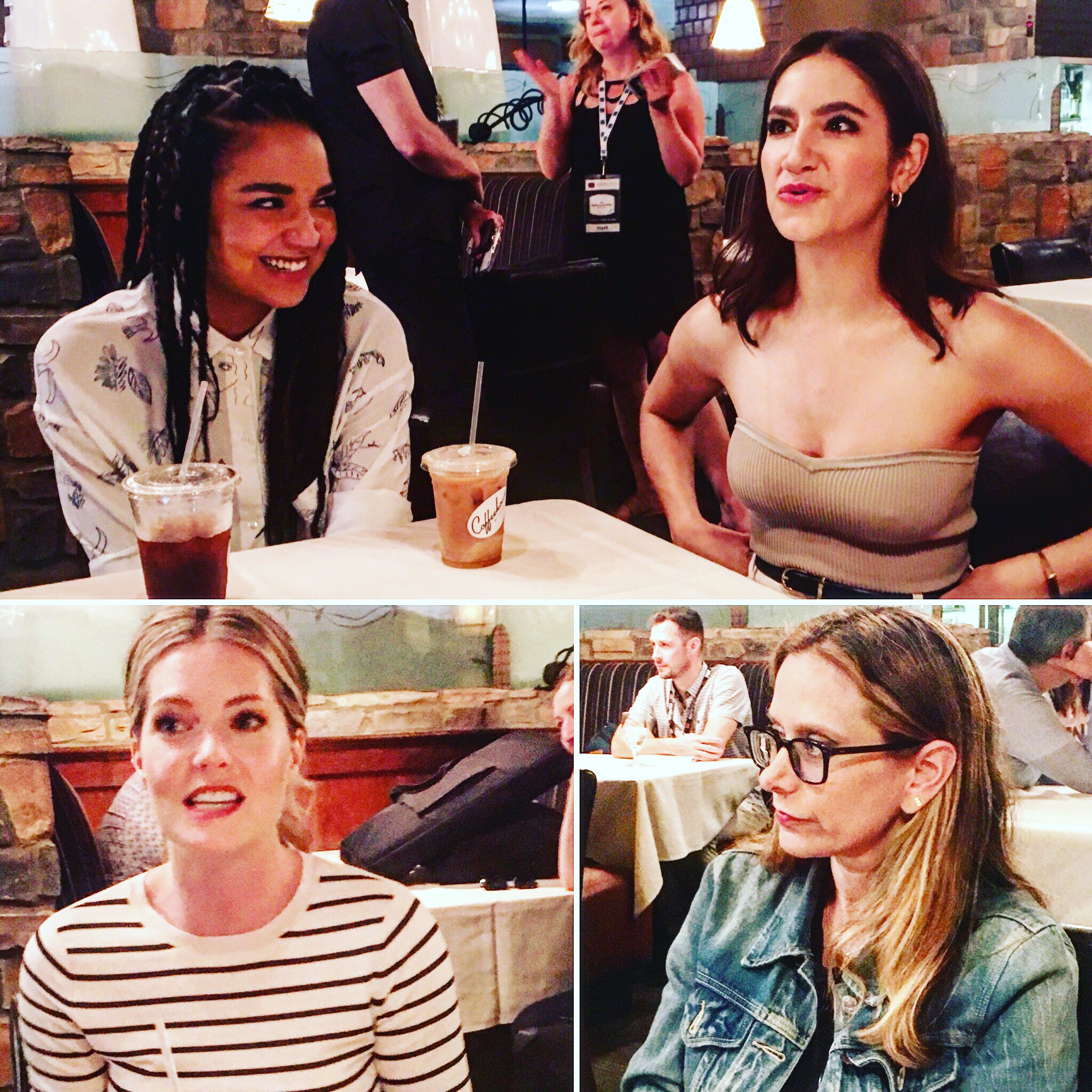 Press Rooms aren’t as big a part of the ATX Television Festival as they are, say, San Diego Comic-Con. I did a fair number of 1:1 interviews with people who make TV, attended screenings of new shows and reunions of old casts and panels discussing everything from the impact of TGIF shows making their Hulu debut to how modern fandom can be navigated responsibly and respectfully, but I only participated in two press rooms with other reporters doing roundtable interviews to promote current shows. I don’t particularly like press rooms because the presence of other reporters makes it hard to pursue a line of questioning with the depth I prefer (here’s looking at you, radio guy who’s clearly never seen Younger) but it’s a good chance to sit down with talent who might not be available for something more personalized and the actors are usually paired in ways that bring out fun chemistry. At ATX, I got lucky with one press room where I only shared the table with one other reporter and another with a table exclusively of smart young female writers who knew about the show.

That second press room was for The Bold Type, an addictive and clear-eyed Freeform show about young women who work at a Cosmo-esque magazine. I’ve already written at length about how great the show is and why it’s exactly the sort of show we need right now but watch the video below to hear from the stars and new showrunner themselves and see how articulate and, well, bold they are. They’re exactly the type of people young women should be looking up to and it’s hard to imagine girls watching The Bold Type and not saying to themselves “I want to be just like her when I grow up”. The 14,000 views already on this video suggest to me that the show’s good influence is catching on like wildfire.