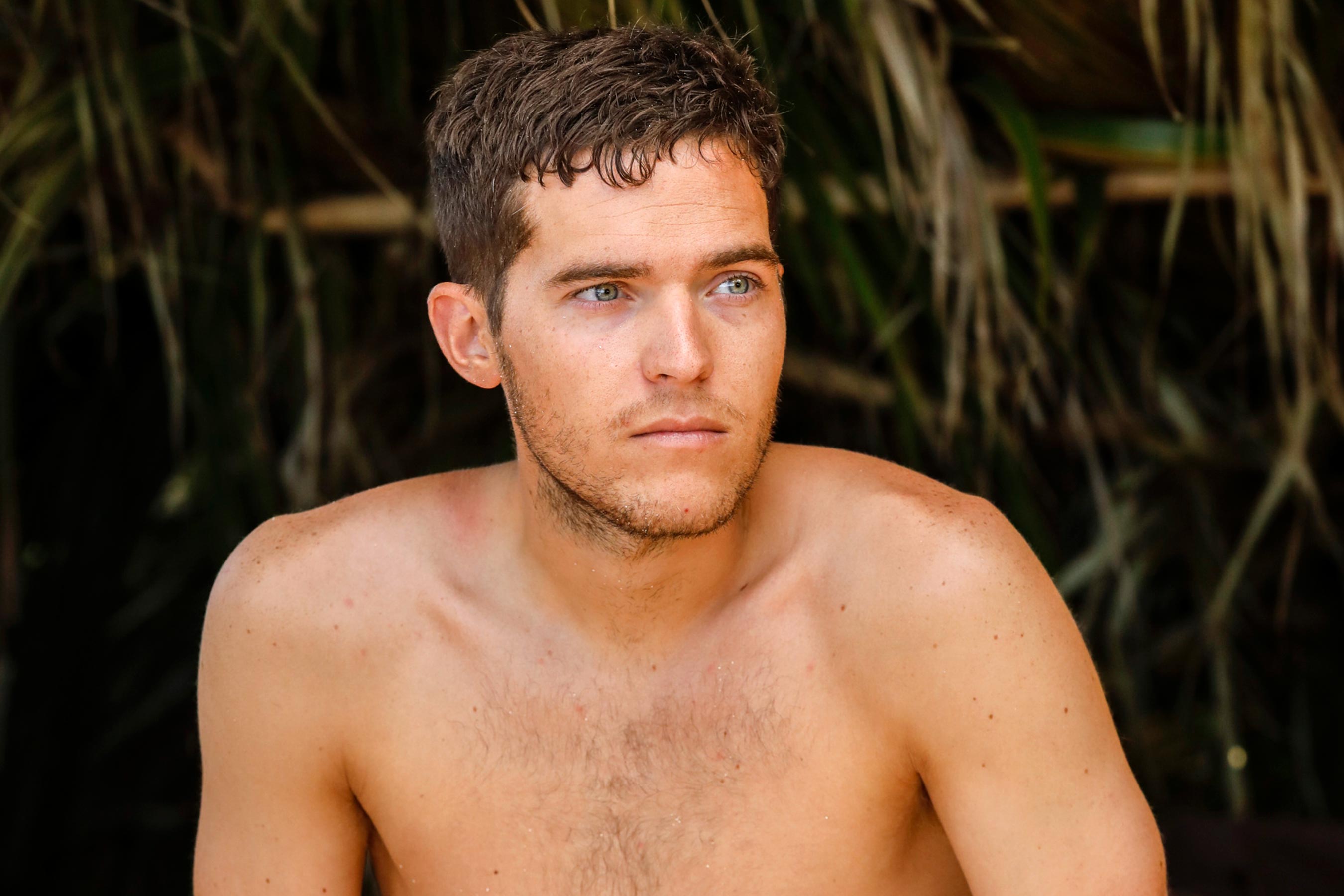 I regret to inform you that advantagegeddon 2.0 is impending, and it’s spelling doom for all those who were not handed an advantage on Ghost Island or willing to toss out their social game in favor of idol hunting. Three advantages were found in this episode, as well as a lot of footage from iconic moments of Survivor: Micronesia. Wendell found Erik’s iconic immunity necklace that he gave up to one-off Survivor legend Natalie Bolton, which now functions, I guess, as just a regular immunity idol. With improved odds on Ghost Island, Kellyn found the vote stealing advantage that Michaela failed to obtain while sitting out of a challenge in Game Changers, which now functions as simply a vote doubler rather than stealer. Finally, Michael predictably finds a second idol in the first few minutes of the episode, which was to be expected even after the entire “previously on…” section was about his hardships at the bottom of his tribe. i’d shed a single tear for his deep hardships except that I don’t care. The coronation of Michael Yerger will be long and painful for me if it is to come to pass, though I am still holding strong to my prediction of a Kellyn victory.

I also regret to inform you that Old Lady Lita must come out of the woodwork for the first time to complain about how Survivor used to be played back in the old days and how the modern version is, dare I say, a ghost of its former self. No, it’s not because they have it so easy out there in Fiji with the lack of rain and how it used to be REAL camping – I don’t care about that and think it’s just as hard as it always was anyway. It’s because the idol has become the key to the whole game. Hat tip to Jeff Pitman (@TrueDorkTimes) who has helped me look into this, but the idol seems now like an inescapable part of a winning game, and it truly bums me out.  As Jeff pointed out to me, no winner since Tyson in Blood vs. Water has won the game without playing an idol. I could maybe accept this as simply a big help in getting to the end, like winning challenges or making alliances, except unlike those other components, idols have become absurdly gendered, and the disparity only gets wider. By my latest count, 90 idols have been found in the history of the game, only 17 by women. When under 19% of the contestants utilizing a component of the game are female, it’s frustrating. When that component becomes absolutely essential to the game, it’s maddening. I have theorized before that this is because women are more risk-averse, and don’t want to paint targets on their back by going off and looking for an idol. I also believe that it is in part because women value the social game and relying on their bonds more so than men, and searching for the idol often means torching your social game. The core problem is that this should be correct: With a strong social and strategic game, you shouldn’t need idols. Yet seemingly idols have come to overpower actually playing the game, and become essential to victory. I am becoming more and more hopeless that the path to victory is to play like a man: Ruthless, aggressive, in reckless pursuit of items rather than allies. I am hoping I am proved wrong. People who have found multiple idols in a season, have, after all, not always found success. Remember Jon Misch? Neither do I.

Anyway, Malolo loses the reward challenge because the narrative for this episode is that their tribe is cursed even though they haven’t even lost any immunity challenge and all of this talk about being the worst tribe ever feels extremely rude to a personal favorite tribe, Ulong from Survivor: Palau, which will never be topped as the worst tribe in Survivor history having never won a single immunity challenge and dwindling down to only one member. Naviti comes in first and sends Kellyn to Ghost Island to limit the number of people who have knowledge of its mysteries and so that they don’t risk having everyone draw rocks and potentially have someone from Yahuya miss out on their hard-earned 2nd place reward of disgusting looking chicken kebabs.

Back at camp, I’m inclined to believe that Bradley must have been done somewhat dirty by this edit because no person can really be this bad, right? He seems to be friends with many of his tribe mates outside of the game, and is even likely dating Kween Kellyn, so maybe he was just hangry, but some of this must be realistic given that he was voting out actively against the interests of his original tribemates, Domenick and Chelsea, purely because of his unbearable personality. He’s barking orders at Donathan, he’s impatient and rude, and the worst part is he thinks he has self-awareness, which makes it impossible for him to work on this behaviors because he believes he’s already cognizant of them. In confessional, he talks about how he has to reign in “not being a dick,” a task at which he is failing miserably. At tribal, he will say that he doesn’t feel he’s being argumentative or causing conflict, which is fundamentally out of touch with the reality of his camp life. When they get back from the challenge, which they lose, Domenick attempts to apologize for his performance, and while everyone says it’s okay and tries to comfort him, Bradley gives an insufferably snarky, “maybe you drank too much coffee.” Sheesh.

The only other storyline going on in this episode is that I’m no longer attracted to Wendell because he’s a big weirdo. First of all, it’s rude when hot reality contestants talk about their girlfriends because that isn’t relatable to me. Secondly, singing happy birthday with his tribe to his girlfriend, who is not there, and will not see this for 10 months after this scene takes place, is incredibly bizarre and made me cringe. Maybe this is a normal thing people do on Survivor and they just don’t show it, but there are plenty of people with much closer relationships, like children or spouses, that don’t make everyone sing happy birthday to them. The popular guess seems to be that this is leading up to a proposal at the finale. To that I say: A Survivor contestant proposing to another contestant at a finale is fun, a contestant proposing to a random person is stupid. It’s a no thank you from me.

Finally, an ongoing storyline continues that Libby is some sort of mastermind witch, but she still gets basically no confessionals. This signals to me that she’ll be voted out at the merge for basically no reason other than being part of the minority alliance and being the least likely to have an idol, but the editors are shoehorning in confessionals about her being a threat so that we have something to hold on to when she’s voted out for that decision to make sense.

There’s not much to add about the unanimous elimination of Bradley at tribal. What a fun pre-jury group, though, now that we see it in its entirety. Lots of personalities and lots of hot people, and also Jacob is there. See you next week to watch more manly men find idols and then butt heads with each other to be the manliest man when Chris and Domenick, two people that couldn’t be less important to me but are somehow the stars of this season, finally butt heads in the epic battle sure to be extremely disappointing to everyone involved. See you then!