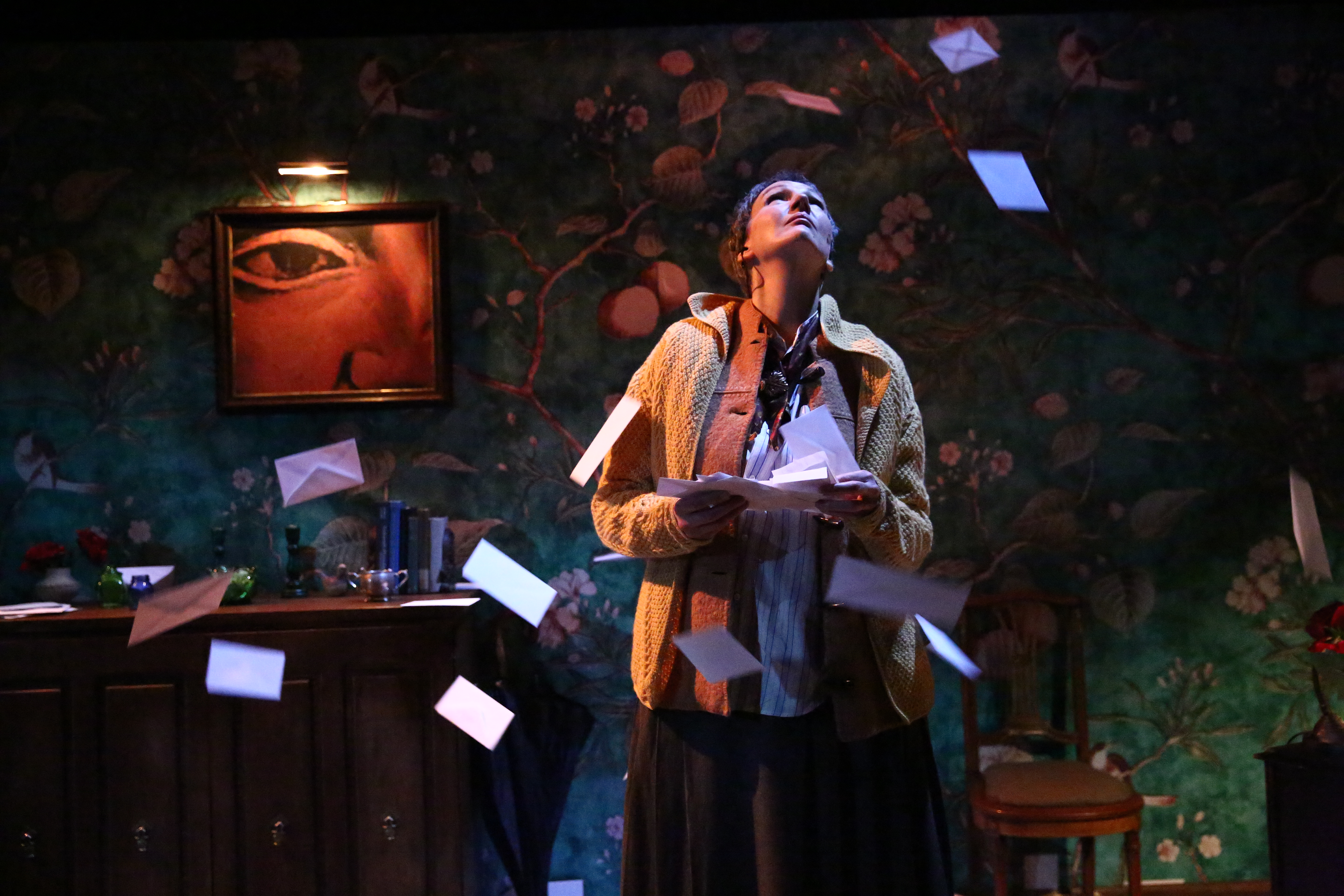 New Georges’ This Is The Color Described By The Time

It has been asked, “Will this increasingly digital & virtual age lead to the ultimate death of live performance?” It’s a “video killed the radio star” kind of question, and the insatiable rise of streamable content implicitly makes theater (or concerts, sporting events, or any live performance for that matter) look increasingly antiquated. The survival of live performance may rest on how well it learns to adapt to and use technology, rather than be replaced by it.

This Is The Color Described By The Time presented by New Georges, currently running at The Flea, is making a compelling case that augmenting live theatre with technology is worth the experimentation. The technological means are deceptively simple: a pair of headphones worn during the show. This otherwise ubiquitous accessory creates a startlingly intimate, immersive, and often cinematic experience. The use of soundscapes and layered sound-design creates the illusion that we are not simply observing a world; we are inside the world of the play. We hear the thoughts of a character in our own head; privately, and intimately, akin to how we experience our own thoughts. This makes the internal machinations of a character more personal and self-identifiable. It also gives the actors more leeway to play with the kind of moments considered “too small” for live theatre; those normally reserved for cinematic close-ups. This Is The Color… is one giant aural close-up, giving us the supernatural ability to be moved by the quiet intimacy of whisper and to simultaneously retain the wider visual experience of the stage in its entirety.

This is the Color… is most unique for its aural exploration, but the show doesn’t need a technological gimmick to warrant the trip. The production boasts Major League acting, albeit in a Minor League ballpark. The show is carried by a strong cast of four, all of whom set the bar for realism and believable immersion in an otherwise imaginary world. The play is a historical, surrealist drama set in France during World War II. It concerns Gertrude Stein, and some of her political and personal contemporaries. The subject matter will entice some, and repel others, but for anyone who appreciates great acting, or inventive & immersive storytelling, This Is The Color Described By The Time warrants indulging your curiosity.