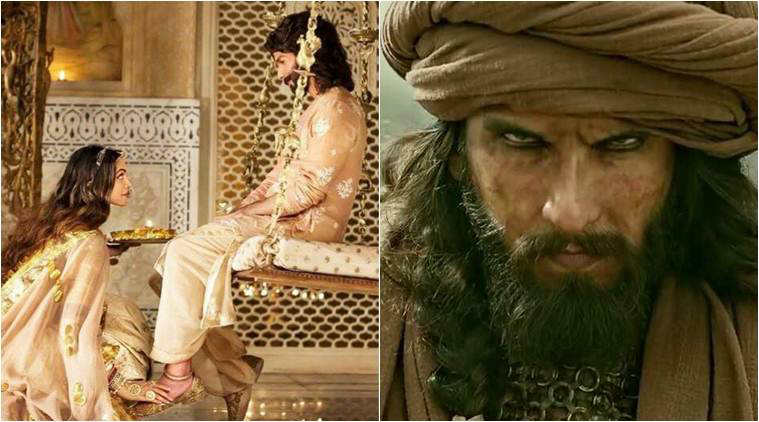 The Padmaavat Controversy and What it Says About You

In my lifetime, I don’t think I can remember a bigger Bollywood news story than Padmaavat. And that’s not just because I don’t care for the majority of the Indian film industry. From production day one to critical reception after release, this movie got attention to a level that rivaled the 2016 American presidential election. Much of the controversy surrounding the film is muddy, hard to unravel, and connected to deeper issues in the Indian subconscious. But without giving you a crash course in Indian film culture, Indian history, and Indian mass consciousness, I’m going to do my best to explore what happened.

A director is as good a place to start as any, and Sanjay Leela Bhansali is a director with a lot to dig into. He’s known for doing historical and pseudo-historical films in India, at the big-budget and independent level. He’s drawn ire from various groups, lobbies and social movements in India. His two most recent films, Bajirao Mastani and Padmaavat, deal with Rajasthan, a state in northern India known for it’s monarchial history, sweeping military epics and strong female figures. The first movie of his I was introduced to was Devdas, which came out my senior year of high school and told the story of a passionate alcoholic romantic.

The big thing with Bhansali’s movies, is that they are never directly historical. He bases his films on poems, stories, works by period authors, and romantic novelizations of the times. His production teams work hard to give the illusion of reality, to create the texture and feel of being in ancient times, but the narrative is hardly what film scholarship could call historical. This allows Bhansali creative liberty to frame and shoot his films as he pleases, while infuriating conservative minds in India who see it as a mockery of Indian history. The weird thing is, the allegations directed at Bhansali always come out before the film’s release, even before trailers or still images of his projects are leaked. Rumour whips people into an uproar, and the producers are forced to contend with madness before they’ve even finished shooting the damn thing.

So, enter Padmaavat. This movie is big, in every way possible. The total budget came out to 2.15 billion rupees, a little over $34 million, making it the most expensive Hindi-language film and one of the most expensive Indian films ever made. No expense was spared- the male hero wears in one scene a turban dyed with 28 colors, and Padmavati, the heroine, spends most of the movie in 3 kilograms of jewelry. The total runtime is 163 minutes, nearly 3 hours of siege battles, political scheming, verbal jousting and more. There aren’t many song-and-dance scenes in Padmaavat– business as usual for Bhansali, but a trifle rare for Bollywood- but the numbers that are there tend to carry on with reckless abandon. The top-tier, star-studded cast (Deepika Padukone, Shahid Kapoor, Ranveer Singh) is, again, typical of the director who has a Lynch-like predilection to use his favorites repeatedly.

Even with this production value, the rioting in India in the weeks before Padmaavat’s debut was so intense that the release date was delayed by more than a month. After the controversy’s dust was settled, after the court cases were over, after the death threats against Bhansali, his cast, and his producers were withdrawn, at the supposed end of the nightmare, the mob wasn’t quite placated and needed to vent with petrol bombs, school bus attacks and attempted murder. But I’m getting ahead of myself.

The first major assault on Padmaavat came from the Karni Sena, a Rajput organization that claimed Bhansali was planning to show a scene in which Alauddin Khilji, sultan of Delhi and villain of the movie, imagines ravishing the heroine. Given that most of Rajasthan sees Padmavati as a Hindu warrior goddess/queen, a pure and inviolate historical figure, a mother of strength and composure, the prospect of a Muslim man even thinking about her rattled a few cages. A news network sting operation revealed the controversy to be a hoax, perpetuated by the Karni Sena to extort the producers, but the damage was done. In India, the feud between Muslims and Hindus runs deep, far too deep to be resolved by rationale or media exposure. Even the fact that the plot of the movie is based chiefly on a poem written by Malik Muhammad Jayasi in 1540, two centuries after the fact and therefore ahistorical, didn’t slow down the blaming, the outrage.

After this, it was only natural that Islamic organizations responded to the film, stating Bhansali planned to show Muslims as overblown villains, obsessed with lust and desire. Other Rajput groups claimed that even using her name (originally, the film was going to be named Padmavati) was an evil act, and a hanged corpse was found in Nahargarh Fort, where the movie was shot, a protest note attached. Hindu-fundamentalist politicians offered rewards for whoever attacked Bhansali with a shoe, and later, other politicians demanded the beheading of the cast members. All of this happened in 2017, during post-production and editing.

The biggest issue, though, was the jauhar (self-immolation) scene. Also called sati, this ancient practice stated that when their husbands die, women should join them on the funeral pyre to avoid the destitution and immoral lifestyle widowhood can lead too. In Padmaavat, the final scene features an incredible bonfire swallowing up Padmavati and the entire female population of the Mewar fort upon learning of her husband’s death on the battlefield. The filmmaker’s clear intent was not to advocate the practice for modern women (their five minute disclaimer at the movie’s beginning made that clear), but hewing the narrative, showing women in defiance against Alauddin’s rapacious desire to “possess all precious things.” Naturally, this got badly misinterpreted by conservatives, feminists and basically anyone with an opinion. People advocated that immortalizing Padmavati for burning herself alive set impossible standards for women everywhere. Others argued that such ugly parts of Indian history did not belong in the movies. Still more said that even bringing up the topic was sacrilegious, although they differed on who was disrespected more, women or Hinduism.

Eventually, things got so bad the movie was temporarily censored, a restriction lifted only after a proposal to change the name from Padmavati (name of the goddess) to Padmaavat (Jayasi’s poem) was accepted. The film was released on January 25th, 2018, as many as two months after its planned debut. In it’s opening weekend, the film made more than $18 million. I saw it on February 6th with my mother, my cousin, two aunts, and both grandparents, at a local theatre in south Austin.

With all of the bad press the movie was getting prior to its release, I was a little shocked to see how positive some of the critical reception was. IMDB gave it a 7.4 out of 10. The Hindustan Times, which publicly lambasted the movie, still gave it a 3 out of 5. Film critics called it everything from entertaining to visually dazzling to poetic. They’re not wrong- texturally speaking, the movie is beautiful, and you can see how those millions were spent, on costumes, fine detail, landscape shots and improving (though not quite impressive) special effects.

Ranveer Singh, who plays Sultan Alauddin Khilji, makes the character remarkably charismatic, like Satan in Milton’s Paradise Lost, even while being unabashedly anti-Muslim. I struggled with his character the most. Singh dove headfirst into the role, and the considerable effort he and Bhansali put into Alauddin is palpable. He sneers, he pratfalls, he hams it up and plays it close to chest. Alauddin is an intensely physical character, on the battlefield and in the bedroom. He even has a delicately-explored pseudo-sexual relationship with his slave/assassin, Malik Kafur, who consistently hangs around whenever Alauddin is bathing, screwing or scheming to “meet” Padmavati. Even with all this effort, all of the layers and the texture, the portrayal is definitively one-sided. There is no identifying with Alauddin. He’s the villain, lecherous and murderous. He breaks the laws of marriage, warfare and Islam in the course of the movie. He craves physical intimacy with a figure that approaches the divine, and thus must be irreparably, immorally, inhumanly flawed. The attempts at humanizing his character come briefly, and are mostly philosophical half-questions where Alauddin asks if he will ever be loved. These are quickly followed by either dancing, murdering, or quick cuts to other characters. It’s as if the pressure Bhansali was under to walk the line between honouring his vision and keeping his head limited him to the simplistic formula of villainous villains and heroic heroes.

My grandparents went to bed as soon as we got home, so I didn’t get a chance to gauge their immediate impressions of Padmaavat. But the rest of my family stayed up long enough to shoot the breeze about India, the protests, the movie. Both of my aunts expressed similar feelings about Alauddin, how much they liked his portrayal (I didn’t ask if they found it anti-Muslim, given that their mother was a Hindu refugee from Pakistan who fled during Partition). Much of what we talked about was the violence, parsing through the various motivations that so many people seemed to have for hating Padmaavat. My mother looked at me, with a sad expression on her face, and said, “You know, India is still so far behind the rest of the world.”

Just two weeks ago, the Philadelphia Eagles won the Super Bowl and, in response, their fans destroyed the city. Philadelphians burned down telephone poles after the police greased them up. Mobs tipped over cars, shut down traffic and, in general, rioted on a scale that Americans have accepted as normal. Whether you want to argue that privilege allows white people to celebrate a sports victory in this way and not suffer the consequences, or to argue that a narrow worldview of Indians allows for their death threats and rioting in response to the very idea of Padmaavat, you cannot make the claim that one is more advanced than the other. We all have a lot to answer for, no matter where we’re from.