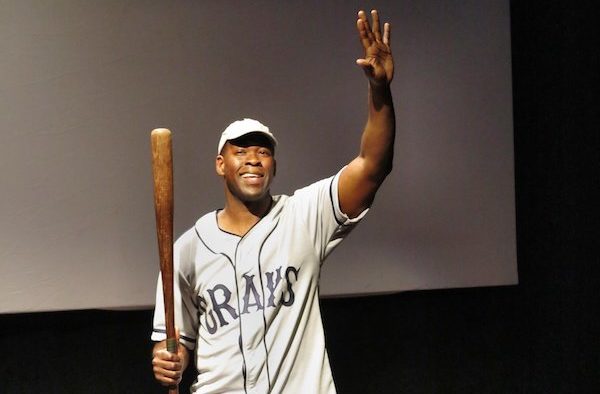 We are at the intersection of Black History Month and the first days of MLB’s Spring Training, with baseball on the horizon. It is a time for celebrating America’s most-storied game, and a time celebrating great black Americans. Baseball, earned through the privilege of its history serves as a uniquely qualified sport to tell the story of the cultural heritage of America. The story of the Negro Leagues, and of Josh Gibson as its identifying face, is the story of the prodigious talent, courage, and tenacity exhibited by Black America at a time tempered by tragedy as much as hope, and despair along with exuberance.

It is a story worth telling: one of great expectations, struggle, and both the challenges and rewards of persisting in one’s own pursuit of excellence and purpose. It’s also a story set against the backdrop of baseball and so, Josh: The Black Babe Ruth comes at the perfect time.

The show occasionally skews a little too explicit in its messaging, and the baseball isn’t convincing, but the acting certainly is. The cast is anchored by David Roberts who commits to the high stakes of Josh’s struggle, going through moments of ecstasy and agony, hope and despair, all with a heavy dose of Mr. Robert’s natural charm. Daniel Danielson as Satchel Paige brings an earnestness and easy chemistry with other actors, though he seems less at ease by himself. Charletta Rozzell is relatable and likable, even when her character’s actions are less so. Daphne Danielle steals the show with an outsized impression made with the least stage-time. Ms. Danielle’s “Hattie Looking for Josh” scene is hilarious and is alone worth the price of admission. Ms. Danielle is at her best when given the freedom and responsibility to fill the moment and fill the stage on her own. She does both masterfully. Percival James Prince is the talented guitar-player and glue-guy pulling the production’s scenes together with music and messages from the time. The whole cast oozes with charisma.

For those who come in already knowing the story of Josh Gibson from baseball history, the play doesn’t have much to say about him that hasn’t been said. It does, however, do what theatre does best: it takes a story you know in your mind to be felt by your heart. It empathizes what is otherwise merely informational. And so, even for those of us who recognize Gibson’s greatness, the play turns him from a historical figure into a human being; one who lived that greatness, and the life that made that greatness so difficult to carry.

Theater for the New City, 155 First Ave., presents Josh: The Black Babe Ruth; February 8 to 25. Performances are Thursdays through Saturdays at 8:00 PM and Sundays at 3:00 PM.