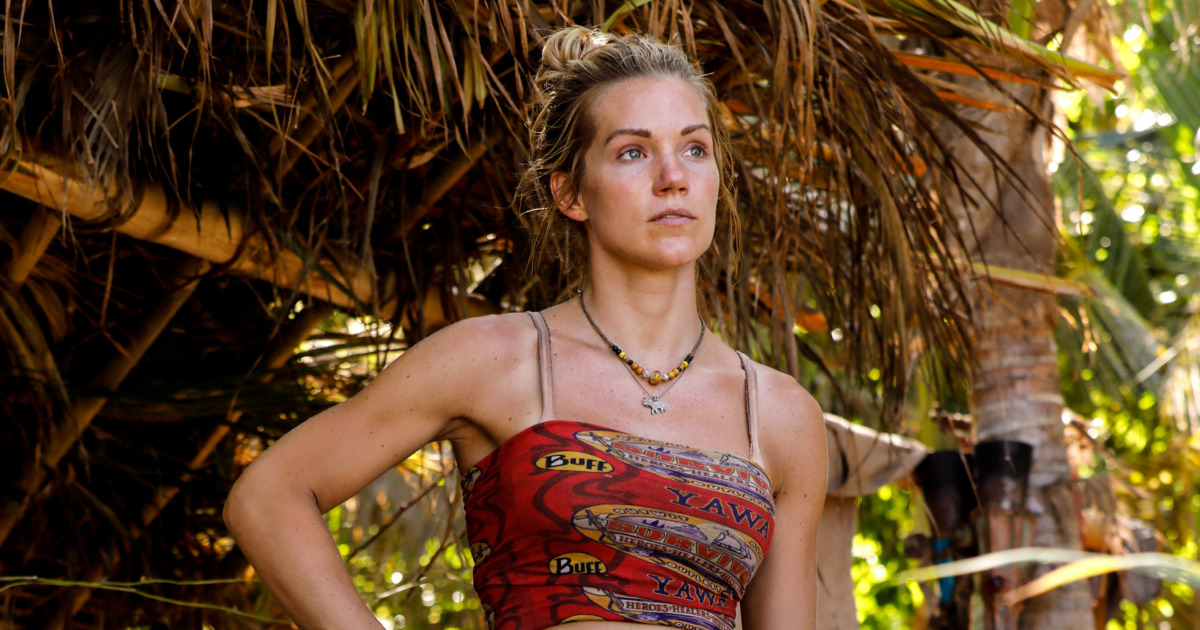 Come on in guys, because we are merged! After the loss of Ali last week, Chrissy and Cole set up their groups in confessional for the impending merge. Chrissy has Ryan and JP tight with her, and those three can join back up with Ben and the other heroes to form a hustler/hero coalition against the five remaining healers. Conversely, Cole feels that on his swapped tribe Ben and Lauren have become loyal to him, Jessica, and Dr. Mike, who will be able to reconnect with fellow healers Desi and Joe. The stage is set for the two armies, and Ben and Lauren will be the free agents at the center, one hero and one hustler, to determine which way the pendulum swings.

The tribes come in for what appears to be a reward challenge, and a much needed one for the zombie blue tribe, where Devon can barely walk from lack of sustenance. However, there’s a twist! There will not actually be a challenge! It’s always weird to me when they set up a huge elaborate challenge just to trick the contestants. I think it’s fun to make the players think there’s not going to be a merge yet and subvert their expectations, but why not just set up some poles or something, why go out and tie up row boats and huge bags of puzzle pieces and everything? I guess there’s not that much for challenge producers to do on the days off so they might as well put their materials and skills to use.

At any rate, the tribes do drop their buffs and merge into one big purple tribe whose name I will likely never commit to memory. All mouths are set to water, when Jeff announces that there will not be a traditional merge feast. Because there’s going to be an OUTBACK merge feast! Outback Steakhouse has really doubled down on their sponsorship lately between Big Brother and Survivor, even in the absence of number one Outback fan Sandra Diaz-Twine. I’m always impressed by how intimately these contestants know the Outback Steakhouse menu. Joe is anticipating something called a “thunder from down under” which is a type of lava cake that Jessica is uncomfortable with saying because she’s a virgin. If I wasn’t already sick enough of this girl, this confessional was about the last straw, even though I’m sure these little sound bytes are heavily encouraged by production.

Notable moments from the Outback feast: Devon has a great confessional in which he’s holding an enormous stein of beer, Cole allegedly eats EIGHT THOUSAND calories per day in his everyday life, and Chrissy for some reason decides that a giant group setting is the best place to talk game with her supposedly secret alliance-mate Ben. Joe also outs himself as having both used an idol and being an extremely annoying person, which will loom large this episode.

The immunity challenge is a really fun one, taken from the Australian version of Survivor. Desi wins the balance and focus competition, yet still doesn’t get a confessional the entire episode, spelling trouble for any winner potential she may have left in this game. Back at camp, Jessica is “feeling like a queen bee,” our most significant indicator yet that she will be the one sacrificed. Mike and his healers want to target Chrissy, while the Chrissy contingent is wary of Joe and Cole. Cole seems to be the target, particularly because they need to pull over Ben, who is very annoyed with Cole’s eating habits, which is not how great Survivor players make their decisions, but ultimately I can’t complain because I am all in on Chrissy at this point and would have been disappointed to see her go.

Chrissy astutely points out that idols breed other idols, and if Joe found one before he probably found one again. Joe is very vocal about himself as a threat, not speaking well to his game sense. The fact that Joe is constantly talking about what a social, physical, and strategic threat he is speaks to a great deal of insecurity about those things, an insecurity which is well-warranted given that, apart from a mostly correct idol play (not the most difficult thing to suss out in a split 5 person tribe in which one person wasn’t able to vote), Joe has demonstrated very little ability to play this game.

Ultimately, Ben and Lauren go with the Chrissy & co contingent, a move which I think benefits them, given that they would have been numbers 6 and 7 in the alliance of the five healers. Chrissy’s alliance goes with the tried-and-true strategy of voting out a threat’s right-hand woman, because Joe might give his idol to Cole, but he would never give it to Jessica, based on little evidence other than the fact that people on Survivor always assume that men are closer with other men than they are with women. Joe pulls out his idol and puts it around his neck at tribal, and ends up wasting it. I’m not particularly sorry to see Jessica go, but it’s always sad when a woman is voted out due to the male company she keeps rather than anything she herself did wrong. However, this sets us up for a very interesting path forward in which the current minority alliance does have an idol in the very capable hands of doctor Mike, and it looks like another will come into play in a dramatic dispute next episode. We’ll see you then!