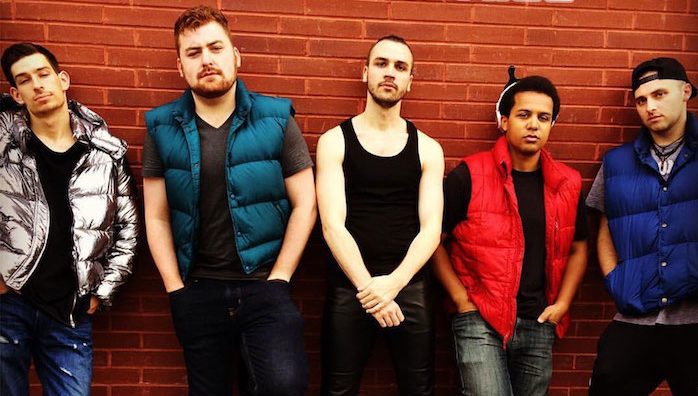 Featured Production: You Want It What Way? A Boy Band Tale

When it comes to boy bands, my Littrell-loving heart instinctively trusts a Brian. So when Backstreet Boys devotee Brian Jansen pitched a sketch comedy dance show about boy bands, I was as psyched as Joey Fatone on Dancing with the Stars (meaning pretty damn psyched). Before he and his heart-stealing comrades take over the 918 Bathurst Centre for the Cultural Arts for a weekend of grooving, goofing and smoldering, the producer/director/”sensitive one” took a few minutes to answer my questions about how the show came together and what fans can expect from You Want It What Way? A Boy Band Tale.

When did your obsession with boy bands begin? Do you have a favourite?
My obsession with boy bands started when I was 8 or 9 and first heard the Backstreet Boys and NSYNC. I learned to dance by watching their choreography and danced in all of the school talent shows. My nickname was Dancin Jansen. And then when everyone tends to grow out of that phase of their life I continued loving these bands and here I am, an almost 30 year old man doing an entire show about boy bands. And my favourite boy band is hands down the Backstreet Boys. I mean I named the show after them.

How did you come up with the idea for this show?
I’ve been wanting to create a show that allowed me to dance, act and do comedy. And when I was a kid I wanted to be in a boy band more than anything so this show allowed me to combine all of that. And as much as I love boy bands I understand the inherent silliness of them so the whole topic was ripe for comedic potential.

Tell us about your creative team and cast. Are they as obsessed with boy bands as you are?
I’m wearing many hats for this show. I’m starring in the show as well as producing and directing it. The best way to direct is to find the best people and let them do what they do best. My good friend Leonard Chan wrote all of the sketches for the show. He’s a touring comedian who works for Absolute Comedy and he’s brilliant. Adam Martino is our choreographer and also one of the stars. Wesley Tysdale, Axel Roman Allioux and Ilya Bodaykin fill out the rest of the cast. They are all incredible dancers and actors. Just like a real boy band you’re all going to be arguing with your friends about who your favourite member is. They’re all massive boy band fans as well, but I don’t think anyone could be as obsessed with boy bands as I am, short of being a 15 year girl.

Your show features sketch comedy and dance. Can you tease any highlights?
There will be a lot of highlights in this show. We dance to boy bands from every generation going all the way back to The Temptations and leading up to now with One Direction so there will be all kinds of dancing that people will remember. I think another highlight will be my personal favourite sketch which is titled “Support Group For Boy Band Members Who Aren’t Justin Timberlake.” I think you can figure out what that sketch is about.

Okay, Brass Tax: where/when/how much are tickets?
You Want It What Way? A Boy Band Tale runs from November 24th-26th at the 918 Bathurst Centre for the Cultural Arts.

What else do we need to know about the show?
10% of ticket sales will be donated to the United for Puerto Rico Initiative. For more information on the organization please Click Here.

Students get a 10% discount when they purchase tickets by using the promo code “boybandstudent” (must present student I.D at the door)

Doors will open one hour before the show.

Drinks and snacks will be available for purchase before and after the show.