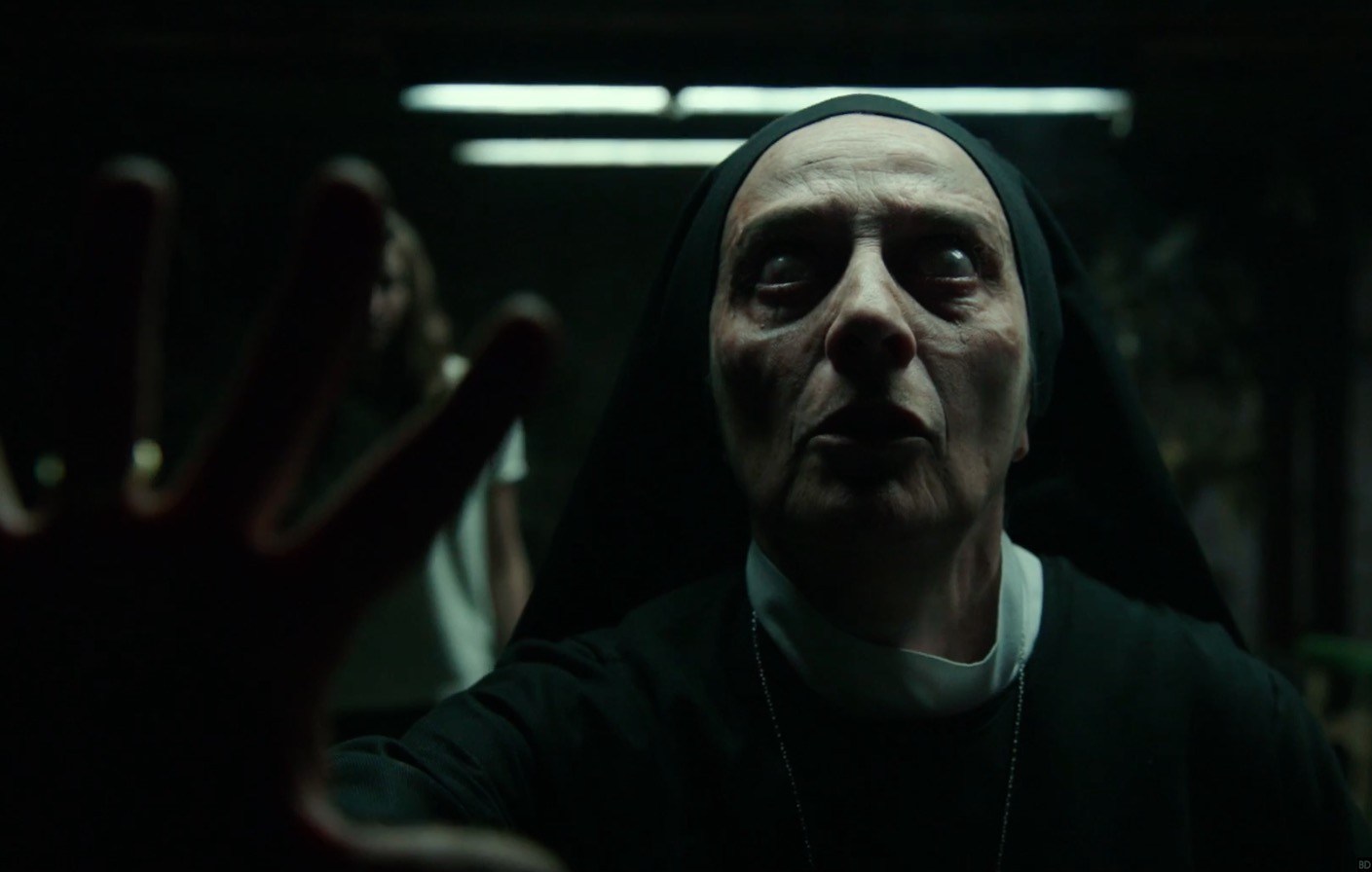 As a long-time Midnight Madness viewer at TIFF, I’m always surprised to find a horror film screening in the main festival (under Contemporary World Cinema) but given the tremendous cinematography and complex, if somewhat under-utilized, psychological study underlying Paco Plaza’s supernatural thriller, it makes sense that Verónica was deemed fit for a wider audience. If you’re a fan of horror stories well told, you should absolutely track this film down either in the fest or on Netflix or Shudder where it will likely land: it’s a genuinely chilling possession story based on a true crime story out of Madrid in 1991. It was a pleasant surprise and kept me uncomfortable, chilled, and pressed into my seat until the lights came up; everything you’d expect from the co-creator of [REC], the excellent ‘found footage’ film re-made (somewhat less effectively) in the States as Quarantine.

The first thing that strikes you about Verónica is how beautifully it’s shot. From the very first wail of a police siren, we’re treated to a visual feast as we track two squad cars en route to a crime in the rain. Genre films are often disregarded for their subject matter, but Plaza and cinematographer Pablo Rosso ([REC] series) bring an incredible visual eye to the story from first shot to last. We’re dropped into the end of the film as a tense call to police plays over the footage and credits, leading to disgusted detectives seeing something horrible in an ominously wrecked apartment. We then jump back three days and work our way forward, following Verónica, a fifteen-year-old whose absentee mother has left to raise her younger twin sisters and toddler younger brother while the mother runs a bar and avoids dealing with the death of her husband. Verónica is also subject to all the pressures of high school, from a new girl moving in on her best friend, her peers playing at adulthood by smoking and drinking, and her own anxieties about her sexual development. Seeking guidance, Verónica, her best friend Rosa, and Rosa’s friend (and soon to be best friend) Diana attempt to contact Verónica’s deceased father using a ouiji board during a solar eclipse (the release timing couldn’t be better following our own recent eclipse). Unfortunately for Verónica, something else answers the call and comes through before the ritual can be completed.

While this is a set-up we’ve seen time-and-time again, Plaza elevates the scenario by running a parallel narrative as to why the real girl the character is based on did what she did if there wasn’t a demon involved. It reminded me a lot of The Babadook’s metaphor for mental illness, but somewhat more muddied as the film ultimately commits to the supernatural unequivocally, meaning the time spent building the alternative case for mental illness and possible abuse doesn’t quite land.

The film also leans heavily on creepiness rather than jump scares, which is a damn welcome change from most modern horror films, presenting chilling visuals and concepts (at one point in the middle of the night, her naked father appears in a doorframe chanting her name in monotone. It’s creepy as hell). The tension is further raised by leveraging the younger siblings as potential targets of the demon; the powerlessness Verónica feels to protect them is palpable and Sandra Escancena turns in a great performance in her first film role.

Overall, Verónica is an excellent spin on a haunting/possession narrative, beautifully shot, well-performed, thoughtful (though messy), and chilling from beginning to end. It’s a true hidden gem (having just had its International Premiere at TIFF) and horror fans should to keep an eye open for it.

And it made me REALLY glad I didn’t try and use a ouiji board during the recent eclipse. Maybe next time.