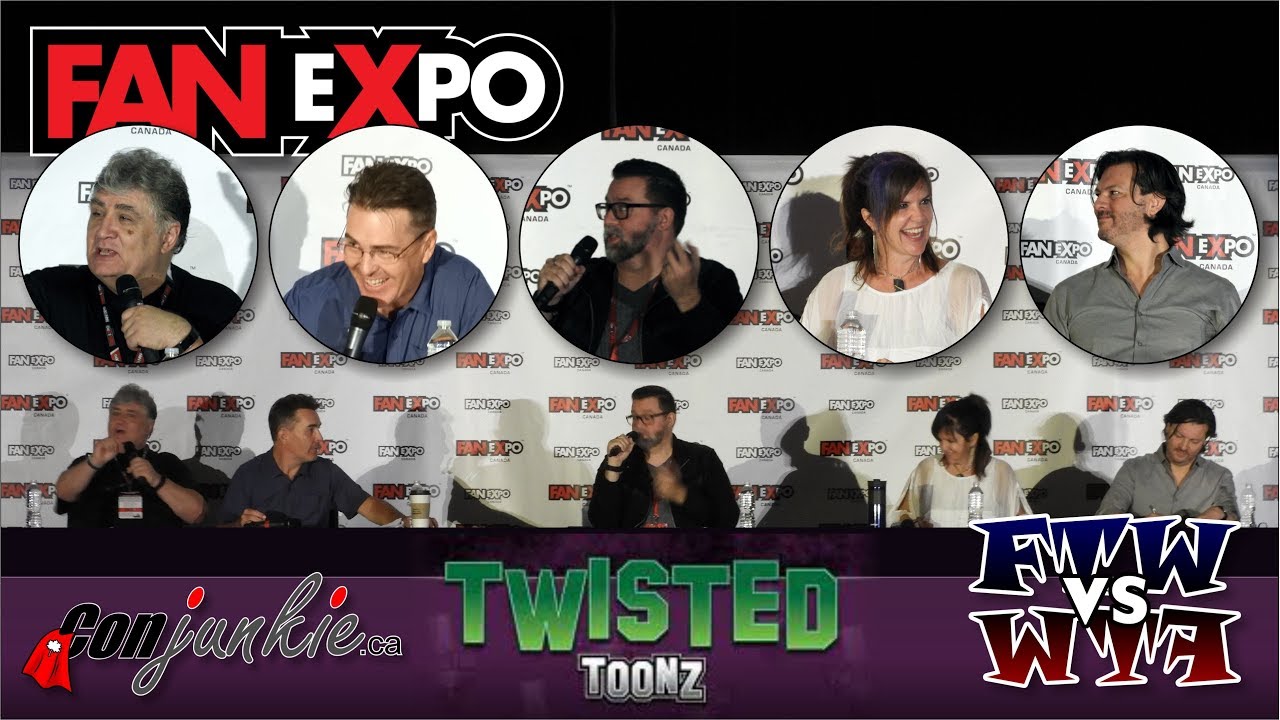 An Inconceivable Cast: The Princess Bride at Fan Expo

Every year, buried deep in the Fan Expo programme book are hidden gems that are tremendously easy to overlook. Often, these are lectures, debates, or conversations with an expert applying their knowledge to fandom or sketch duels between great artists, who chat during their impromptu sketching, providing insight both into the artist and their method. This year, the event that blew my mind was a live reading of The Princess Bride; on paper, neat, but without announcing the cast I wasn’t too interested…then, days before the Expo, the cast was announced – and they were all legends. Presented by the YouTube series Twisted Toonz, the show brought together Jennifer Hale (Commander Shepard of Mass Effect and Disney’s current Cinderella), David Hayter (Solid Snake from Metal Gear Solid), Nolan North (Nathan Drake from Uncharted, and pretty much every video game ever. Plus he does Christopher Walken’s ADR), and the legendary Maurice LaMarche (Brain from Pinky and the Brain and most of the support characters from Futurama, such as Kiff and Hedonismbot). At first, I was just excited to see these actors read the script, but Twisted Toonz’s premise takes it one step further, having the host assign new voices to each actor and character for each scene. The result is a mix of unbelievable fantasy casting, virtuous performances, and a fun way to re-experience classic characters. Something like this is a truly unique Fan Expo experience and it’s a shame it isn’t better advertized.

Here are some scene-by-scene highlights:

Foolishly, I’d assumed they’d work through the whole film, but this is Fan Expo, after all, and one-hour slots are the name of the game. Consequently, we were done depressingly close to the Battle of Wits, which no doubt would have been a gong-show, but it also meant the gag hadn’t gone stale (which occasionally happens when voice actors read a whole script without riffing). I’ve never seen something like this performed at Fan Expo, but I absolutely loved it. Having so much beloved voice talent on hand, it makes perfect use of them and creates a truly unique experience for fans.

Would love to see more of this from Fan Expo (and less paid events such as the Doctor Who escape rooms and the Cosplay Speed Dating) – a true hidden gem that could only happen at an Expo.

*If you’d like to check out Twisted Toonz, you can see their previous work here and can actually watch The Princess Bride segment here.