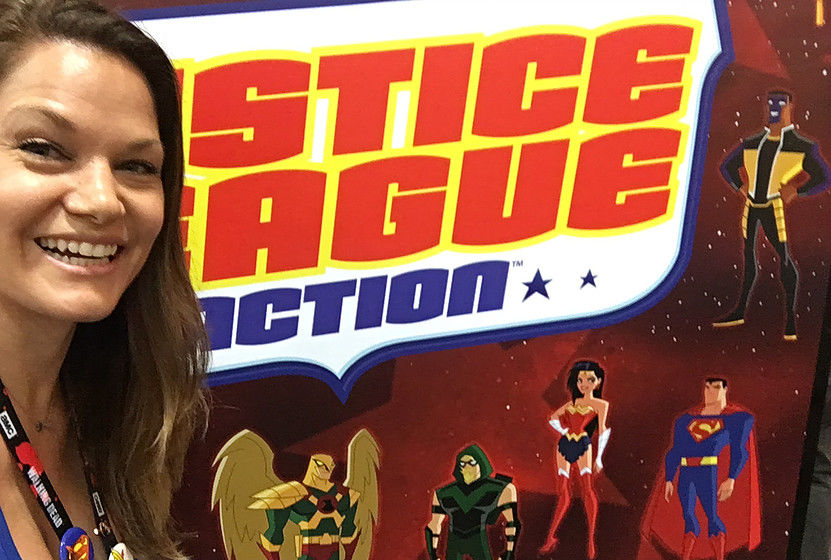 Rachel Kimsey grew up loving Wonder Woman so it was a dream come true when she got the part on Cartoon Network’s DC team-up show Justice League Action, which premiered in December 2016 and is currently 29 zany adventures into its run.

Reporters at San Diego Comic-Con this year got the opportunity to chat with Rachel in the Justice League Action press room about playing her favourite hero in a year when she’s become the whole world’s favourite too.