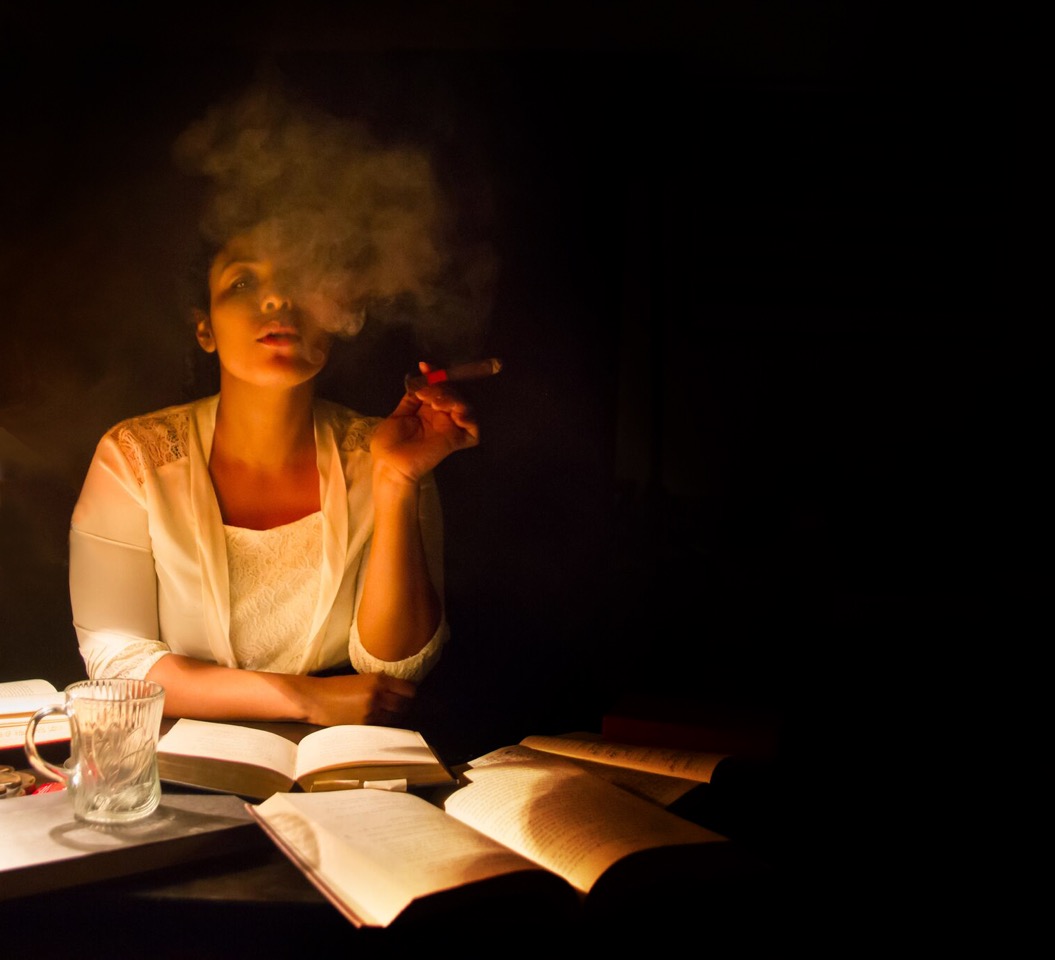 Philosopher Friedrich Nietzsche pined after her and she rejected his multiple proposals of marriage. She was the muse for German-language Poet Rainer Maria Rilke who fell in love with her and she remained his confidante for life. She was one of the first female psychoanalysts having convinced Sigmund Freud to accept her into his inner circle. Yet unless you are a Nietzsche scholar, you probably have never heard of Lou Salome.

LOU, written by Haley Rice and directed by Kate Moore Heaney features an all female cast and production team to chronicle the life of a mostly forgotten figure of the late nineteenth century.

LOU follows the life and academic rise of Lou Salome (Mieko Gavia) as she navigates the world of male intellectuals. We see her tutored in her youth by Henrik Gillot and later in her life working with Sigmund Freud (both played by Natasha Hakata). Lou Salome’s charm and intellectual preeminence is also revealed through her interactions with many of the male powerhouse thinkers of her time, including Paul Ree (Olivia Jampol), Friedrich Nietzche (Jenny Leona), and Rainer Maria Rilke (Erika Phoebus).

Born to a wealthy Russian family, as a child, Lou Salome loses her faith after her family’s servants trick her. They convince her to pray for snowmen she believes to be a poor family seeking shelter in a storm. After learning of the deceit, she declares, “God died that day,” and seeks out a new savior. Influenced by this childhood incident, Lou Salome is skeptical, discerning and undeterred in her quest for an intellectual equal. Ms. Gavia brings a brutish charm and scholarly confidence to the role of Lou Salome, as an ubermensch propelling the play forward.

Quality acting enhances both the dramatic and comedic moments of the play. In particular, Mieko Gavia carries the heavy burden of resurrecting Lou Salome and providing the wit, candor, and intellectual fortitude to go head-to-head with the well-known scholars of her time, who are still household names today. Olivia Jampol, who plays both Paul Ree and Lou Salome’s eccentric occasionally present husband, also steals each scene, displaying each character’s sexual frustrations with Lou in a unique and humorous way. When Lou and Nietzsche hit it off, Jampol’s portrayal of an annoyed third-wheel is worth the price of admission.

To tell the story of a woman who played such a unique and forgotten role would be difficult enough in a biography, but a play creates additional challenges. Like watching an episode of the Crown on Netflix, this play also made me immediately question what is historical fact versus artistic liberty.

Once I returned home I perused Wikipedia articles and stories about Lou Salome to parse fact from fiction. How has such a prolific writer who had a profound influence on both Freud and Nietzsche (among others) been all but forgotten? Although not uncommon, not every woman intellectual has been so easily forgotten, so what makes Lou Salome such a mystery?

The play is thought-provoking. Here is a woman who enchants men with both her charm and intellect, and succeeds in a society that all but closed off intellectual pursuits to women. Having only been introduced to Lou Salome through this play, I’m not particularly equipped to answer how she was seemingly so successful. But as a play, it’s an entertaining ride.

One critique is that the occasional modern colloquialisms and slangy profanity ekes its way into the dialogue and such language seems out of place. But overall, the play’s strong script along with the flamboyant costume design that complements each character creates a thoroughly enjoyable tribute to a remarkable woman.