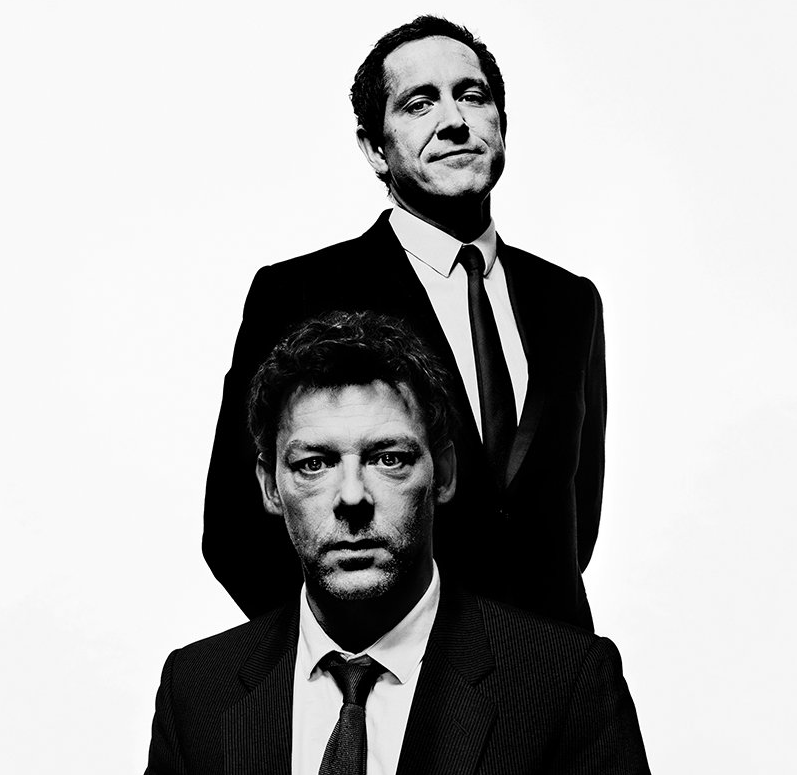 Ink at the Almeida

The big joke of Ink is that a play about a dumb, sordid newspaper is itself dumb and sordid. The audience doesn’t realise that, Rupert Goold doesn’t, James Graham doesn’t. But it is. Dumb. Sordid.

Describing a play as ‘sordid’ makes me sound puritan. But it’s not the content that’s sordid, although Ink is about a nihilist, it’s the hypocrisy of looking down on readers of The Sun while enjoying a lazy, facile show. Do I think the Almeida audience looks down on the tabloid-addicted? Sure. And I’ll never confirm that, but you can compare the demographics of the theatre and the newspaper, and note the audience laughing at the absurdity of the paper’s features for evidence.

Low-brow posing as mid-brow, with a glance downwards.

In 1969, Rupert Murdoch asked Larry Lamb, former northern editor of the Daily Mail, to edit the underselling Sun, renovate it, and overtake the sales of The Mirror within a year.

We see Lamb do that, using all of the dirtiest populist tactics available and giving the shortest of shrifts to principle. Get this: a nihilist — are you listening? — becomes more of a nihilist. Like in The Wolf of Wall Street or Nightcrawler or Goodfellas, or in half of all Scorsese films. But the thing about Scorsese is he’s Catholic, and audience-led condemnation fills the moral hole in his works: we become moral arbiters because the forces of good in these films do such piss-poor jobs. And what’s more, it’s not normally a case of ‘the good guys weren’t strong enough’. The story exposes a corrupt, enabling system that we the audience, the world, are spurred to change.

And 90% of the time that corrupt system is capitalism, or class (if one can’t subsume the other). In WWS, Jordan Belfort thrives by inspiring mobility. Lou Bloom’s Nightcrawler (not Scorcese, but relevant) must expand his business as the-end-in-itself. Working-class, Italian-American Henry can’t elevate himself without crime in Goodfellas. And all these antiheroes accrue wealth by exploiting basic, base human wants: power, blood and quick ecstasy.

Larry Lamb built The Sun off tits, laughs and the love of fame. That’s still how sensational tabloids work today. Ink moves its audience to condemn that nihilism, seek the system that erodes our principles and change it.

I bring up thematic stuff because it’s basically absent; hardly embodied, and when the populism and majoritarianism are discussed they’re discussed IN TERMS AS EXPLICIT AS POSSIBLE.

As in Lamb and Murdoch actually break up the action with dinners to discuss The Big Themes. Larry initially wants real journalism, Rupert wants to feed the masses. Then, in the most unearned about-face ever, Larry is super onboard with the populism to the point of straining even Rupert’s conservatism. What a meeting of the minds! (Yes, mob-rule isn’t the foundation of democracy. Yes, people have a right to enjoy the simple stuff. Is that it? Is that the core conflict of the play? Really?)

Speaking of conflict, there isn’t much. You know, conflict? The thing that makes drama? No? Lamb has an opponent in David Schofield’s Mirror editor, but the bugger does NOTHING, apart from try to win Lamb back in the beginning and invent the idea of magazine supplement. That’s it, and yet he gets SO much stage time.

The rest of the team assume the other opposition, but when their propriety is tested, they relent with ease.

And Murdoch complains a bit.

So the real conflict lies between audience morality and antihero, yet as said above, it doesn’t explore an inch of theme.

But a play doesn’t need conflict if it’s comedy. The tension of opposing forces is traded in for laughs. And Ink is comedic because it tells jokes, but they suck, being finely inoffensively innuendo and endless examples of ‘look at how weird/incompetent this person is!’.

Without drama and comedy, the play’s flagging… but wait! What about the fabled Headlong adrenaline shot of direction? Surely Goold, just as Herrin did with Graham’s hit This House, could stylise just about every element of the play? Maybe inject overloud music and non sequitur choreography into the scene transitions, because scene transitions are ALWAYS horrible?

That’s what Goold tries to do, but the musical accompaniment to and transition is a revolting, pale imitation of Powerhouse by Raymond Scott with the clack-clacking of typewriters instead of brass and a chorus of wan chants. Ugh. I know it’s industrial and ugly, but it doesn’t have to be that industrial and ugly.

And if you thought scenes were slipping a bit, the set puts a small platform on a mountain of pressing equipment so Goold can stage bits WITH LEVELS, because you never forget what you learned in GSCE drama.

I’ve read This House, which is Graham’s hit about parliament whips in the 70’s, and even though the characterisation stunk, the immersion took you in with insane specificity. You’d expect the same thing here, but seeing it onstage makes the structure fucking flop. It takes the exciting, frenetic parts of biopics — because biopics know where they’re going — and pumices their texture out, like the uninspired sequence of Assembling The Team, and the uninspired sequence of producing Lowest Common Denominator material, and the uninspired blah blah blah.

The only time stakes coalesce for Lamb are when a kidnapped woman’s life is threatened and when another woman has to inaugurate Page 3 with a nude photoshoot. But guess what? The decision to expose breasts is pitched as HARDER to make than the decision to condemn a woman to death. The Page 3 dilemma is literally the climax of the play! Maybe it’s because we see the victim of the photoshoot onstage, or that she’s young and attractive? I have no idea and I will never find one. I know why they’re in order — because chronology — but I don’t know why the hell Graham didn’t alter the ending.

The changeling-level of mixup aside, the Page 3 stuff has the chance to fascinate, but it’s stopped by two things: it presumes a woman can never to exploit her body for the male gaze, and the ‘victim’ of the antihero isn’t established as a real human.

If a woman’s humiliation after exposing herself is the HIGHEST STAKE OF THE PLAY then it embodies the idea that any woman’s desire to do so is backed entirely by internalised misogyny. Maybe we could have seen that tension between empowerment and internalisation play out, but we’ll never know because Pearl Chanda’s model is a cipher for Lamb’s character arc.

And what an arc it is… Lamb goes from ‘reluctant: I have principles!’ to unscrupulous peddler in seconds flat. He caves into Murdoch’s demands like he has no insides. Oh wait, he doesn’t have insides! His lead is as vacuous as everyone else, and Richard Coyle’s Hovis Soft White Medium interpretation doesn’t help.

I can’t rag on it any longer. Ink is bona fide slop with a touch of condescension. And the worst part is, it was the only play with a premise to draw me in this summer. I was cozened! Now I’ve no will to see anything until Oslo this October.