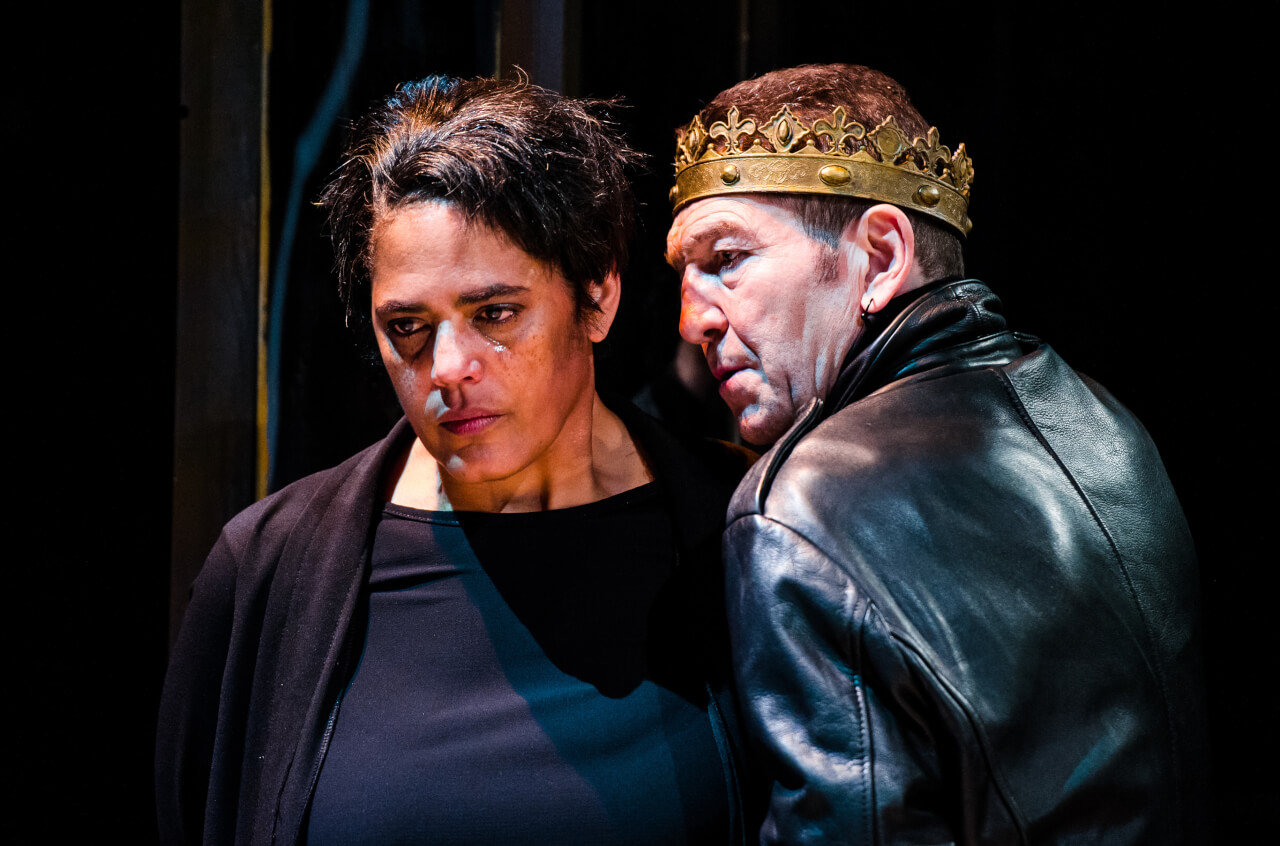 Richard III at the Arcola

I enjoy comic relief in a tragedy. Some say it butchers the essence of the play but I like it. Richard III at the Arcola takes a rebellious spin turning the hunchback king into a leather jacket-wearing sarcastic bad boy played by Greg Hicks. He turns to the audience and speaks in a way that makes us laugh and cringe at the same time. Fear not, it does not take away from his cruel mastermind plot to become king. Oh no, he’s as creepy as ever in this production.

As a quick reminder, Richard III is the man who killed virtually every family member or enemy that was in his way to become king. What stands out in this production is the acting. The boring lines we read in high school seem few and far between as every character is portrayed with vigor and passion. From the Duchess of York’s (Annie Firbank) vile speech to her son to Margaret’s (Jane Bertish) monologue after the death of Queen Elizabeth’s sons, the women in this production stand out. That is not to say that the men lack talent. On the contrary, Greg Hicks has us all shivering the moment he walks on stage, although his limp with a chain gets frustrating. Even the famous “A horse! A horse! My kingdom for a horse!” is well executed. Cruelty embodies Richard III in his every move and word; Hicks makes us hate him, which is exactly the point.

Despite this cruelty, there are a few moments when the audience is in stitches. The executioner (Mark Jax) at Clarence’s murder could have stolen the show. His mannerism and his fear to kill Clarence are exaggerated to enhance the comic relief. What is supposed to be a horrific scene was only horrific once Clarence was actually being stabbed. The rest of the time, the mood was light and comedic.

Designer Sarah June Mills’ costumes suggest “clean-cut hipster”. Richard wears rebellious leather while Lady Anne’s navy blue dress with fur and Queen Elizabeth’s gold-trimmed silk coat suggest understated royalty. In an effort to build out the world of the play beyond the theatre walls, sound designer Dinah Mullen uses ambient noise and dark classical music. At times, it works well, but in some scenes it simply seems as though the people outside the theatre are making too much noise. The idea was probably better in theory than in practice but it doesn’t take away from the overall performance.

Regardless of your preconceptions about Shakespearean tragedy, Richard III is anything but boring. Director Mehmet Ergen’s choice to make the audience laugh is bold and effective. Richard is still awful and no one leaves happy, but the audience leaves more entertained than expected.