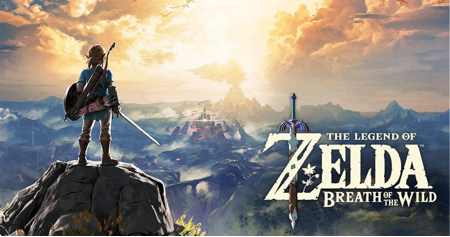 I’ve been thoroughly enjoying Zelda: Breath of the Wild but its portrayal of women is really brutal. With few exceptions, women in Hyrule are presented as meek, giddy, fashion-obsessed idiots who can’t get over how attractive Link is. I’ve encountered three different characters, across three different species, that need time to psych themselves up before speaking to a man. The clothing vendors are all women and one of them, in Haetano Village, stands in the corner and tends the shop while her husband sleeps and is so frightened of people she begins all her sentences with “…”

Even the Gerudo, the proud desert people living under a matriarchy, make pilgrimages around the world to find husbands. To get into Gerudo Village, you have to dress as a woman to pass by the guards. You discover this secret by speaking to a man who dresses in feminine attire and is presented as a terribly out-of-touch fey stereotype. Link’s appearance in female garb, and his subsequent shock and discomfort, is played as comedy. When the wind blows the man’s veil away it’s also revealed that his covered mouth is Caucasian, briefly suggesting the character is in brown face. (I’ve read two pieces that go into greater detail about this, one at Kotaku and one at Paste Magazine)

You do eventually meet the ruler of the Gerudo and she is not only a fierce, independent character who resents that she requires the player’s help, she’s also a teenager. Her bodyguard is overprotective but not stupid and the ruler’s control over her is firm, not shrill. I was so thrilled by these characters, which says more about how weak the rest of the female cast is than how great these two are.

One of the ‘strong’ women in the game is a treasure hunter you encounter across the world, often being menaced by monsters along with her brother. She at least seems to be capable but her interactions with Link and her brother reveal her to be bossy and rude, another out-of-date presentation of a strong woman. It also, indirectly, portrays her as a bad treasure hunter as she’s always found steps away from an easily seen treasure chest that her and her brother have been searching for for days. You’re able to take the treasure from right under their noses with no consequence.

And then of course there’s Zelda, who is given a bit more power and drive than in previous entries (Not as much as Ocarina or the first half of Wind Waker, but some.) however her english voice actor has been directed to play her with such a breathy, high voice that she is almost unintelligible at times. I’ve been told by friends of the actor who plays Zelda that she doesn’t sound like the character at all and that this portrayal isn’t her usual hit. I assume this was a director’s choice and the game is weaker for it. At least she gets to wear pants and a colour other than pink.

For a game which takes so many cues from Studio Ghibli’s Princess Mononoke, which has four super strong female characters with complex motivations, this is really disappointing. Even two minor characters at the beginning of that film, with probably ten lines between them, are drawn with more care than the title character of Breath of the Wild. Japanese games tend to be pretty far behind in terms of their portrayals of minorities. Last year’s Final Fantasy XV has an embarrassingly over-sexualised mechanic character the game forces you to watch wash your car if you gas-up at her service station, and two similarly vapid princess characters who are solely motivated by their attraction to the main (male) character.

I realised midway through last week, after five days completely lost in this beautiful world, that myself and the friend who’s been watching most of my playthrough were cringing every time a woman appeared, hoping with diminishing faith that this one wouldn’t elicit a sigh due to her helplessness or vapidity. A women sitting by a cooking pot gives you vital information about how to make elixirs to survive the harsh cold of the mountains. I blew through the conversation, thrilled to hear from a capable woman who made no mention of either my gender or hers. I took notes on her suggestions and was eager to set off and explore the mountains, equally buoyed by this positive encounter. Then, at the very, very end of the conversation, she slips in a “But maybe you could just stay here, tee-hee.” “Goddammit.” I said out loud, alone, in my room. They couldn’t let one NPC slip by. Someone at Nintendo got paid to write out “tee-hee.”

Breath of the Wild is a game that so completely shakes up the bedrock of its genre, that brings a welcome freshness to Zelda, open world games, and videogames in general through its respect for the intelligence, curiosity, and tenaciousness of the player but it’s a shame it doesn’t have the same respect for women.