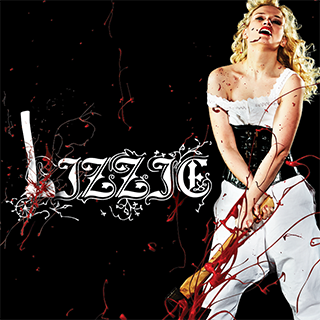 Lizzie at the Greenwich Theatre

With a rock opera-esque musical, you usually know the kind of thing you’re going to get: a focus on song over story, a tendency for melodrama over subtlety and a production design which more resembles a rock concert than a traditional stage; these quirks can succeed if the songs and performances are strong. Lizzie adheres to most of these quirks, albeit with an atmosphere more akin to a rock-metal concert than the usual soft-rock ballads of productions gone by, such as the Queen-inspired We Will Rock You. However, much like We Will Rock You, Lizzie suffers from many of the pitfalls to which rock operas are prone, with a muddled and undeveloped plot and a plethora of songs—though competently and powerfully sung—which blend into one another and fail to distinguish themselves enough to be memorable.

Presented by Fredericia Teater, in association with Aria Entertainment, Lizzie is an adaptation of the story of its titular character, Lizzie Borden, based upon the real-life late 19th-century American woman who, it is widely speculated, brutally murdered both her father and step-mother with an axe. An all-female, four-person cast tells the tale of the murder in a (mostly) chronological take, albeit with some theatrical flair thrown in. Primarily through song with very little dialogue, Lizzie adopts a gothic, rock-metal, post-The Runaways vibe, with belting aplenty and an anti-establishment sentiment that accompanies the show’s gruesome and often troubling subject matter. As such, the central cast (Bjørg Gamst, Jodie Jacobs, Bleu Woodward and Eden Espinosa) bellow out tune after tune—which acts more like atmospheric backdrops than additions to the plot itself, with scenes moving from Lizzie’s desire to fly away from her predicament at home to the intrigue and plot which preface the murders themselves.

The trouble with this approach is that the plot largely plays second fiddle to the performances, which is a shame given how potentially intriguing the story of the Bordens is. As talked about before, this wouldn’t be so much a problem if the songs themselves were strong enough to sustain the narrative. The problem is, they aren’t. Most of Lizzie’s score involves belting, sometimes bordering on shouting, much like those over-sung auditions on TV singing contests such as The X Factor or The Voice. These would be fine if there were few enough of them to not be repetitive. Regrettably though, song after song seems to follow this approach, leaving the audience likely to tire of being pummelled continuously by what seems like the same elements over and over again. The plot is largely forgotten in this regard, with the audience left to fend for itself as the musical progresses toward its eventual conclusion.

The score aside, the set, lighting and production design by Martin Jensen, Bo Kudsk, Anders D. Jensen and Jens Frausing are well-thought out and executed to a standard of quality not normally found in off-West End venues. They are certainly worth a mention for adding to the overall-rock concert feel of the show, though it is a shame that the production doesn’t take its foot off the pedal long enough for the audience to fully appreciate them.

Lizzie is a show which may prove divisive. If you like rock operas which lean more on the concert performance side, and particularly if you are into gothic rock-metal, you will probably find a lot to like. But, for those such as myself who prefer more narrative productions, Lizzie will probably not be your cup of tea. An interesting premise with a flawed approach, the show is an intense yet unfocused piece that is more likely to leave you keener to read more into the backstory than have you crying for an encore.