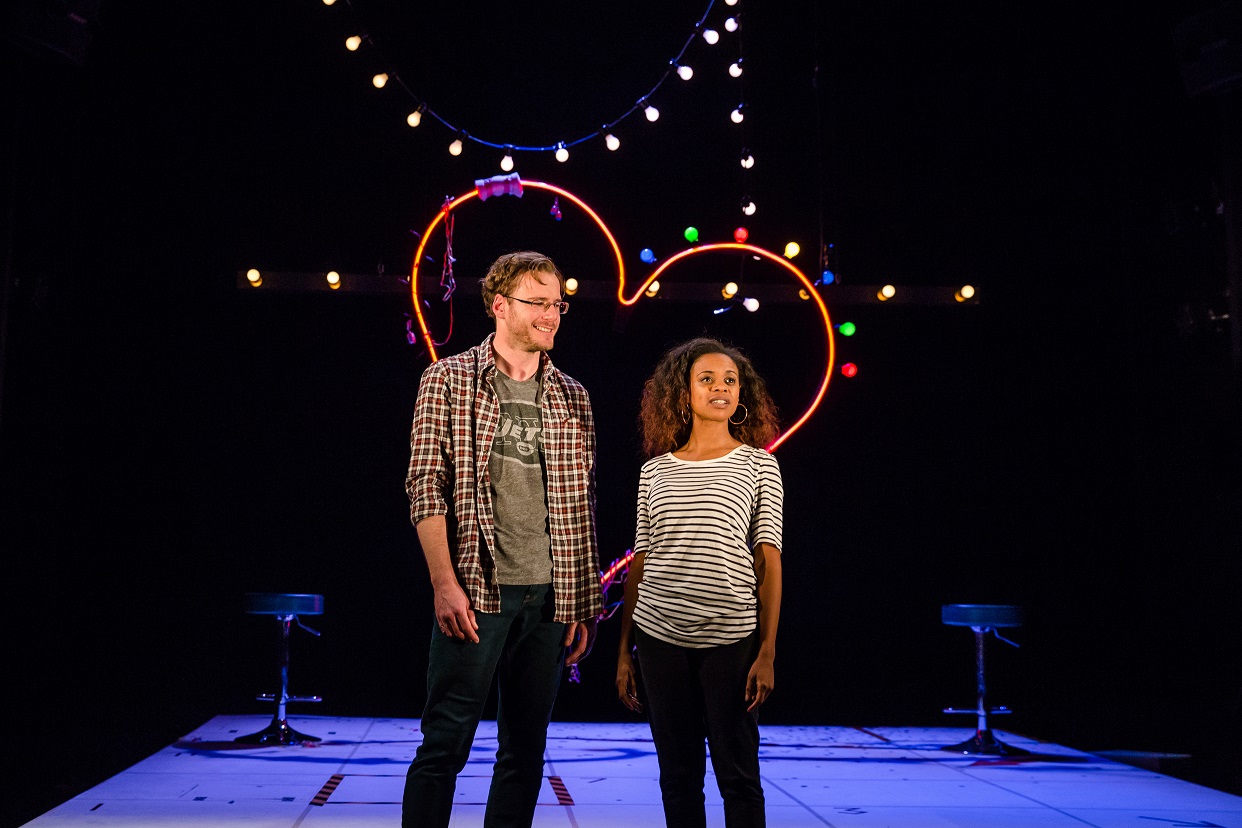 Dirty Great Love Story started as a 10-minute poetry duet featuring the two writers, Richard Marsh and Katie Bonna. It then went on to Vault Festival, Edinburgh Fringe and became a massive success in various theatres across the UK. Poetry in a play? I was reluctant, to say the least. It seems that every time we as audiences are presented with something unorthodox, we tend to regard it as weird before even seeing it. The trick is to go in with an open mind. Once I did, I was hooked, and you will be too.

Dirty Great Love Story is a story of love at first… night. Richard (Felix Scott) meets Katie (Ayesha Antoine) in a club in Bristol and the two wake up the next morning in a hotel room together. What follows is the most frustrating quest for love. He likes her, she’s getting over someone else (only referred to as “you know who”), then she likes him, he has a girlfriend, and at some point, I gave up. My only hope was the title of the play, so I thought to myself “there has to be a happily ever after”.

The chemistry on stage is fantastic. Sexual tension, hatred, flirtation- it’s all there as the actors show off their versatility in multiple roles including the leading lovers, their friends and their rivals. Director Pia Furtado partners with lighting designer Mark Howland and set designer Camilla Clarke to create a host of distinct settings with little reliance on props or cumbersome transitions- the floor lights up and the room becomes a nightclub; a green umbrella sets the stage for a summer barbecue and when the umbrella closes, it’s a Christmas tree.

Dirty Great Love Story is an inescapably 21st century story, from Katie’s wheat intolerance to her best friend CC’s over-reliance on text talk, but the message is classic: “the course of true love never did run smooth”.