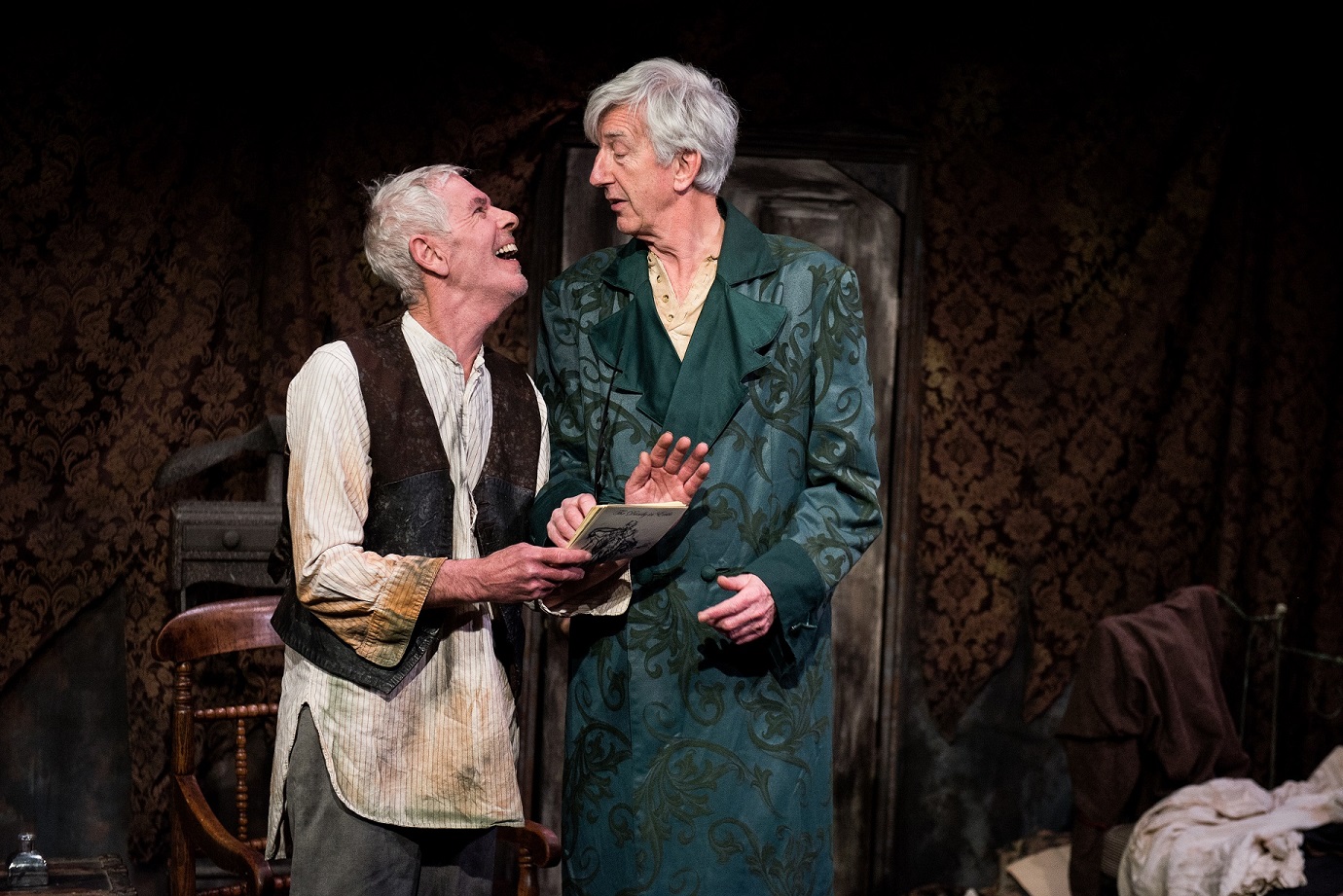 Beau Brummell, if you aren’t acquainted with this name, was one of the first “celebrities” of 18th century Britain. By celebrity, I mean the first person that was famous for…well…not that much. Consider him the Kim Kardashian of his time with a much more eloquent vocabulary. He was obsessed with fashion and changed the way men on Fleet Street dressed. Later in life, he took too much of a taste for gambling and was forced to flee to France to avoid debtor’s prison. This is necessary context to understand why such a famous man ends up with stained shirts and a tiny bathtub in a dirty apartment in Calais at the end of his life. The play is a comedy but the effect isn’t all that laugh-worthy.

Helen Coyston’s design was the perfect setting for the story. Elements of nobility remain in the room, be it his few clothes left or his quite random statue in front of the changing area. As I walked in, I was drawn to the look of sophisticated decay, not knowing very much about Beau himself. It’s a lovely set; I will give it that.

The story has potential but the storytelling is boring. Some of the jokes made me smile but few actually made me laugh. Beau Brumell (Sean Brosnan) goes mad at the end of his life but the performance is so broad that it’s difficult to tell if Beau is faking it or if Brosnan’s performance is simply unconvincing. He talks to himself, convinced he is about to welcome the Duke of Norfolk into his home, while his servant (Richard Latham) tries to explain that no one is there. On that day, his old friend the Prince of Wales, now King, arrives in Calais. Convinced he will stop by for a visit, Beau prepares himself in the fancy clothes he has left from his rich life. As he dresses, the lighting changes with quasi-religious music in the background, as if it was God getting dressed. It was a solid effort to illustrate the importance Beau granted to himself, if a little on the nose. Beau’s servant keeps asking him how to be witty but I’m not convinced that Beau had any actual wit. He was simply too self-absorbed to find anything bad about himself but objectively was just good at putting clothes together.

If you’re a history buff who happens to know everything there is to know about this 18th century character, go see Beau Brummell. If not, I would pass on it. It’s funny but not hilarious and the execution is iffy at best.