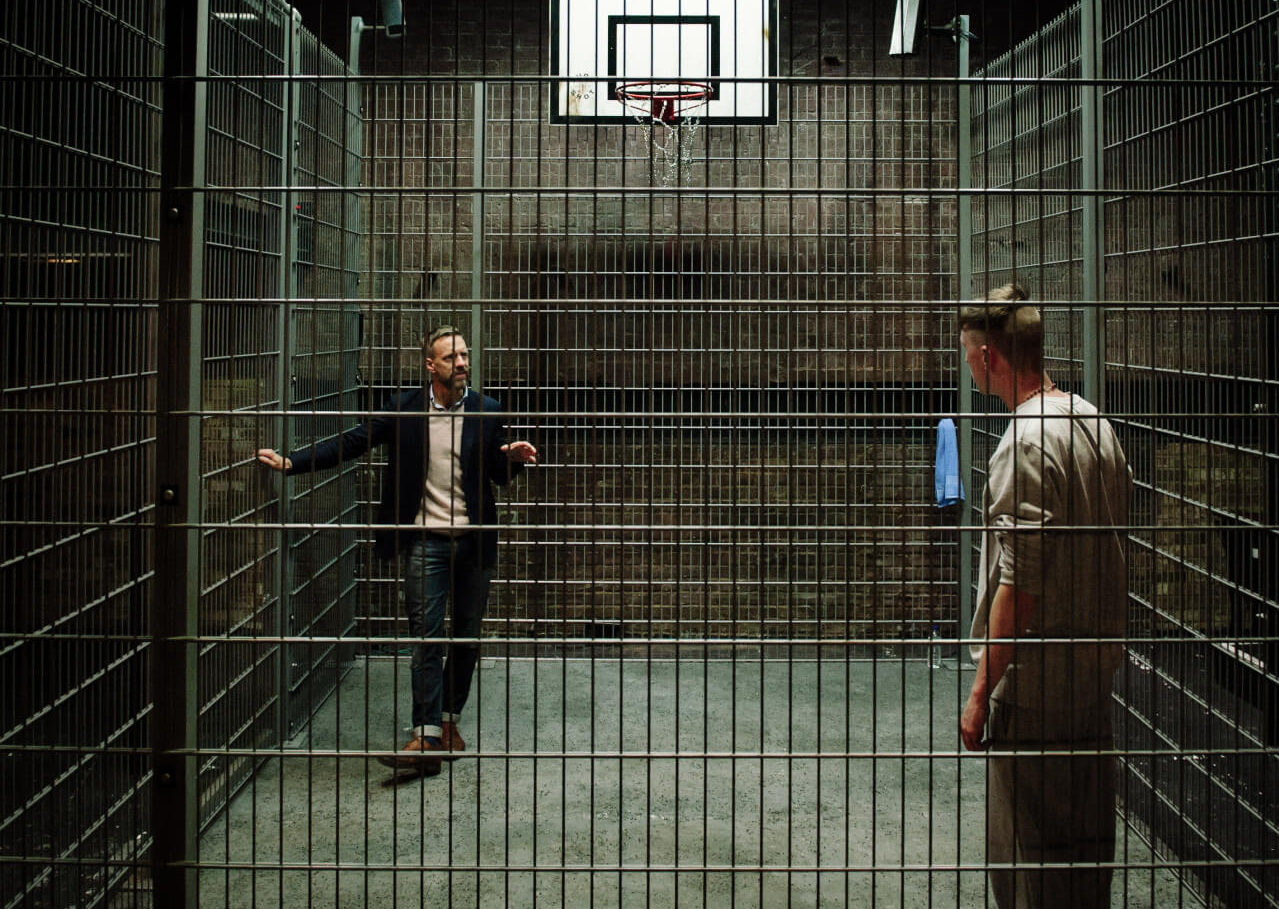 Thebes Land at the Arcola Theatre

Patricide is not a subject many people wish to tackle, especially not in the confines of the theatre. Thebes Land tells the story of a man, who calls himself T, writing a play about a patricide named Martin. The show encompasses both the interviews between Martin and T and the rehearsals leading up to the show with T and Freddie, the actor hired to play Martin. This may sound disorganised and, in a way, it is: it represents the struggle of wrangling an artistic vision on paper and then bringing it to the stage. However, this adaptation and translation by Daniel Goldman (of the original text written by Franco-Uruguayan Sergio Blanco) is fascinating. Unlike Oedipus, Martin knew he was killing his father. How could he commit such an atrocity? And why would anyone want to write about him?

Audiences are slightly terrified at first when T, portrayed by Trevor White, states that the actor on stage is the actual prisoner, that Martin is the real Martin, locked up in a 3-meter high cage—such was the initial plan, but the Minister of Justice decided against it at the last minute. Maybe it is for the better, though. Some spectators might not have been to keen to know a killer was sitting just seats away from them in the room.

Emotionally wrenching does not even begin to describe the show. First, there is a hysterical scene where Freddie, played by Alex Austin, and T dance to Whitney Houston. We should not laugh and yet the scene is too funny to stay quiet during. Later on, Martin reenacts killing his father and the power of the scene brings frigidity to the space because it all feels too real. The way the actors can shift the mood so quickly is a testament to the tremendous strength of the performance. It feels like theatre that is too close to reality. It can sometimes be confusing to understand when the rehearsals start and when the interviews end with Martin and T but, aptly, this confusion adds to the artistic complexity of the night.

Thebes Land is not for the light-hearted. But for those who enjoy a high quality of performance dealing with a difficult subject, you won’t be disappointed. T teaches Martin about Oedipus and Dostoevsky, and Martin teaches T that things are never as they appear on a prisoner’s file. The Arcola never fails to disappoint at finding the strangest and most captivating pieces of theatre.