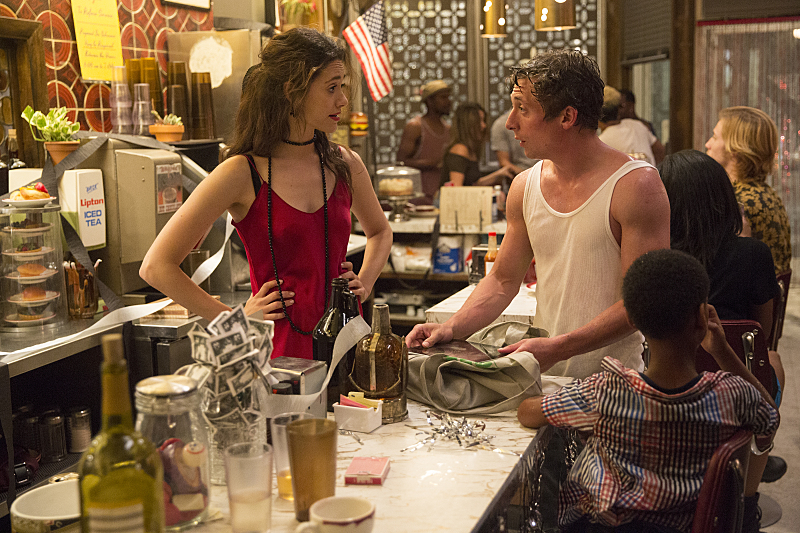 “True Love” is a sporadic feature in which I tell you about things in pop culture of which I’m an unabashed fan, whether it’s an embarrassing thing to admit or not. Love is how we all felt about Parks & Recreation, True Love is maintaining that Super Fun Night was the most interesting new sitcom in years even though I’ve yet to encounter a single person who agrees with me. This series highlights all of my favourite things, no matter how silly, dated, un-news-worthy or generally maligned and/or ignored they may be.

Showtime cares. They really do. In a year when nothing is going right and our heroes are literally dying all around us, the second-fiddle cable channel aired two seasons of Shameless. That might be a coincidence, a happy programming quirk, a sign that they’re not confident enough in their other shows, but I’m choosing to believe that they did it out of the kindness of their hearts because two seasons of Shameless in one year might literally be the only great thing about 2016.

I try not to use the word “best” because of how much it annoys me when people who don’t watch my favourite shows call their favourite shows the “best thing on TV”. There is no such thing as best- the landscape is too large and the medium too subjective for that- so all I have is “favourite”. That sounds a little bit lame, a tad too subjective. You hear “favourite” and you think about subjects and styles one has a pre-disposition to enjoy like how I love Breaking Pointe and Pitch and The Mindy Project because they’re about ballet, baseball, and Mindy Kaling finding love with her clean-shaven comedy crushes. That’s not what I mean when I say that Shameless is my favourite show on TV. It’s not that I necessarily enjoy Shameless the most out of all the shows I watch (I’m going to level with you, that’s probably Survivor. I don’t get it either), I’m just kind of in awe of it. How do I care so goddamn much about these fictional humans in a world so far from my own? I come away from Shameless every single week feeling as though my cold, critical heart has been shaken free of its “I’ve seen it all before” cynicism and I honestly don’t know how they do that.

My suspicion is the title. Some of the shit that goes down on Shameless is insane. It’s extreme and alienating and sometimes unlikely but that’s how the characters keep growing and the world keeps expanding at such a consistent and sustainable rate. It’s as if the writers push and push and push because there’s something in that next batch of crazy shit that they want to explore and, instead of worrying about rules- Are the characters still likeable? Will the audience understand? Is that offensive?- they embrace an underlying philosophy of shamelessness. They can, they did, let’s see what happens.

They write out major characters (see ya, Jimmy), blow up key locations (literally, Sheila’s house blew up) and keep on keeping on. Binge culture, streaming services, and the rise of anthology storytelling (and the flexible artist contracts that come with it) have in recent years been chipping away at the foundational television formula of building a world then telling stories within it but it’s that very formula that makes Shameless both richly rewarding and seemingly indestructible.

There are so many well-developed characters that both series stars William H Macy and Emmy Rossum could take a season off to do a movie and come back to a South Side that’s been through a lot more but is still very much alive. Season six (which aired this past winter) was highlighted by Ethan Cutkosky in a blistering arc that pushed Carl’s cultural appropriation past a dangerous brink (at one delirious point they subtitled him!) and delved further into the brutality of the South Side setting to test the boundaries of when comedy becomes tragedy. Season seven (airing now) wrote Carl out halfway through. That’s like benching a starter the year after he wins the Cy Young; there are only two reasons anyone would ever do that: 1) there are plenty of other all-stars on the roster, 2) you’re a little bit crazy. Since 17-year-old Cutkosky is at the bottom of my list of cast members I suspect might want to leave one day*, his (temporary) absence likely speaks to nothing but a crazy call by a team of writers who refuse to let anything other than story dictate their story.**

I never tell anyone that they should watch Shameless. I don’t know that you could just jump into the middle, or that what makes the show special is necessarily evident in the pilot. You have to watch it all, spend your time in this version of the South Side, go through it with these people. So much it. One of the most moving elements of the show is watching Lip react exactly as you know he will, his unique psychology having been so well developed by the writers and the incomparable Jeremy Allen White over seven seasons that you find yourself thinking “don’t ask Lip, you won’t want to hear his answer” or “he’s too proud to admit that” just before he proves you right. The ticking time bomb of his inherited problems with alcohol has been a fascinatingly visceral thing to experience; we saw it before he could. Pretty much every major character feels that familiar. At one point this season, Lip asks Fiona “what’s the most Debbie thing Debbie could do?” and we know the answer as much as she does. That kind of deeply thought-out performance and focused character writing isn’t something you can notice in one episode for the same reason there’s no way in real life to tell if a stranger is acting out of character.

I want to say that Shameless is the best show on TV. But I can’t. It’s beautifully acted, smartly written, well production designed and all that stuff, but what does all that mean, really? There’s no spreadsheet or point system that can prove it does those things better than any other show, nor is there any guarantee that we’re looking for the same things when determining the definitions of “beautifully”, “smartly” and “well”. Despite the 1000+ words I’ve just written, I have no way of really explaining to you why Shameless works for me even with its lack of ballet, baseball and Mindy Kaling finding love with her clean-shaven comedy crushes. I don’t know why I think it’s funny when I don’t think that many things are funny. I don’t know how it makes me cry or care or contemplate as much as it does. I can’t say it’s the “best” because I can’t qualify the Shameless effect. All I know is that, when an episode of Shameless is over, I don’t move on right away. There isn’t any other show like that.

* #1 on the list is Cameron Monaghan. His career is starting to take off outside of the show (that Gotham role really did it) but he’s not established enough (like Rossum or Macy) to ask projects to work around his Shameless schedule. If anyone bails before cancellation, I’d expect it to be Ian.

** Why else would they give fan favourite Mickey Milkovich an 8-year prison sentence for attempted murder basically guaranteeing he’ll never become a series regular again? Guys, I miss Mickey.