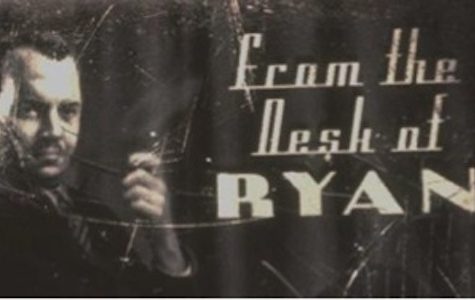 *Heads up: spoilers for all the Shock games inside but mostly for System Shock 2 and BioShock.

System Shock 2 is a landmark moment in video game artistry that almost no one played when it first came out. I don’t know why I bought it. Perhaps its connection to Thief, or maybe at a young age I already had developer loyalty: certainly I was a close follower of Origin, LucasArts and id. Looking at my work and my influences now, the appeal of SS2 is obvious, its themes ones that I’ve been attracted to for most of my career: a rogue, insane AI, a ghost ship where the protagonist is one of the only survivors, a bio-organism run amok, paranoia and claustrophobia and betrayal. At the time of its release, however, had I known it was a horror game I probably wouldn’t have picked it up. I would have missed out on a formative storytelling experience.

Even if I had missed SS2, however, I certainly would have played BioShock. In the years between Irrational releasing System Shock 2 and BioShock, the world of video games changed dramatically. Everyone at Irrational wanted to make another Shock game but they couldn’t get a publisher to sign on to a high-concept spiritual sequel to a cult PC classic. The fact that BioShock got made is a win for big ideas, the fact that it plays so well is a strong argument for letting developers alone, and the fact that it sold so well it spawned a franchise and, arguably, changed video games forever is nothing short of miraculous.

The difference between System Shock 2 and it’s slick, big budget spiritual sequel is only skin deep. The mechanics of both are extremely similar, right down to the pipe dream-like hacking minigame. Both present an irresistible blend of first person shooter/RPG/stealth gameplay with best-in-class environmental storytelling and smart, complicated themes. My favourite thing about all the Shock games, from the original System Shock to the poster child for ludonarrative dissonance, BioShock: Inifinite, is the subversion of the video game power fantasy and the illusion of narrative volition. Both SS2 and the original BioShock twist around a midgame plot point that is a condemnation of ‘player choice’ in video games, both of which are sickeningly effective years later.

I had truly forgotten how special and rare BioShock is until this week. Irrational released a Trilogy box on PS4 and Xbox One, bringing the series to the current generation of consoles. The Shock series has always had roots on the PC, where a weird hybird sci-fi title could find an audience in the 90s DIY desktop market, so users who had copies of the original BioShock and its (underrated) sequel received a free upgrade to the ‘Remastered’ versions on Steam.

There are plenty of articles about whether the Remastered editions are truly graphical upgrades. I’m not interested in the FPS FOV circlejerk but I will say this: this is absolutely a game where the art design trumps the technical achievements of the engine. There are moments where the Unreal engine that powers BioShock shows its age, mostly in the breathtaking opening sequence where a Bathyscape takes you on a tour of Rapture, the city under the sea, where some of the models look a little flat and overlit. This represents maybe three minutes of graphical flaw in a game of overwhelmingly confident art design and execution.

The game leads you on a claustrophobic journey through an Objectivist haunted house, an art deco architecture coffee table book come to life, with Jules Verne steampunk tech blending perfectly with mid-century Gatsby excess. You see every part of Rapture: the wharf, the arboretum, the pulsing copper heart of the city, but there is always a sense that the city sprawls beyond what you’re shown, that you’re scurrying like a rat through the ruin of a place you were never welcome to in the first place. (Mark Brown at Game Maker’s Toolkit just did a great video about Fort Frolic so I won’t be covering it here but if you’re intrigued by this article, it’s worth a watch.)

But, as it turns out, you are welcome to it. As an example of environmental storytelling, BioShock is as exquisite an expression of the form as any Dark Souls title, but with a Western sensibility to actually tell you where you’re going and why. Little things, like crates full of Bibles labelled as ‘smuggler’s crates’ by the game’s UI, to more overt symbols such as the horribly crucified ‘patients’ of Dr. Steinman. There is depth and clues for those who go looking, but the game very much urges you toward simple goals. This handholding is central to the game’s big twist. If you don’t know what the twist is, well, sorry I just told you there even was one and stop reading now if you care about such things. Speaking as someone who doesn’t care about spoilers, the way the game handles the reveal is worth experiencing first hand.

“Would you kindly?” is BioShock‘s Chekov’s Gun: it’s PLASTERED all over the game once you know to listen and look for it. It’s even, thanks to the new Remaster, clearly visible on the package the player looks at on the airplane in the opening cinematic. I’d like to focus on that first shot, actually, because it’s a terrific rebuttal to the point I made in my Deus Ex: Mankind Divided article: everything they show you matters. You get a title card showing the game’s unique setting and time period, you see the only part of your character you will ever see, his hands, whose wrist-printed chain tattoos are a massive clue, and then the game tells you a truth (“They told me: Son, you’re special. You’re gonna do great things.”) while they show you a lie: the quote from Tanenbaum and Fontaine the truth, the photo of your ‘parents’ a lie.

The linearity of the experience is subverted by the use of audio logs, a tired convention now but it was still novel in the mid-2000s. The audio logs scattered around Rapture tell the story of the four main villains of BioShock in piecemeal, out of order, and requires you to put it together yourself. There are hidden logs too that give you hints to the lies: an early hidden log discusses the bathyspheres being reprogrammed to only respond to Andrew Ryan’s genetic code but the reprogramming is dumb, it can still be used by anyone in his genetic family. The fact that you, the player, can use the bathyspheres is easy to dismiss as video game logic overriding plot but, as you find in the mid-game, is actually a cute tease to your true identity.

That identity, as assassin, interloper, heir, and puppet, actually serves the brutally fast guns and magic gameplay, something video games are struggling with in the current climate which I have written about before. Your enemies, the Splicers, are damaged, paranoid addicts and prey on upper-class fears of mental illness and homelessness. In an audio log you learn that the city’s ‘Council’ exposed the residents to the genetic magic of ADAM knowing they would become addicted to it, which is seen as good business. The philosophical struggle between Ryan’s human-first sensibilities, Tanenbaum’s drive for science, and Fontaine’s need for individual power are at odds only because the three cannot sit on the throne of Rapture at once: the flaw of a society built on Objectivism, where art becomes reality and laissez-faire capitalism pushes the underprivileged into the dirt.

This poverty is again exploited by the Council in the form the Little Sister’s Orphanage, where the children of the poor are mutated and turned into slaves, their dive suit wearing protectors the working class being used against itself. BioShock presents a terrible social nightmare, an Ayn Rand novel in video game form, creating a flawed utopia that feels more like a Myst game than a shooter at times. Playing through it again reminded me, oddly, of Alien: Isolation: another high budget niche title that shouldn’t work as well as it does. I wonder if there’s a way to play BioShock as a slow-paced stealth game, skulking in the shadows like the rat Ryan accuses you of being from the beginning, rather than the spliced-up power fantasy the game creates for you. The game hints at this option, with powers that quiet your footsteps and buff your wrench against unaware enemies, but the manipulation at the game’s core means these powers are yet another fantasy. The story is always driving you to be this special interloper, the wrench that will shatter the Great Chain, even as it remains tattooed across your wrists.