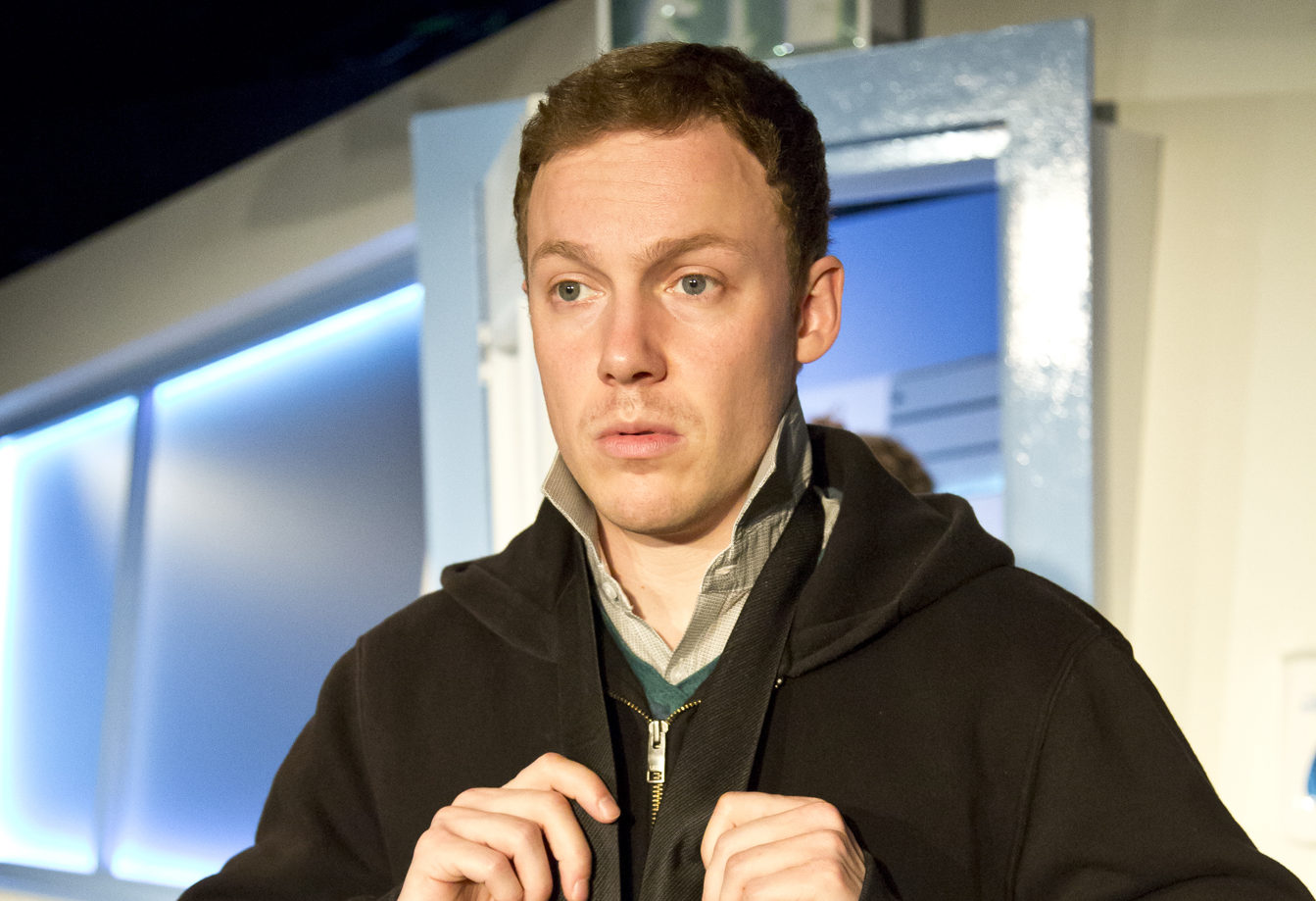 There are, or at least have currently been presented, two ways of tackling autism on a London stage, and this probably goes for other mental illnesses as well: a subjective and an objective approach. The subjective integrates symptoms into a play’s form; the objective doesn’t. The Curious Incident of the Dog in the Night-Time is subjective, since Christopher’s mind is realised onstage. Plastic Figurines by Ella Carmen Greenhill is objective, and that suits it. Possibly.

Rose is a full-time carer for her autistic brother, Michael. She didn’t use to be. Her mother looked after him while Rose was free to conquer the world, but her mother died. It’s doubtful that Michael has autism proper, rather that he has Asperger’s syndrome: he can speak but he misunderstands expression, body language and vocal emotion, and has otherworldly focus on certain objects.

I know people with Asperger’s and Greenhill definitely knows those with it too, because the quirks are wholly realistic. In his performance, Jamie Samuel channels energy away from social subtlety and into offbeat fixations with grace, so he’s never in danger of caricature. The fear with a piece like this is that the picture of Rose’s job isn’t compendious—that it makes care look either easy or else a life of non-stop torture.

Gladly, full-time care is shown a two-handed task. Michael, in his monomania and innocence, is charming, though he’s also interminable. There is reason to get angry at him, and the real kick of the production comes in moments when the audience is as irritated with him as Rose is. I use ‘irritated’ over ‘frustrated’ as I used the latter extensively in my last review, yet it’s super apposite here (and I’m sneakily using it apophatically): in the sense of being angered and also prevented by Michael, Rose is frustrated. She’s lost her chance at unburdened life—although, strictly speaking, despite the reference to a limited NHS there’s no argument presented as to why Michael wouldn’t thrive with a full-time carer. Regardless, the fact that we get pissed off with her brother is good. It recognises her and our humanity but, more importantly, his. It’s like the recent plaint in the Guardian to stop calling all Paralympians ‘inspirational’: you pedestal the disabled when you heap praise without room for criticism. Children are regarded perfect because they lack true agency; disabled adults have agency (which is limited in only specific ways), so don’t tokenistically send good words when you’re not willing to send the bad. Essentially, Michael should annoy because it’s what real people do.

Past the pleasant flaws, I unfortunately couldn’t connect with much else. The monologues to mother and the music are tearjerky and I wasn’t fully sold on the objective take. Certainly, the unvarnished symptoms spark more analysis than an expressive thrill ride, and the subjective way is technically quite cynical: it assumes that you need formal excitement before sympathising with an Other character. However, at the same time, constructing a narrative from Rose’s POV means that Michael’s concerns are backgrounded. Adam Quayle’s direction is faithful to this naturalistic notion but annoyingly, the most revealing sections of Plastic Figurines are located within Michael’s breakdowns, when something so disturbs him that he is reduced to cries and aphasia. When the language disintegrates along with any comportment, this is where we get an idea of Michael’s inner life, and this crucially balances Rose’s perspective. Though there’s not enough. Oddly, the subjective bent is manifest in Kate Scott’s set, where a centre-stage door is set into foreshortened, perspective-warped walls, which break the naturalism. His fondness for straight lines considered, Michael would despise this design, ironically.

Box of Tricks, the company behind the play, have done ample work through Plastic Figurines. While I didn’t see something particularly feisty, it can still be said—at least in my experience, which is markedly not that of a carer—that Greenhill doesn’t get Asperger’s ‘wrong’ in her work, and that is a pretty commendable achievement.