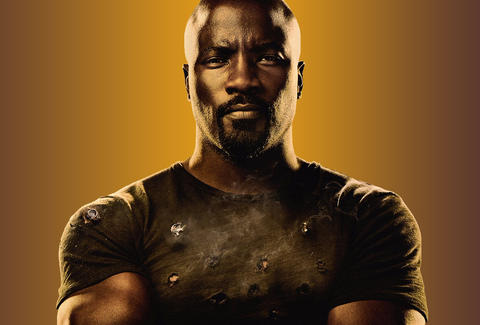 We live in a world that is full of people. We see some of them every day, we recognize the big names and the prominent celebrities, but we also face familiar individuals, people that interact with us on the interpersonal level, individuals who do not affect the world at large, but small parts, microcosms, samples of the whole. Moving through this environment, they can often be mistaken as the background, as pieces of our setting rather than characters within the setting itself. We come into conflict with them when something we don’t like happens, we become obsessed with them when they develop mystery, and when they are replaced, we either mourn their passing or forget about them quickly (often, we do both).

Harlem is the same way. The legendary figures of Harlem, its legendary places and landmarks, all of those are known the world round. But for those of us who cherish it, we see the people who live there as larger than the Apollo, more grand than James Reese Europe, more fraught than the lines between Spanish Harlem and Black Harlem. The barbershops, the basement lounges, the fried chicken joints and takeout Chinese establishments – they are full of rich characters, not because they are caricatured, but because they are multitudinous, they are legion, they are the tapestry of Harlem and they breathe life into their world.

Harlem is our setting for Luke Cage, Netflix’s much-vaunted series centered around the bulletproof “Powerman” of Uptown. Introduced to us in Marvel’s cinematic universe in Jessica Jones, this intense superhero is actually one of the comic book publisher’s oldest characters. He was showing up as a Captain America baddie way back in the 50s and 60s, wearing a poorly mangled clown costume before his transition to awkward disco clothes and steel jewelry in the 70s. Modern iterations of his character have stripped him down to the basics: tight-fitting clothes, bald head with a slight goatee, and a driving sense of place, of home. My favorite Powerman story, Luke Cage Noir, places him in Harlem in the Roaring Twenties, all decked out in a suit and fedora. But more than the costumes, the most enduring and endearing feature of Luke is his relationship to Harlem. There is a sense of urgency in his presence, and the city responds to him, almost like it needs him. Not as a protector or a role model – there are plenty of those – but as an icon, as something that represents African American culture, the inherent strength and indestructibility of Black America.

And just as our hero must stand for what is irreplaceable and powerful about Harlem, our villain must stand for its ills, the elements that smile with their words but take with their hands. Cottonmouth, played in the show by Mahershala Ali, is our man, the owner of Harlem’s Paradise. In the comics, he was a drug peddler who got involved in a scheme to frame and kill Luke Cage. But now, he deals in the worst possible traffic in Harlem – guns. Yes, we’ve arrived at the more political bent of the show. Cottonmouth had three teeth knocked out of him when he was young thug. This is where he was weak, in the old school, the world he claims to love, but truly despises. So he sells guns, high-tech military equipment, the peak of the killing world. He’s obsessed with lethality, consumed with murderous desire, and controls Harlem with money, firearms and sheer terror. He may not be Kilgrave, Loki or even Zemo, but he’s an absolute horror to his world, and just as compelling in his crime lord role as Vincent D’Onofrio’s Kingpin.

But these are the big figures of Harlem as we know it in Luke Cage. They are what motivates the plot, but they don’t give us the moments that we love, the little scenes that break our hearts. Pop, another thug from the old school, has reformed into a sort of community mentor, who can crack out a one-liner like popping the tab on a soda can. Mariah, Cottonmouth’s cousin, is a black female politician in Harlem, who is trying to use dirty money to make Harlem a better place. Rosario Dawson reprises her role as Claire Temple, the superhuman community’s doctor. Detective Mercedes Knight, Zip, the consultant Shades – even Scarfe, the only white lead supporting character, is compelling. We have a lovely bunch of interwoven characters to give us the rigamarole, to paint us a picture.

So watch the series, enjoy the world of Harlem, but keep both eyes on the characters. Think about Diamondback and his mysterious role as Cottonmouth’s backer, but observe Cottonmouth’s associates, too. Watch Genghis Connie and Luke Cage go back and forth over rent money. Look for the real issues underneath the plot, the bits of what’s real in Harlem, the struggles of the everyman. It’s there you’ll find what’s so precious to the city, what makes Luke Cage a show worth watching.